Advertisement
HomeBOLLYWOODEXCLUSIVEPeepingMoon Exclusive: Karan Johar would ask me which outfit I wanted to wear, now he is one of the biggest celebs in Bollywood- Satish Shah on Dilwale Dulhania Le Jayenge

It is nearly impossible to erase Dilwale Dulhania Le Jayenge from the glorious years of Indian cinema. Starring Shah Rukh Khan and Kajol in the lead, the Aditya Chopra directorial broke all records. Classified as an evergreen love story that has Indian values as the foundation, the romantic drama took us on a journey of our lives.

Making a film of this stature is no mean feat. Apart from an uncomplicated, easy on the eyes story, Dilwale Dulhania Le Jayenge’s bonus points were its ensemble cast. One of them was Satish Shah. A veteran, who did multiple successful films before Dilwale Dulhania Le Jayenge, Mr. Shah showcased a different side of his craft as Ajit Singh with whom Kajol aka Simran’s rishta is fixed.

Today, as Dilwale Dulhania Le Jayenge completes 25 years, Mr. Shah spoke to PeepingMoon about what worked in the film’s favour and are there any plans for a reunion to celebrate the occasion.

Dilwale Dulhania Le Jayenge is a classic, even after 25 years of release, it feels fresh. Did you expect this back then?

When I’m working, I never expect any film will do well or otherwise. I’m totally involved in the film till it is complete. Making the film was a lot of fun. Shah Rukh was younger, I was around for a long time. Yashji (Chopra) was a wonderful producer and Aditya was a brand-new director.

According to you, what worked in favour of Dilwale Dulhania Le Jayenge?

Whenever I watched it, I enjoyed every bit of it. It has the ingredients of a good film in it. Be it songs, story, lovely fresh faces and a fresh approach towards the story. The dialogues were colloquial. There was no dialogue-baazi. It was very down to earth. The culture of rural Punjab vs city, foreign locations, etc were used aptly. It wasn’t just because ek song karna hai toh Switzerland chale gaye. It was woven well into the story. Secondly, it was very smooth going. There were no jerks while watching the film. What was your first reaction on reading the script? How did you come on-board?

Who read the script? At least, I didn’t. I was told to do the character at the time when I was busy with a serial titled Filmi Chakkar. The production house came to me with the offer and said Aditya, the son of Yash Chopra is making his directorial debut. After they explained me the role, they said the shoot will take place out of India but I won’t be required there. Then I said yes. I was working for TV serials too. One never got a role in YRF unless they wanted you to be doing it. It was an offer I couldn’t refuse.

Were you offered typical roles after Dilwale Dulhania Le Jayenge?

Not at all. Everyone in Dilwale Dulhania Le Jayenge sailed through the roles. That was the best thing about it. The jokes and one-liners that I cracked were for myself and not in the script. Thanks to Aditya, he left me alone and he was rather focusing on how the script and film was shaping up.

It wasn’t challenging, it was a wonderful one. It was a fun one. If I had to play a character for which I had to starve for a month, then it would have been challenging. I slid into the character. 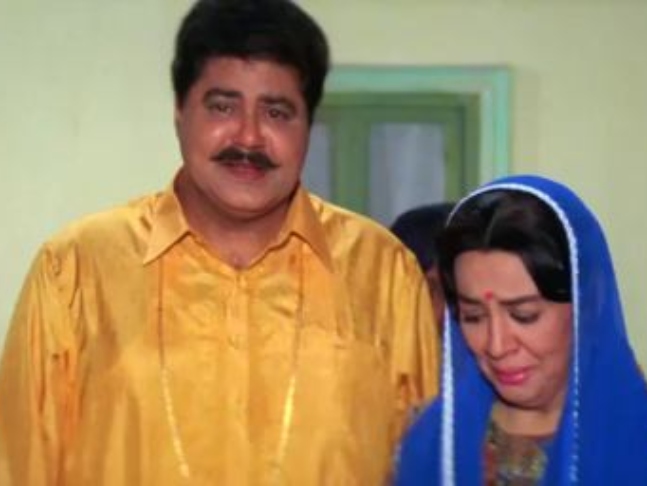 Any anecdotes that are unknown to many?

One of the biggest celebrities of today-Karan Johar was in the costumes department back then. Every morning, he would pick my clothes and show me, ‘Satishji you would like to wear this or that’. Then I found out he was Yash Johar’s son. He was a greenhorn then but he was learning the tricks of the trade in every which way. I wasn’t even aware that he was to play a role eventually. He was a part of the unit and then a part of Shah Rukh’s gang. I learned about it after watching the film.

What are your thoughts on a remake with new actors?

A remake is always a disaster. Ek baar history create ho gayi na, then you should not try to fidget. They also wanted to remake Jaane Bhi Do Yaaro but I objected strongly. They wanted to make a sequel, which was even worse. They wanted the original cast and those who were no more, were to be replaced.

In the current time, if Dilwale Dulhania Le Jayenge had to be made into a web show, will the idea work?

What’s the purpose of watching the film if we have to sit back at home and see on television and laptop screens? 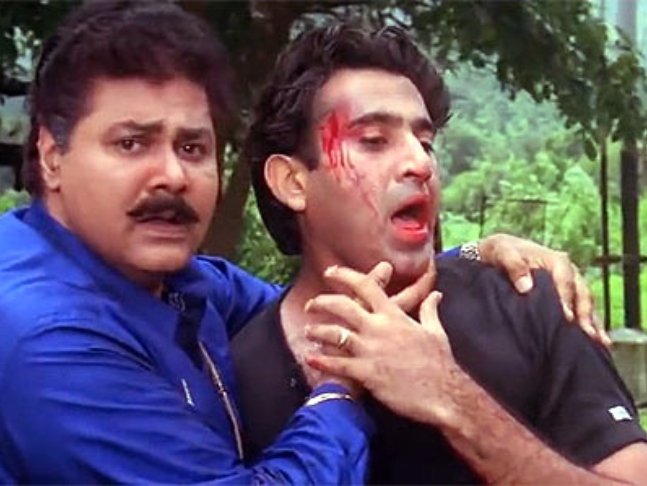 Anupam Kher is a good friend. I haven’t met Shah Rukh for a long time. When we meet, I guess we will start off from where are left. COVID has separated us for a long time. I have almost stopped working voluntarily so there are fewer chances of meeting up with anyone.

Any plans for a reunion?

There is something going on but I still don’t know. They are yet to send me the details but I have agreed to be a part of it.