Advertisement
HomeBOLLYWOODEXCLUSIVEPeepingMoon Exclusive: Ishaan Khatter calls his 'A Suitable Boy' character Mann Kapoor a non-conformist, reveals he auditioned for the series before 'Beyond The Clouds' release

Just three films old, Ishaan Khatter has established himself as the next big thing of Bollywood. Be it the critically acclaimed Beyond The Clouds that took India to various film festivals or the romantic drama Dhadak with Janhvi Kapoor that saw him steal the frame with his softness, Ishaan is selecting great projects for his lineup. Now, as the year is coming to an end, Ishaan is all set to present the story of Mann Kapoor in Mira Nair directed A Suitable Boy. Based on Vikram Seth's nearly 1,349 pages novel of the same name, the series will release on Netflix this Friday. Ahead of the release, Ishaan sat down for an exclusive interview with his on-screen father Ram Kapoor and co-star Shubham Saraf.

In the interview, Ishaan introduced his character Mann Kapoor as a rebel and a non-conformist. Saying that he has a more spiritual and indulgent journey of his own, Ishaan said Mann is black sheep of the family.  "He is one of the most rebellious characters in the show. He is born in the house of a minister, his father is a revenue minister. The series is set three years after India's independence. He is the black sheep of the family and non-conformist in many ways because he is in search of his own truth. He isn’t very bothered or committed to serving his father as an heir to his dream, ambitions which are to serve the country and reform the many injustices in the system that have been there for a long time. His father is a very committed man. Mann is more of a personal, spiritual person or rather has an indulgent journey of his own," Ishaan said. 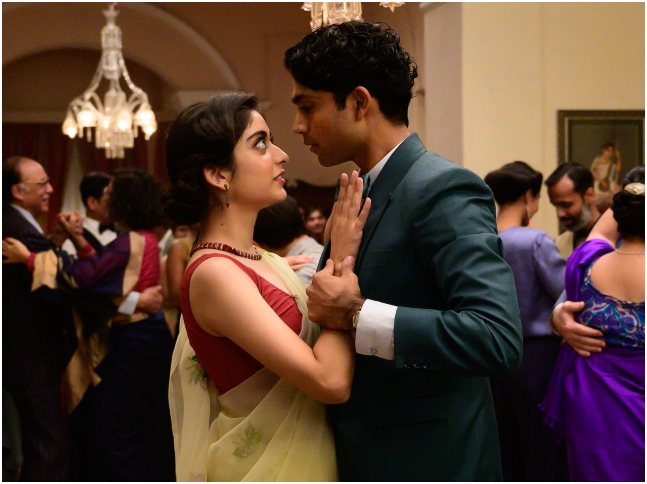 Recommended Read: Exclusive: 'You need to have a lot of guts to play the role of a transgender,' says 'Laxmmi Bomb' producer Shabinaa Khan on Akshay Kumar shouldering the responsibility

Addressing the speculation of whether A Suitable Boy was technically his first film in Bollywood, Ishaan revealed that he signed the series a year after auditioning for it. Stating that he gave the audition before Beyond The Clouds,  his first film as an actor, released, Ishaan told, "I hadn’t signed it but auditioned for it before Beyond The Clouds had even released. That was my first film as an actor. Though it had done a few film festival circuit, some people in the world cinema like Mira di was aware of its existence but it hadn’t released. I had auditioned for A Suitable Boy and got a positive response from multiple board members and Mira di sent me an email and said, 'you are most definitely the suitable boy' so she was excited to have me on board. Then it was a very long journey until it actually materialised. It was a very long casting process through which I went through my first two releases and was in talks for a couple of other projects. But eventually, it worked out in a way that I was able to sign a film a year after I auditioned."