Advertisement
HomeBOLLYWOODEXCLUSIVEPeepingMoon Exclusive: I added my flavour to Kaleen Bhaiya, no other actor could have done that - Pankaj Tripathi on his 'Mirzapur 2' character 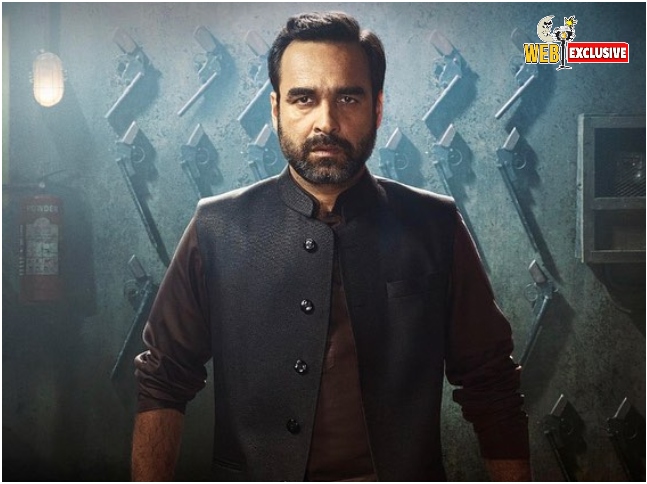 Pankaj Tripathi, the name is enough today. The actor, with back to back hit performances, has become a household name in Bollywood. But it was not this way back when he started his journey 16 years back. The actor all set for  Amazon Prime Video series Mirzapur 2, where he plays the non-violent king, covering the bylanes of Purvanchal to Bihar.

In an exclusive interaction to PeepingMoon.com, Pankaj shared about his role as Kaleen Bhaiya, why no other actor could play it better than him and why it was easy for him to play the role of a man who perpetuates crime and violence as the ruthless but wise don Kaleen Bhaiya with hunanity. Pankaj, who belongs to Bihar's Gopalgunj, understands the political nexus and Bahubali culture well. Talking about the same, he said, "It was very easy for me to play Kaleen Bhaiya because I have known such people, seen them, and studied them as well. At the same time, I had immense faith in my director so I was like I will do it however you want me to."

He further said, "Having said that, unknowingly, many times an actor's personality is somewhere reflected in his character as well, be it negative or positive. So, I did put my inputs into the character and because I belong to the same land, I added my (ras) flavor to the character. If any other actor would have played the role, he could not have added that particular flavour (ras)."

Recommended Read: If you sincerely do your work on-screen, then you don't need to be spotted at airports or Page 3 parties: Mirzapur's Kaleen Bhaiya aka Pankaj Tripathi

Pankaj, who propagates ahimsa ie non violence in real life, asserts that he managed to bring a certain kindness and and humane side to Kaleen bhaiya, a thought in which he believes personally. "There is no black and white in this world. It's a grey space and so is Kaleen bhaiya."

For the unversed, Mirzapur season 1 had released back in 2018 and there has been frenzy about the show ever since. The web series revolves around the corruption, crime, governance failure, rule of mafia dons and gang wars in the titular eastern UP town. Apart from Pankaj, it also stars Divyendu Sharma, Rasika Dugal, Shweta Tripathi and Ali Fazal.

The new season takes the story forward as the fight to become the king of Mirzapur continues between Guddu Pandit and Munna Bhaiya. The show will premiere on Amazon Prime Video on October 23.