After a quick vacation in the sunny locales of the Maldives, Varun Dhawan is ready to get into full-fledged work mode. The young superstar will return to sets seven months after the lockdown with Raj Mehta's family comedy Jug Jug Jiyo next month. The Karan Johar production will see him paired opposite Kiara Advani who's been riding high ever since the release of Shahid Kapoor's Kabir Singh. Soon after completing this Mehta directorial Varun will head to Amar Kaushik's next horror-comedy and we heard the heroine for that film has also been locked.

Peepingmoon.com has learned that Kriti Sanon has been finalized opposite Varun in the Dinesh Vijan production that's been tentatively titled Bhediya. The actress is said to have given her nod and will sign on the dotted line after the final narration. "Bhediya is a monster satire and will see Varun and Kriti playing the characters they haven't explored before. Kriti liked the concept and immediately gave her nod to the film that reunites her with Varun Dhawan five years after Rohit Shetty's Dilwale that starred Shah Rukh Khan and Kajol in the lead. Kaushik's film that's been written by Niren Bhatt is said to be diametrically different from his 2018 horror-comedy, Stree," said the source close to the development. 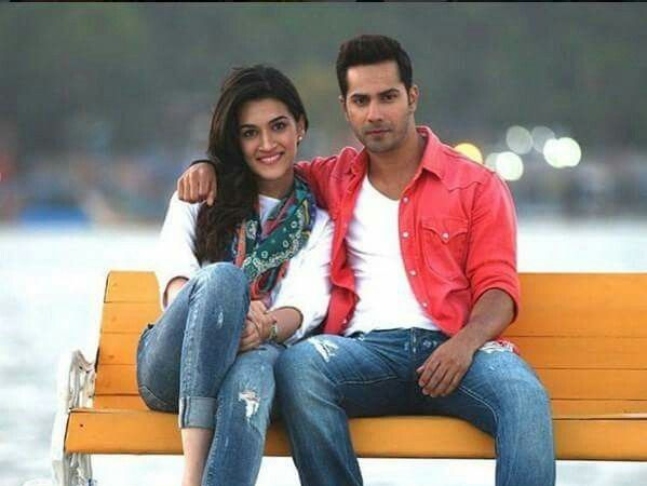 Kriti Sanon's casting doesn't come as a surprise considering she has lately been toplining every other Dinesh Vijan production. The actress has so far featured in five Maddock Films ventures as lead and Bhediya will mark her eighth and third consecutive collaboration with the banner. She has already completed Laxman Utekar's Mimi and will shoot for Abhishek Jain's yet-untitled comedy-drama with Rajkummar Rao, Paresh Rawal, and Aparshakti Khurrana before heading to Bhediya in January 2021.

Apparently, the film was earlier supposed to have Shraddha Kapoor opposite Varun but the actress reportedly declined the offer making a way for Kriti who will be exploring the horror-comedy space for the first time. Bhediya is believed to be the latest addition in Dinesh Vijan's in-the-development horror-comedy universe!