Advertisement
HomeBOLLYWOODEXCLUSIVEPeepingMoon Exclusive: Luv Ranjan's next with Ranbir Kapoor and Shraddha Kapoor to be shot in his hometown Ghaziabad

PeepingMoon Exclusive: Luv Ranjan's next with Ranbir Kapoor and Shraddha Kapoor to be shot in his hometown Ghaziabad 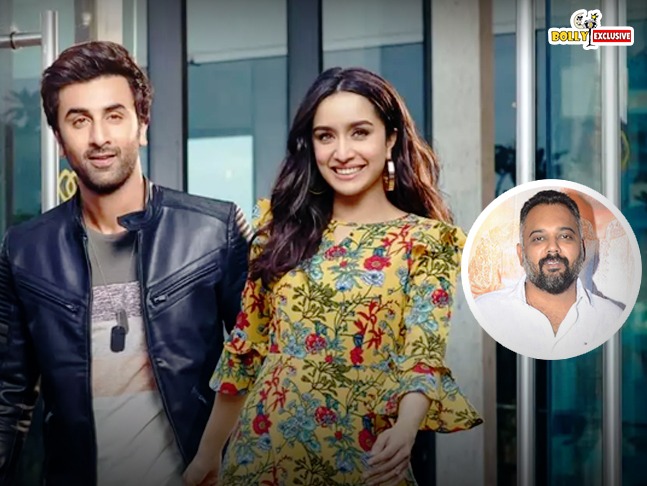 Luv Ranjan's next directorial starring Ranbir Kapoor and Shraddha Kapoor is finally set to hit the floors nearly a year after its announcement. The romantic comedy goes on floors in January 2021, two months before the film was initially supposed to release in cinemas. Now Peepingmoon.com has learned that the yet-untitled film that brings together Ranbir and Shraddha for the first time will be shot in Ranjan's hometown Ghaziabad.

"A huge set is being erected near Luv Ranjan's home in Ghaziabad. A team of set workers and the line producer went there on 1st December to construct the sets where a majority of the film will be shot. The film will start rolling from 5th or 7th January in Ghaziabad after which they will shoot some portions at the real locations in Delhi. A foreign schedule is also being planned but the timelines for that haven't been finalized yet due to the uncertain circumstances brought up by COVID-19," said a source close to the development adding that the film will be wrapped up by April 2021 and will release in 2022. The Luv Films production is said to be a romantic comedy that sees Shraddha playing a waitress while Ranbir essays a charming lover boy. Dimple Kapadia who's currently basking in the love coming her way for her portrayal in Christopher Nolan's Hollywood biggie, Tenet has also joined the cast and will play a pivotal character in the plot. She will join Ranbir and Shraddha in the first schedule after completing her portions for Shah Rukh Khan's YRF actioner, Pathan.

Ranbir will kick off the shooting for a new film nearly after three years. The young superstar has wrapped up Yash Raj Films' action-adventure Shamshera and is currently finishing the shoot for his long-in-the-making fantasy drama Brahmastra. He is also believed to have agreed to star in Kabir Singh director Sandeep Reddy Vanga's next dark thriller that he will head to right after completing the Luv Ranjan rom-com. We will do a separate story on that project as and when we get the confirmation.