Advertisement
HomeBOLLYWOODEXCLUSIVEPeepingMoon Exclusive: No one told me about it, have no official notification - Milind Soman on being booked by Goa Police for running 'nude' on the beach

PeepingMoon Exclusive: No one told me about it, have no official notification - Milind Soman on being booked by Goa Police for running 'nude' on the beach

On November 7, a case was registered against Milind Soman, under IPC Section 294 (Obscene acts and songs) and 67 (Punishment for publishing/transmitting obscene material in electronic form) of IT Act for his social media post where he was seen sprinting naked on a Goa beach.

Now, in an exclusive chat with PeepingMoon, while promoting his upcoming ALT Balaji show Paurushpur, Milind talked about the complaint. Talking about doing nude photoshoots ever since the beginning of his career, he said, "I have been doing nude photoshoots for many years. When I first did it, I was in news. Even before that, I had done nude photoshoots. Every time it's a different reaction. What is a naked person? The way God has made us. Not like we cannot see nude people on the internet. On Instagram, there are many nude photos. Everybody has their own dreams." 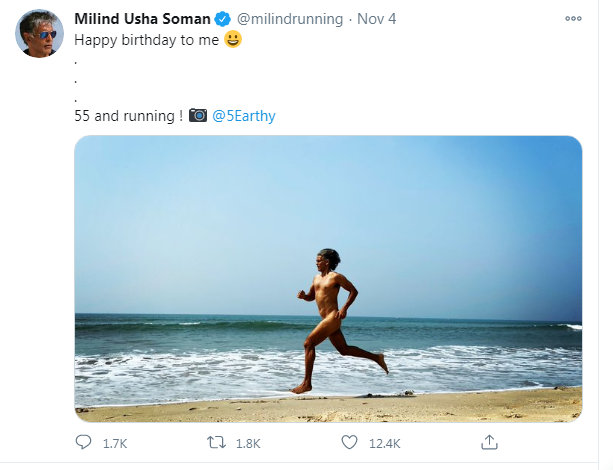 On Goa Police booking him for running naked on the beach, he said, "I don't know if anyone has filed a complaint. No one told me about it and I have no official notification."

Milind had shared the picture on social media on his 55th birthday with the caption, “Happy birthday to me 55 and running,” and credited his wife Ankita Konwar for the photo. Soon after, Netizens slammed the Goa Police for its hypocrisy for not booking Milind but arresting Model turned actress Poonam Pandey for a nude photo shoot at a restricted area in Goa.