PeepingMoon Exclusive: Mrunal Thakur and Guru Randhwa team up for a music video!

Unlike many of her colleagues who are still waiting for the right time to get back to work, Mrunal Thakur has already completed the shooting for Shahid Kapoor starrer, Jersey amidst the pandemic. Moreover, the actress is soon going to start Ram Madhvani's edge-of-the-seat thriller Dhamaka with Kartik Aaryan in Mumbai. Now, Peepingmoon.com has learned that Mrunal is doing a music video with T-Series in between.

According to sources, Mrunal will feature in T-Series' next music video with Guru Randhawa. It's said to be a heartbreaking song and will see the actress in a glamorous avatar. Ashish Panda who's directed T-Series songs like Kabhi Yaadon Me (2017), Humnava Mere (2018), and Meri Aashiqui (2020) will be helming this music video as well. They are expected to shoot the song in the first week of January in Kashmir. 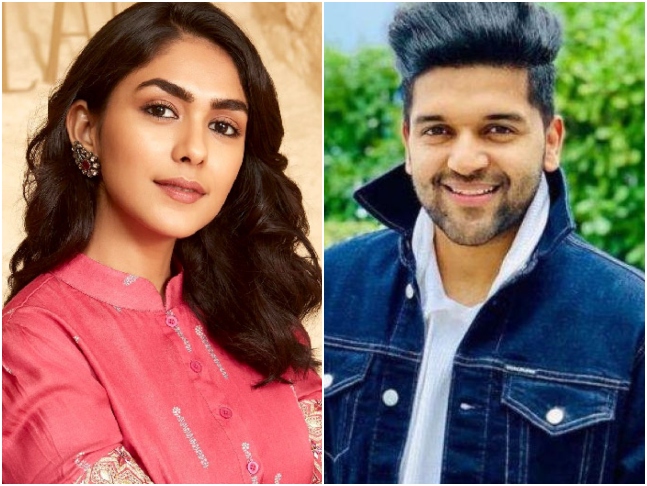 Ashish Panda is apparently directing three music videos for T-Series next month. The first song will feature Mrunal Thakur and Guru Randhwa while the second track is with Jubin Nautiyal and features B Prak's Dil Todke fame Abhishek Singh and Samreen Kaur. The third song is sai to be with Yaariyaan actor Himansh Kohli. Ashish and his team have completed the recce and will shoot for all three songs between January 4 and 12 in the picturesque locations of Kashmir.

Mrunal and Guru Randhwa will be seen together for the first time in this song. While Guru was recently seen with Nora Fatehi in Tanishk Bagchi composition Nach Meri Rani, Mrunal last featured in T-Series' fun party number Gallan Goriyan with John Abraham which was originally a part of Nikkhil Advani's Batla House but was later released as a single after it couldn't make the cut in the film. Mrunal is also doing Raja Krishna Menon's Pippa, co-starring Ishaan Khattar and Priyanshu Painyuli. The film is based on the life of 1971 Indo-Pak war veteran, Brigadier Balram Singh Mehta and goes on floors in February 2021!