Advertisement
HomeBOLLYWOODEXCLUSIVEPeepingMoon Exclusive: Bahubali: Before The Beginning's OTT version to be reshot with new cast and team!

PeepingMoon Exclusive: Bahubali: Before The Beginning's OTT version to be reshot with new cast and team!

Following on from the spontaneous worldwide success of SS Rajamouli's Pan-India epic Bahubali, Netflix announced its live-action prequel series, Bahubali: Before The Beginning in August 2018. Based on Anand Neelakantan's novel, The Rise of Sivagami, the two-season show was billed as the most expensive Indian series coming out from Netflix. South Indian filmmakers Deva Katta and Praveen Sattaru were roped in to direct it while Mrunal Thakur was cast to play the young Sivagami along with actors like Rahul Bose, Atul Kulkarni, and Anup Soni in pivotal roles. The series went on floors in September 2018 and was successfully wrapped up in August 2019. However, almost one and a half years after it was completed, it's been learned that the show has been put on the backburner.

Peepingmoon.com has exclusively learned that Netflix is looking at new creative direction for the highly anticipated show after it didn't shape up as expected. The streaming giant was apparently not pleased with the outcome as it doesn't justify the expensive vision, complex characters, and the depth of storytelling Baahubali is widely known for. They are now re-envisioning the series with a new creative approach and have brought on board a new team to create a rich and riveting series in the scale and manner it deserves. The show has been rewritten and will be shot as a new project with an all-new creative team. 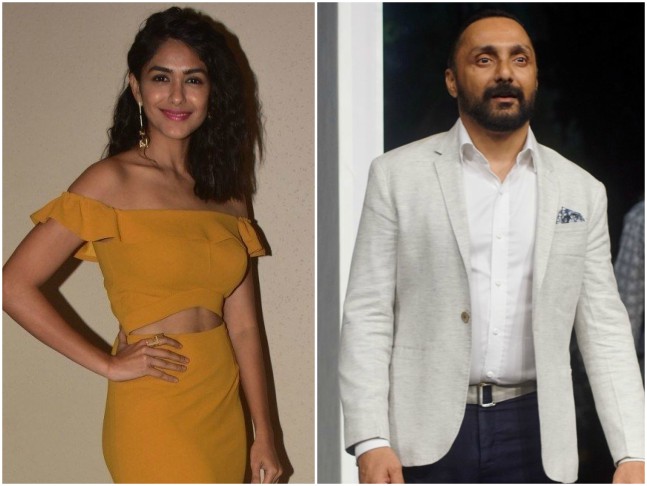 Gaurav Shukla of Asur fame has written the adaptation while Arka Media Works and One Life Studio are producing. The fresh lead cast of the series is believed to be more or less locked as we report the development.

Bahubali: Before The Beginning traces the dramatic rise of Queen Sivagami from a rebellious and vengeful girl to a wise and unequalled queen, around the same time when the kingdom of Mahismati rises from being a city-state to an influential empire. Envisioned to be made along with the likes of Game of Thrones — with high production values and spectacular visuals — the show is currently in pre-production and will go on floors around April-May next year!