The controversial reality show Bigg Boss has been instrumental in making a person’s career. Gautam Gulati is one of them who shot to fame for his stint in the house in the eighth season. Gautam went on to win the show and little did he know he would become host Salman Khan’s protégé. After winning the show in 2014, he made his Bollywood debut with Azhar in 2016.

While Gautam continues to enjoy a massive fan following, he felt success came to him a little late. Talking to PeepingMoon for his latest music video titled Besharam Bewaffa co-starring Divya Khosla Kumar, Gautam said he didn’t get quality work after Bigg Boss 8. Calling Salman the most generous actor in Bollywood, Gautam gave an interesting update on Radhe: Your Most Wanted Bhai.

Besharam Bewaffa garnered so much love in a short span of time. Did you expect this amount of buzz?

Actually, I knew it will do well. When I heard it for the first time, I got the feeling. I had two more songs but I didn’t do them and particularly selected this one. Mujhe laga tha ki iska buzz solid hoga (I knew the buzz would be solid).

How was it working with T-Series?

I had a good time working with them. They have an amazing team. It is a well-produced song. I felt it was like a movie song.

Divya Khosla Kumar has become the new successful face of music videos. How was it working with her?

Divya Khosla Kumar is a hardworking and nice person. When we were shooting, she wanted to give her best.

You have been in the industry for several years. Debates on nepotism and favoritism sparked earlier this year. What’s your take on it?

Main iski ke against nahi hu (I'm not against anyone). There are many star-kids who couldn't do well. Even a superstar’s child has to be strong and talented to do well. I’m not against anyone. If someone's parents are doing well in the industry, it is natural that the child will follow them. It's alright if they get a chance before others. There are so many outsiders who are doing better than star-kids. When you struggle for a long time, that's when you become a good actor. It's not the case that the industry people will throw you out if you don't come from a film family. According to me, this is all rubbish. Stop complaining and just keep working. If you are good at it, they will welcome you.

You had recently talked about how Salman Khan had lent a helping hand to you. 'Bollywood bigwigs should support young talents just like Salman Khan did,' you had said. But is the industry as generous as Salman?

Salman Khan is the only generous superstar. He is the one who will welcome you with open arms. He will not even ask you much. If he feels you are fit for something great, he will take you. He is the most amazing man I’ve ever seen. If he believes in you, he’ll start working for you. 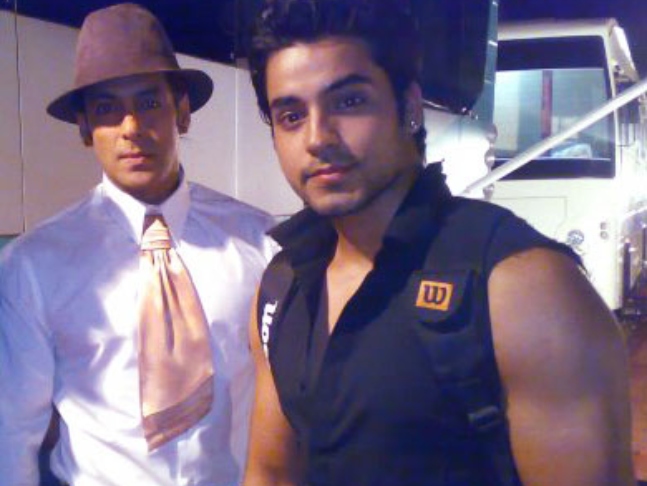 What's the update on Radhe: Your Most Wanted Bhai?

I don't have much knowledge about Radhe. I got done with my dubbing. Salman sir will be disclosing everything. Whatever portions I got to watch, I think it is going to be better than Prabhudeva's Wanted (2009).

You won Bigg Boss 8 and became the talk of the town. Did the amount of popularity that you gained match the quality of work you got after Bigg Boss?

After Bigg Boss 8, it took some time to achieve success. The quality work that I wanted to do wasn't offered immediately after the show. After Bigg Boss, I was offered a variety of projects but didn't match the quality I was looking out for. But now, I feel my positioning is going great with whatever I'm selecting. I’m happy now that finally, good projects are coming my way.

Are you following Bigg Boss 14? Who's your favourite?

No, not this one. They did call me but I was busy shooting. Due to my busy schedule, I haven't followed this season.