Ishaan Khatter seems to be a player of all genres. The actor since his debut with Majid Majidi's Beyond The Clouds has been choosing different genres of projects to prove his versatility. After his big Bollywood break with a love story (Dhadak), Ishaan went on to do a complete masala entertainer Khali Peeli and is next doing a horror-comedy (Phone Bhoot) where he plays a quirky character. He then moves on to a big-budget war-drama Pippa that will see him playing a real-life army officer.

Now, Peepingmoon.com has learned that Ishaan Khatter has signed a psychological thriller for Karan Johar's Dharma Productions. The yet-untitled film will mark his second collaboration with the banner that launched him alongside Janhvi Kapoor in the remake of the Marathi film, Sairat in 2018. Tripti Dimri who won the accolades for her titular role in this year's Anushka Sharma-backed Netflix film Bulbbul has been roped in to play the female lead. The Laila Majnu actress is said to be playing a complex character in this thrilling drama, scheduled to release later next year. 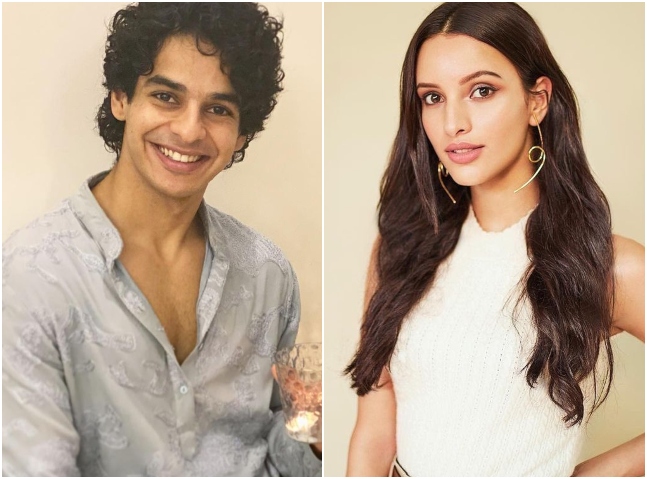 Recommended Read: PeepingMoon2020: Theatrical loses to OTT rise, what does the future hold?

Anurag Kashyap's sister Anubhuti Kashyap will direct the film, written by Sumit Saxena of Pyaar Ka Punchnama and Lust Stories fame. Anubhuti made her directorial debut last year with Amazon Prime's black-comedy series, Afsos, and is next doing a social-comedy with Ayushmann Khurrana, titled Doctor G. Her Dharma film is scheduled to go on floors mid-next year, only after the completion of the Junglee Pictures project. Ishaan is also expected to complete his prior commitments by then, including Raja Krishna Menon's Pippa that sees him playing the role of a suave and spirited tank commander, Brigadier Balram Singh Mehta.

The Ishaan Khatter and Tripti Dimri film is the latest addition to Dharma Productions' lucrative lineup for 2021. Having wasted the majority of this year locked at home owing to the coronavirus pandemic that brought the entire film industry to a standstill for seven months, Karan Johar is believed to have planned to mount a maximum number of films next year to compensate the losses. The banner has already resumed production and has three projects currently on the floors — Madhuri Dixit's debut Netflix series The Heroine, Raj Mehta's Jug Jugg Jeeyo, and Sanya Malhotra- Abhimanyu Dassani starrer Netflix film, Meenakshi Sundareshwar. Karan Johar's next directorial and Shashank Khaitan's action-thriller starring Shahid Kapoor among others are also scheduled to hit the floors next year.