After a crime-drama Article 15 that traced the story of an upright police officer and his stubborn attempts to investigate the rape and murder of two young villagers, Ayushmann Khurrana is collaborating with filmmaker Anubhav Sinha again. Peepingmoon.com has learned that Ayushmann has signed Sinha's next action-thriller that will see him playing the role of a spy. The yet-untitled film will go on floors in the third week of January.

"Contrary to the reports, Ayushmann and Anubhav Sinha's film is neither a highly political drama nor a creature film. They are doing a spy thriller set in North East India," a source close to the development informed us. "However, like Article 15 that shone a light on caste-based crimes and discrimination, this film would also have political overtones. Yash Keswani and Sima Agarwal of Khaali Peeli fame have written the script inspired by a true event." 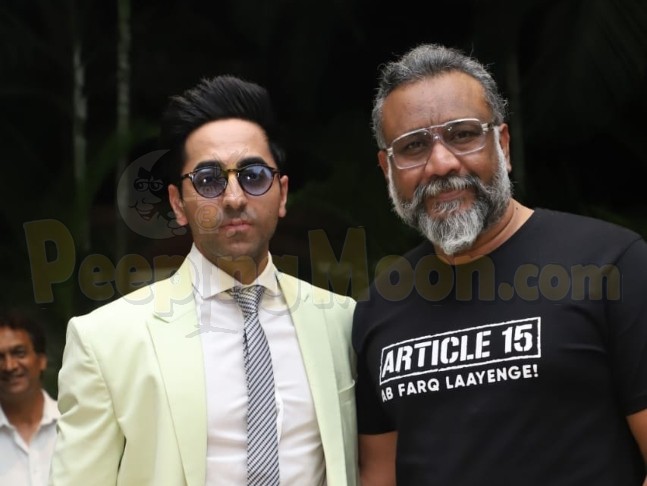 Ayushmann who has been in his hometown Chandigarh since June 2020 is said to have already arrived in Mumbai to start the preparation for this film. Although the plot and other casting details of the project haven't been revealed yet, we heard it will be shot in Mumbai's nearby jungle. Previously delayed by the coronavirus pandemic, the film is scheduled to be shot in a straight two-month schedule.

The Anubhav Sinha directorial will be the second film Ayushmann would shoot post the pandemic. He has already completed Abhishek Kapoor's Chandigarh Kare Aashiqui that revolves around the theme of transgender love. Ayushmann's recently announced Junglee Pictures production, Doctor G that sees him playing a gynecologist will get off the ground sometime in April 2021!