Aankhen 2 is one of the projects that's been in the making for quite a long time but hasn't seen the light of the day for various reasons. It was first formally announced in 2016 with Amitabh Bachchan, Anil Kapoor, Arjun Rampal, Arshad Warsi, Ileana D'Cruz, and Regina Cassandra toplining the cast, however, was soon put into thunderbox following the rights issues. The project was later announced with Anees Bazmee on board as the director in 2018 with Bachchan being retained in the cast. Several names including Saif Ali Khan, Sunny Deol, Sushant Singh Rajput, Kartik Aaryan, and Jacqueline Fernandez among others also cropped up in middle but the project never kicked off.

Now, Nineteen years after the original Amitabh Bachchan, Akshay Kumar, Arjun Rampal, Paresh Rawal, and Sushmita Sen starrer released, Aankhen 2 seems to be finally happening. Peepingmoon.com has learned that the sequel to the 2002 heist thriller is being revived with a fresh script, cast, and director. While Amitabh Bachchan will be retained as previously announced, the makers have got on board Sidharth Malhotra and Akshaye Khanna to play the other parallel leads. Both the actors are said to have almost been locked to play the blind men and the announcement will be made once the paperwork is completed. 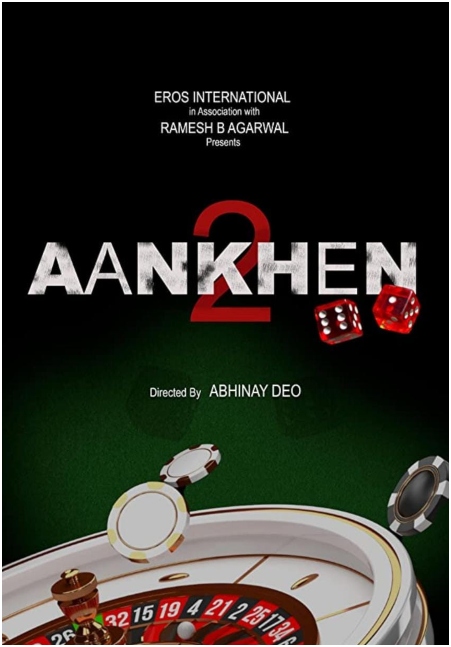 Recommended Read: Producer Gaurang Doshi secures the rights for the sequel of Aankhen after a long battle in the court with a production house

The sequel has gone through several changes as compared to what was announced earlier. We have learned that Anees Bazmee who was assigned to direct it is no longer associated with the project and has been replaced by Delhi Belly director Abhinay Deo to call the shots. Moreover, the film will now be produced by Tarun Agarwal of Rajtaru Studios in association with Eros international. Aankhen's original producer Gaurang Doshi is said to be not involved with this project in any capacity.

Aankhen 2 is expected to be bigger and better than its predecessor. While the basic premise will remain the same, this time the heist is centered at a casino. How three visually impaired men carry out the robbery will be the crux of the story. Abhinay Deo is said to have already started preparing for the film and will start shooting for it sometime around July this year.