It's a fresh pairing yet again for Ayushmann Khurrana! After romancing Vaani Kapoor in Abhishek Kapoor's Chandigarh Kare Aashiqui that was wrapped up earlier this month, the content-driven superstar is set to be paired opposite a leading South Indian actress. Peepingmoon.com has learned that Junglee Pictures has locked in Rakul Preet Singh to play the female lead opposite Khurrana in its recently announced campus comedy-drama, Doctor G. The De De Pyaar De actress will apparently play a medical student in this high-concept film, written by Sumit Saxena, Vishal Wagh and Saurabh Bharat.

Rakul Preet who already has films like May Day and Thank God in her kitty is said to have come on board for Doctor G after talks with Mrunal Thakur fizzled out as her dates were clashing with Raja Krishna Menon's Ishaan Khattar starrer Pippa. The film, we heard, will also star Shefali Shah (as Ayushmann's boss) and Sheeba Chaddha (who plays his mother) in pivotal roles. The makers haven't finalized the exact shooting timelines as yet but are planning to roll it in April, soon after Ayushmann is done with Anubhav Sinha's spy thriller Anek that has already gone on the floors in North East India. 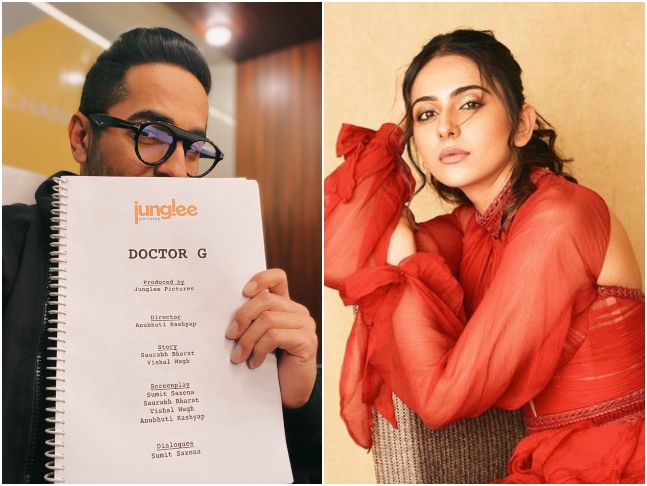 Recommended Read: Ayushmann Khurrana roped in and as ‘Doctor G’ in Junglee Pictures’ next

Jungle Pictures' third collaboration with Ayushmann Khurana after the commercial hits Bareilly Ki Barfi (2017) and Badhaai Ho (2018), Doctor G will see Ayushmann playing the only male gynaecologist in the whole department. The film revolves around a man who for nonforcible reason has to choose gynecology as his specialisation. How the profession changes him as a person and a man builds the crux of the story.

The feature directorial debut of Anubhuti Kashyap who's previously helmed Amazon Prime's dark-comedy mini-series Afsos and the acclaimed short film Mai Marjaani, Doctor G is believed to be a typical Ayushmann Khurana film that addresses a topic that's little off-center. Promised to appeal to both the younger and family audiences equally, the film is expected to be yet another clutter-breaking offering that makes audiences ponder and raise important questions about things that matter to people and society.