Aditya Roy Kapur seems to have found his comfort in action and he intends to stick to that genre for a while! The Aashiqui 2 actor announced an Ahmed Khan actioner in November to follow the commercial success of Mohit Suri's Malang that broke his romantic image last year. And now, Peepingmoon.com has learned that Aditya has signed one more action-drama that will go on floors after OM: The Battle Within is wrapped up.

Sources aware of the development have informed us that Aditya will star in Anushka Sharma's next production, titled Afghan. The film is believed to be a full-on action-entertainer that will see the actor performing some adrenaline-pumping action sequences. Anshai Lal who directed Anushka and Diljit Dosanjh starrer fantasy action-comedy, Phillauri (2017) will helm this film that marks the banner Clean Slate Films' first venture into the action genre. 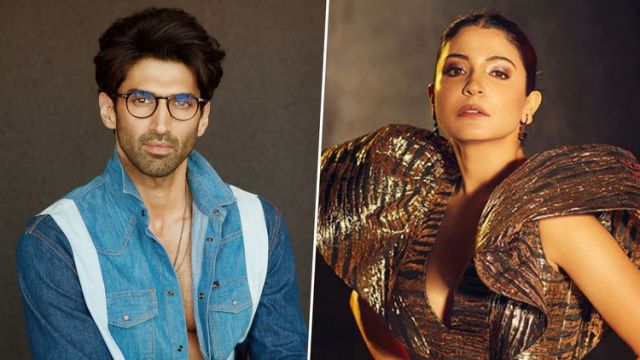 Anushka and her brother Karnesh Sharma have been trying to make an out-and-out action film for a while now. They have in the past discussed some action projects but they couldn't materialize as the sister-brother duo were looking for something that's massy and commercial yet different from the regular masala offerings. Afghan is high on action but still has that uniqueness in the storyline and presentation Clean Slate Films is widely known for. Sharma siblings approached Aditya and he immediately agreed to star in the film. It will go on floors in May this year," the source told us.

Meanwhile, Aditya is currently shooting for the climax of Om: The Battle Within at Film City and will soon head abroad for the last schedule. The Fitoor actor is set to go into battle with all guns blazing in this action-thriller directed by debutante Kapil Verma. Also starring Sanjana Sanghi, Jackie Shroff and Prakash Raj, the film has been written by Akshat R Saluja and Niket Pandey, and releases in the third quarter of this year!