In July last year, Peepingmoon.com exclusively revealed that filmmaker E. Niwas is making yet another web-series after the success of his SonyLIV crime-drama, Your Honor that starred Jimmy Sheirgill as a reputed court judge covering up a hit-and-run involving his son. We informed the readers that his next show is a big-budget period-adventure set in Chambal and would be along the lines of Hollywood's Indiana Jones franchise. Cut to eight months later, we have learned that the makers have got a stellar cast on board the show.

Sources aware of the development have informed us that E. Niwas's action-adventure show has been titled Donali and will star Divyenndu Sharma, Barun Sobti and Chunky Panday in the lead. Niwas is jointly directing this series with Brij Mohan Amar Rahe (2017) fame Nikhil Bhatt while Badhai Do writer Shantanu Srivastava and Gangs of Wasseypur fame Akhilesh Jaiswal have written the script. The show is believed to have been completed and is currently under post-production.

Produced by Samar Khan of Juggernaut Productions in association with Sameer Nair's Applause Entertainment, Donali is said to be set in the 1960s post-Independence India where some bizarre characters from in and around the Chambal beehad finds a hint of a secret treasure and start chasing after it. When the ravines of Chambal get breached by the country's administrative forces, three warring gangs in the "Beehad" go no-holds-barred to make sure they stand ground after it's all done. Made on a massive scale, the web-series also stars Namit Das, Yashpal Sharma, Shivani Raghuvanshi and Parul Gulati in supporting roles. 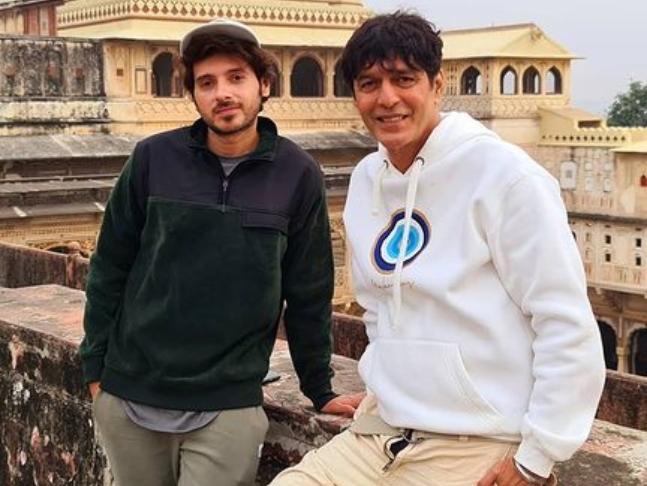 Meanwhile, E. Niwas has already announced two feature films that he will dive into right after he's done with Donali. The Shool director will first helm Sonu Sood's Kisaan for Raaj Shaandilyaa's banner and then move on to the remake of Tamil film Aruvi mid-this year. Dangal girl Fatima Sana Shaikh will play the lead in this social-drama revolving around a rebellious young woman who seeks to expose the consumerist and misogynistic nature of modern civilisation.