Advertisement
HomeBOLLYWOODEXCLUSIVEPeepingMoon Exclusive: Trolling was unfair, nobody forced people to watch Laxmii- Sharad Kelkar on the film being criticised

PeepingMoon Exclusive: Trolling was unfair, nobody forced people to watch Laxmii- Sharad Kelkar on the film being criticised

Let's simply admit that 2020 was the year of discovering Sharad Kelkar's unparalleled talent. The actor had the two biggest releases of the year-Tanhaji: The Unsung Warrior and Laxmii. Sharad played the role of Chhatrapati Shivaji Maharaj in the former and Laxmii, a transgender, in the latter. He set the benchmark extremely high for others and was hailed as the soul and pride of both films. Laxmii also starred Akshay Kumar and Kiara Advani in the lead. Directed by Raghava Lawrence, the film premiered on Disney+Hotstar on November 9, 2020.

Now, as Laxmii is all set to premiere on Star Gold on March 21, 2021, PeepingMoon got in touch with Sharad to learn about some interesting facts. Talking to us, Sharad spoke about his mental and physical preparation for the role of Laxmii. He also said highlighted the fact that transgenders are an integral part of society. For those waiting for an update on Bhuj: The Pride Of India, we've got you something special. 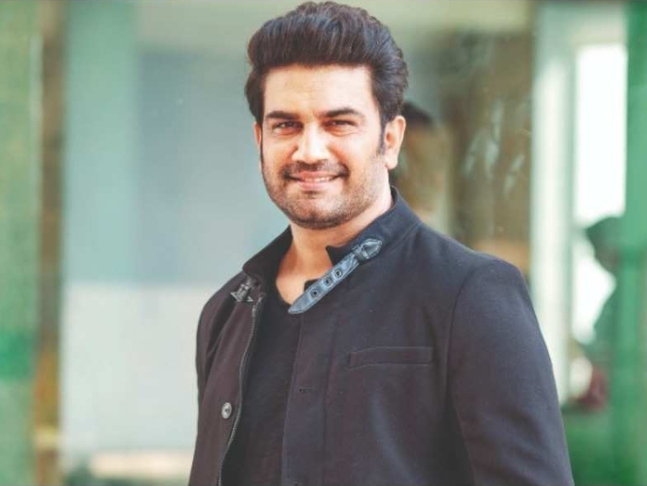 What was your reaction when you were approached for Laxmii?

I was quite excited. Whenever I sign a different role, the idea is to learn as much as I can. Laxmii was a very different role and I learnt a lot. My approach was very clear that I wanted to do the film and explore this side. Whenever you do different kinds of roles, you evolve as a human too.

How did you prepare for your character in Laxmii?

I’d seen Kanchana. I met a lot of transgenders and would talk to them before and during the filming. I was very clear that I had to be within certain limits to play the character it could have looked caricaturish. I tried to understand their psychology, what they go through and what pain they have. This approach helped me prepare mentally. For the physical part, I needed guidance and Raghava guided me throughout the film. People wanted to see more of you in Laxmii. Were you happy with your screen time?

Basically, I’m happy with the reactions. People loved and appreciated me, I’m happy with that. Length and screen time isn’t in my hand. I was told about the duration and it was very clear to me. Of course, there was no expectation from this.

With films like Laxmii, we are taking a step closer to normalising LGBTQ. But what about the stereotypes that are still a part of our films?

People write and portray transgenders in different ways. It’s their perception, maybe right, maybe wrong, I don’t want to comment on that. As far as I am concerned, I look at LGBTQ as an integral part of society. I have a lot of friends who are from that community and are as normal as we are. I think we shouldn’t discriminate at all. So many films are being made on them to tell people that they are very much like us.

You had a great 2020 with the two biggest releases. Did you expect the year to be a game-changer for you?

It’s been a mixed year for me. Personally, it was a sad year for everyone. Professionally, I’ve been lucky that all my projects got good reviews and acceptance from the audience. I’m grateful for that. But voh khushi jaati hai because of the situation which wasn’t really great. If it would have been a normal year, I would have called it a game-changer. 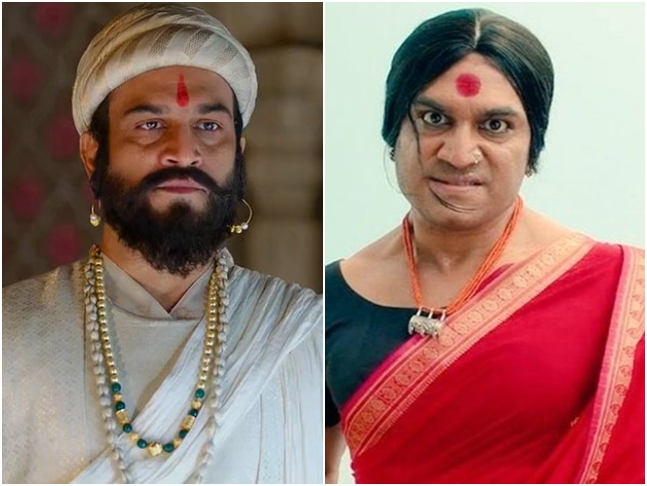 Do you feel Laxmii’s OTT release was compromised?

Not really. OTT has a wide reach. Laxmii became the biggest opening film ever on an OTT platform. But, there are a few technical things that can be experienced in only theatres, like sound and light. In horror films, sound plays an important part. I think that was missing because of different systems. A film looks more interesting on the big screen. I always believe in a theatrical release. But with OTT, we had a large audience.

Laxmii was bashed by critics and trolled on social media. Do you think they were too harsh towards the film?

Obviously. If you don't like the film, you criticise. But, there is no point in trolling. Nobody has asked you to deliberately go to the theatre, pay money and watch the film. The kind of trolling that happens for a film is unnecessary. The scenario was different in November last year, maybe that's why people trolled. The film was okay, quite good. I’m not a fan of trolling. However, people have their opinion and freedom of speech. But they have to think about what impact on the team of the film. Obviously, we are humans, working hard giving out blood and sweat to the project. Just for the sake of criticising, someone puts something on the internet because it is free. I think it is not fair. 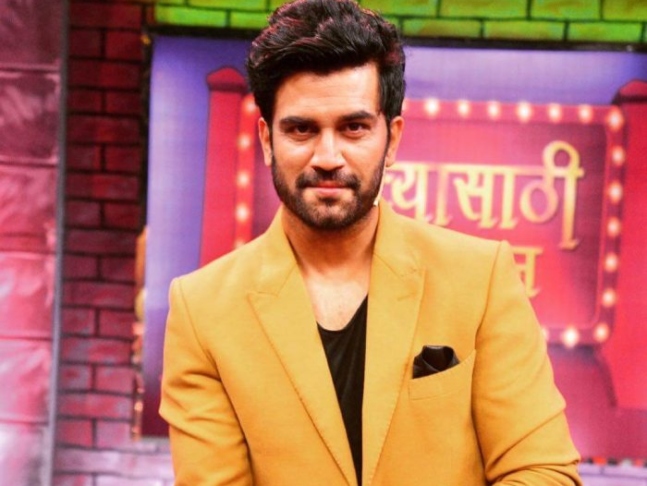 People differentiate between Bollywood and TV actors. Did you experience any prejudice?

Not really. Time has changed. Nobody looks down upon TV actors now as Bollywood also values them. The actors whom I know, good or bad, are doing great since they are deserving. I don’t believe in discriminating actors. An actor is an actor. They will work hard on any medium and grow.

You’ve done Marathi films too. It is noticed that actors coming from regional film industries struggle to make it big in Bollywood...

It’s all about your efforts. Most of them are content in their own career in regional films. They don’t give their 100% to be in the Bollywood circuit. There are a few actors like Nana Patekar, Shreyas Talpade and Riteish Deshmukh who have made their mark in Bollywood too. I can’t say everyone but there are a few who had the commitment, determination and courage to be there in Bollywood. It depends on personal efforts. 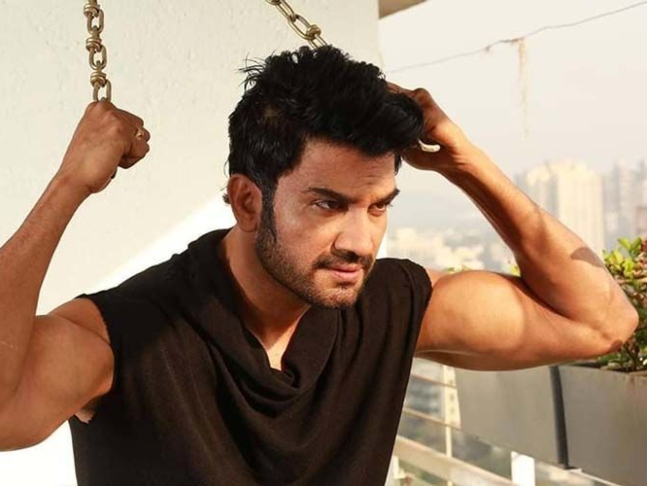 From dubbing to acting in TV shows, films, regional projects and web, you have done everything. What’s on your bucket list now?

I haven’t done anything till now yaar. I have to do a lot of work. I have just ticked one or two things off my bucket list.

Of late, you haven’t taken any dubbing project. Has it taken a backseat due to your hectic shoot schedules?

Not really. Nothing worked out after Bahubali. A few projects came but issues like dates and budgets cropped up. Mostly it is about my choice. Sometimes, I reject an offer because my voice doesn't suit the actor. Recently, I turned narrator for the animated series titled The Legend Of Hanuman.

Any plans to reunite with your wife Keerti Gaekwad Kelkar?

If someone offers us a good project. 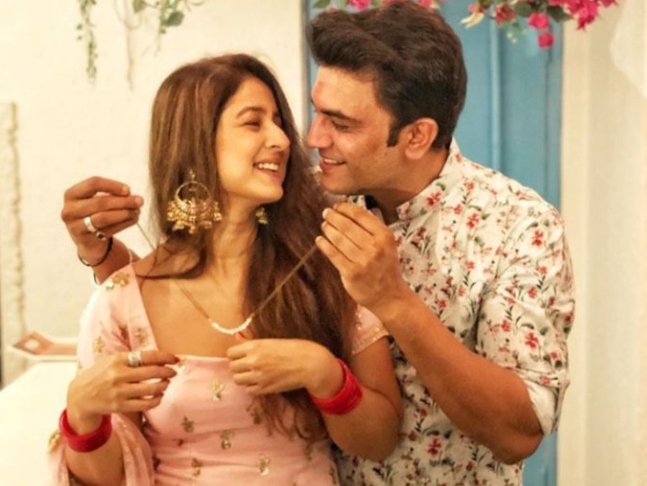 After Tanhaji and Laxmii, your work is appreciated by the industry. You are on the path to stardom. Has this changed the way you choose roles?

Firstly, nobody recognises me as a star. I’m just an actor and I don’t believe in stardom. If you don't believe in stardom, your approach will never change. I always want to learn as much as I can. That’s why I chose diverse roles and didn’t stick to one category. I don’t think I am a superstar. Nobody has called me a star to date.

Any update on The Family Man 2 and Bhuj: The Pride Of India?

No updates as of now. The Family Man 2 was scheduled to release on February 12 but due to some technical reasons, it got pushed to Summer 2021. Bhuj: The Pride Of India is in its post-production stage.

PeepingMoon Exclusive: Kareena Kapoor Khan opens up about her ‘betas