No other film in recent times has been subjected to as much change as Shashank Khaitan’s comedy that people have popularly been thinking of as Mr. Lele. Now PeepingMoon.com can tell you that this film is not titled Mr. Lele at all. So stop calling it that. The Dhadak director who has nurtured the project for long is keeping the new title close to his chest.

It started off in 2019 with Varun Dhawan, Shashank’s favourite star, starring as Mr. Lele. And Janhvi Kapoor playing the female lead. A poster for the film was released. But last year in March, the film was shelved because it was believed that Varun had developed cold feet; he was unhappy with the script and skeptical about the entire film itself. 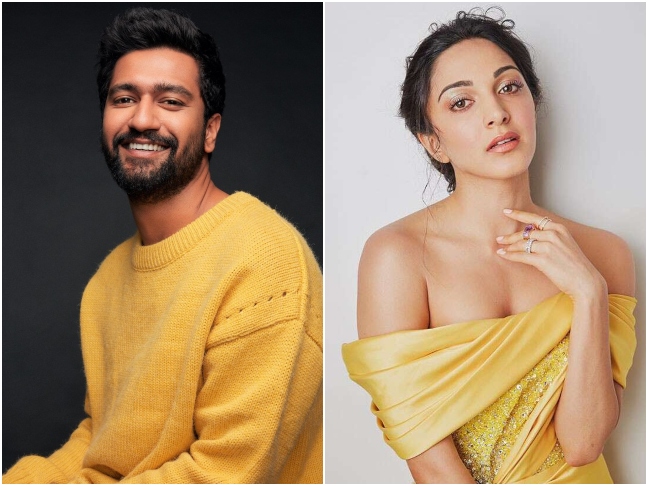 Now, a year later, the old Mr. Lele has found its feet again and is back on track. Only not as Mr. Lele! Vicky Kaushal has stepped in for Varun – this will be his first comedy – and Shashank is taking the film ahead with him and Kiara Advani. It reportedly went on the floors last week with both actors and is slated to be shot in Mumbai and other locations depending on the Covid situation.

There’s a further twist in the cast of this interesting film. Janhvi too is out and instead, Bhumi Pednekar is in. The actress has just completed the social comedy Badhai Do with Rajkummar Rao and is now moving to Shashank’s film. Both actresses’ roles are not yet defined but Vicky is supposed to have Maharashtrian blood in him for this film.

This is the second Vicky-Kiara film together. They were first seen in the 2018 anthology Lust Stories with their segment being directed by Karan Johar. Vicky will be seen in Vijay Krishna Acharya’s next with Manushi Chhillar, in Shoojit Sircar’s Sardar Udham, Aditya Dhar’s The Immortal Ashwathama and in the Sam Manekshaw biopic. Kiara has Jug Jugg Jeeyo, Shershaah and Bhool Bhulaiyaa 2 in the line. Bhumi, who acted with Vicky in Bhoot – Part 1: The Haunted Ship, has Badhaai Do coming up next. Goodbye Mr. Lele…