As the temperature is soaring and the Government announces a strict janta curfew, PeepingMoon is bringing to you a fun series to relieve you of all stress. Clocking back in time, we got in touch with Bollywood's most successful child artists, who now, are either taking a break, exploring better opportunities, or have said goodbye to films to pursue a different career.

Salman Khan's Bajrangi Bhaijaan (2015) moved everyone to tears with its simplistic yet heart-touching storytelling. The film directed by Kabir Khan introduced Bollywood to a future star, Harshaali Malhotra. She played the role of Munni, a Pakistani speech-impaired girl, who separates from her mother and finds help in Salman's Pawan Kumar Chaturvedi to reunite with her family. Though Harshaali had no dialogues in the film, she left the maximum impact with her innocent looks and stellar performance.

At a very tender age, Harshaali, who was just 7, became the talk of the town. However, after doing TV shows like Laut Aao Trisha (2012) and Qubool Hai (2012) to name a few, Harshaali went missing from the screen. Recently, she was back in news for sharing pictures from Diwali celebrations at home in 2020. Fans of Harshaali, who is a teenager now, were left mighty impressed with her transformation over the years and felt their little 'Munni' has grown up too quickly.

PeepingMoon got in touch with the young actress, who is currently focusing on her education, to talk about her acting career. In the interview, Harshaali revealed that Salman advised her mother, Kajal Malhotra, that she should focus on grooming herself for a career in Bollywood as the lead and not restrict herself to doing small roles. She even said despite the success of Bajrangi Bhaijaan, she didn't receive any roles that could tap into her true potential. 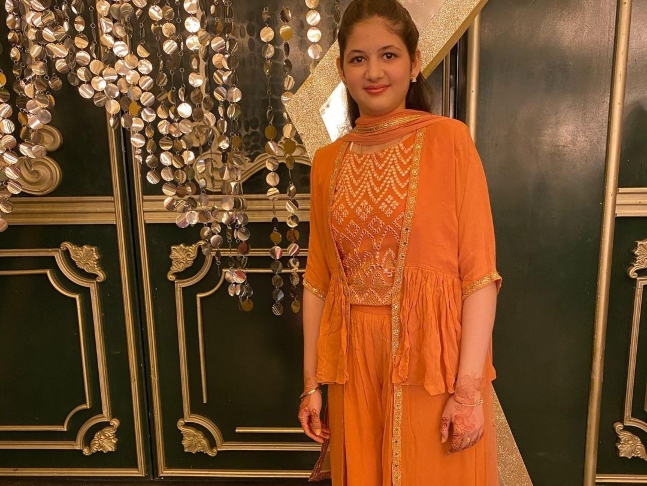 How did you get the role of Munni?

Mukesh Chhabra called me for an audition and took a test of my body language by asking me to perform. After 2 or 3 months, my mother got a call from the team saying I have been shortlisted and was required to attend workshops where they asked around 10 girls along with me to perform. They gave us a scene and we were told to perform it in our own way. Later, we got to know that Kabir (Khan) uncle used to watch us during the workshops. On the last day of the workshop, Mukesh uncle told my mother that I have been finalised for the role of Munni and my look test was also done. That’s when I went to meet Salman (Khan) uncle.

How was it to be on the sets with Salman Khan? Any special memories?

I have many fond memories with Salman uncle and it was a great experience. With him around, I never felt it was my first film as he made me so comfortable. While shooting for the song Chicken Kuk Doo Koo, I ate a lot of chicken and ended up with a stomach ache. The shoot was stalled till I felt better.

Once we were shooting in a village named Mandawa in Rajasthan. I fell sick and no doctors were available but the team still arranged for two doctors. Also, I got a chance to travel in a charter plane which was a wonderful experience. We used to play table tennis too and Salman uncle would take me on ATV rides. These are the fondest memories of Bajrangi Bhaijaan. I can never forget them. 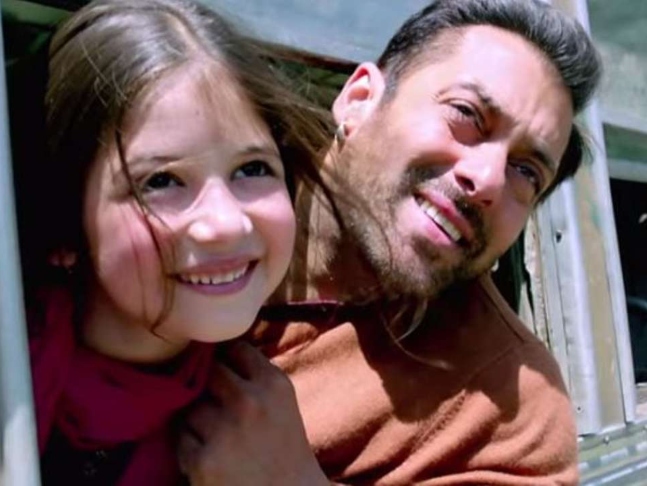 What’s the best thing you got to learn from Salman Khan?

When I fell sick in Mandawa village, I had a cold and food poisoning. After 2 days, I recovered from food poisoning. But due to the cold, I was low on energy. That’s when Salman uncle explained that as an actor, one should forget everything while shooting. The audience shouldn’t get to know that he/she is unwell.

Are you still in touch with Salman Khan?

Salman uncle is a busy man. However, I still call him on his birthday, festivals and other special occasions.

After Bajrangi Bhaijaan, you did a few ads and TV shows. Suddenly, you went missing. Why?

Frankly speaking, I am currently focusing on my education. It is a known fact that Bollywood doesn’t have enough films revolving around kids. After Munni, I can’t take any role that doesn’t tap into my true potential. I’m waiting for a good role to come my way. 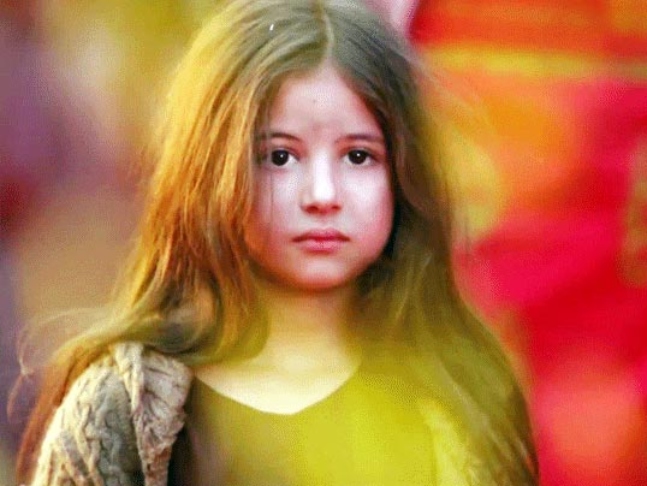 I was offered many films, even from the South. However, they weren’t as good as Munni.

Salman Khan had told you to not continue as a child artist and advised you to focus on grooming yourself for a big Bollywood debut as the lead. Is it true?

Yes, Salman uncle told this to my mother. I shot for a cameo in Prem Ratan Dhan Payo as younger Swara Bhasker. I had signed it before Bajrangi Bhaijaan. However, Salman uncle asked Sooraj (Barjatya) uncle to replace me as he didn’t want me to do small roles. He wanted me to wait for bigger roles and groom myself for a grand Bollywood debut as an adult.

Are you planning to pursue acting after completing your education?

Acting is my heartbeat, I can’t leave it at all. I want to pursue acting and become a superstar. 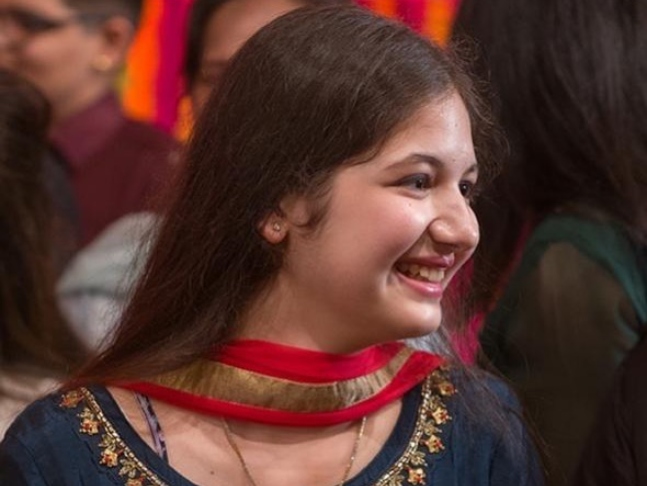 Recently, your pictures went viral on social media and you were the talk of the town. Did you expect such a thing to happen suddenly?

I’m happy that my pictures went viral and I thank my fans for loving me so much. I wore a traditional outfit for Diwali and shared pictures on Instagram. Everyone thought I have grown up too quickly but they forgot that they saw me on the big screen when I was very young. I will definitely grow up na, if it’s possible, I would love to stay a kid forever! 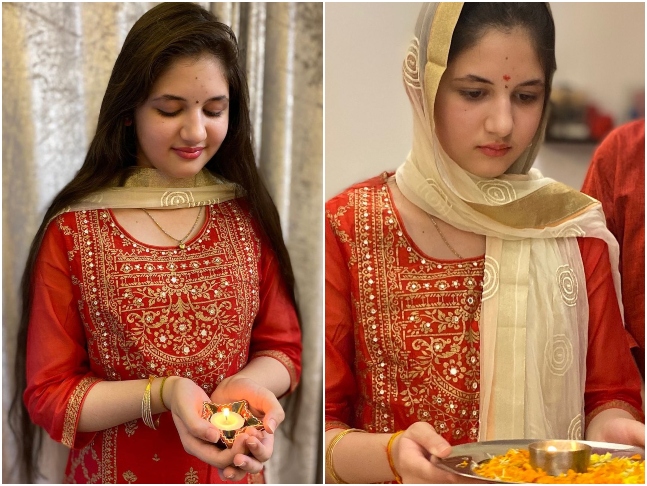 You shot to fame at a tender age. While growing up, was there a change in the way you looked at life? Did your thought process change over the years?

When I was around 4, I told my mother that I wanted to see myself on the big screen. By God’s grace, I got to experience it. It hasn’t affected me in any way. With proper guidance and support from my parents, I’m a normal girl who enjoys every small thing in life. Yes, I’m growing up now and with this, my thoughts are also changing.

Name the actor, actress and filmmaker you want to work with in the future.

I like all of them and don’t want to leave opportunities of working with them.

(Interviews from the series will be published every Wednesday only on PeepingMoon.com)