Advertisement
HomeBOLLYWOODEXCLUSIVEPeepingMoon Exclusive: ‘Raat Baaki Hai is not like other thrillers, it has a theatrical vibe and a pace different from crime dramas,’ says Paoli Dam

PeepingMoon Exclusive: ‘Raat Baaki Hai is not like other thrillers, it has a theatrical vibe and a pace different from crime dramas,’ says Paoli Dam

Paoli Dam has appeared in several Bengali films before she made her Bollywood debut in Hate Story. She followed it up with her digital debut in Kaali and then was seen in Anushka Sharma's production Bulbbul. Paoli is now looking forward to the release of her Zee5 original film Raat Baaki Hai which also features Annup Sonii, Rahul Dev and Dipannita Sharma.

In an exclusive interview with PeepingMoon.com, Paoli spoke about her character Vasuki in the film, her director Avinash Das and the universal connect she had with all her co-stars. 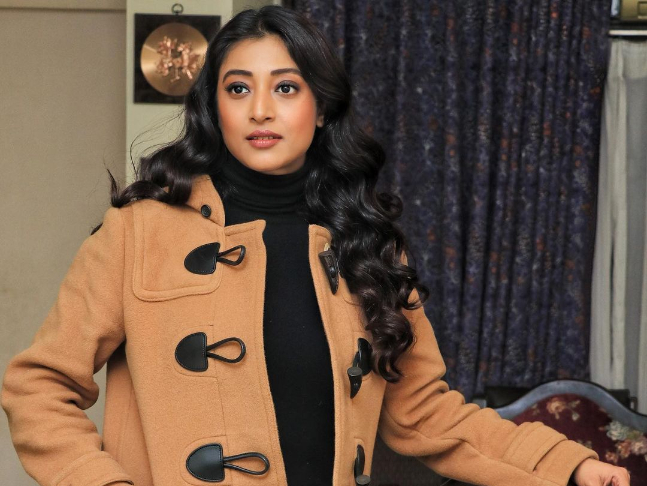 Could you tell us something about your character in Raat Baaki Hai?

Raat Baaki Hai is a Zee original film and this is my second collaboration with them. My debut was with Zee through Kaali and that was a series. Raat Baaki Hai is adapted from a play called Ballygunge so when I was sent the script it was written as Ballygunge, Raat Baaki Hai became its title later. However, it is so apt. When I was told Ballygunge and this film was adapted from the play in which Anuup has been performing for years now and he performed it in Kolkata and they used to live in Ballygunge and that’s how the name came up so I was like I live in Ballygunge, I live in Kolkata, so I told him are we shooting in Ballygunge but he said that we are shooting in Ranthambhore, Rajasthan. The majestic view of the Rajasthan palace was breathtaking for me after 4-5 months of lockdown and being at home I was looking for a way out and thankfully it came through Raat Baaki Hai which is a fantastic story. The play was only about the conversation between Vasuki and Kartik but then it was adapted and made into an investigative crime thriller which became more intriguing for the audience actually. My character of Vasuki comes at a point with a lot of mystery attached to her that needs to be solved. That much I can tell you and as the name suggests, Vasuki is cool, calm composed and in control of her demeanour and emotions. Even though it is a thriller she is telling her dialogues in a certain pace, she is not in a hurry so it is how snakes are, and they have their own way of doing things. Vasuki is a very interesting character and she comes across as a very strong, women in power kind of person but when you know her she is very vulnerable and has a lot of love. But something changes her and that transition is what the film is about, why she has become like this. There are lots of layers to the character and it is a multidimensional role which I loved doing.

The movie was shot in the night at a stretch, so could you share your experience about it?

It was like 12 days we shot throughout the night from 7 pm to 7 am, when we were supposed to sleep we were shooting. So it was really tough to do that shooting nights back-to-back and once we wrapped our night shoot the day filming began and also the scenes were so intense so there was no scope of moving out and I didn’t want to also. Vasuki, I would say since we wanted to approach the character very organically instead of preparing from beforehand much as it was a call taken by the director and me, we improvised a lot during the shoot and even on dialogues, even before any shot was taken, I had most of my scenes with Anuup and Avinash, our director used to say that this space belongs to you guys just work out what you want to do, choreograph it and then we would shoot. So it was very theatrical space as well also, having a classical, eternal note to it, like thrillers are not actually like that, they have a certain pace but Raat Baaki Hai is unlike any other thriller that we have seen before and that made the film totally different. The night shoot was difficult for not only us actor but the entire crew but it was such a nice experience that we don’t know when these 10-12 days went by. There was a lot of spontaneity and passion involved in the shoot and I hope people will realize and love that.

How was it working with such phenomenal actors like Annup Sonii and Rahul Dev and Dipannita Sharma?

I had most of the scenes with Anup. With Rahul and Dipannita I just had bits and pieces. With Rahul I just had a one night shoot but both he and Dipannita are fantastic actors, they are fantastic people to be with on the sets. Dipannita is so warm and we used to speak so much about Bengal and Northeast and the connection. Even with Avinash, his mother tongue is Maithili and he used to perform in Kolkata and Anup used to perform Ballygunge in Kolkata so in a way I had a universal connect with them. So it was lovely working with them and I hope I get to work again with them.

A lot of your previous work have been in the serious drama or thriller category like Bulbbul and others, so any plans to turn a new leaf and dapple in comedy or romcom?

I would love to. I love romcom, I love fairytales but that doesn’t happen very much. I would love to work in a romantic film. But people love watching thrillers, they kind of get the ecstasy and right now the demand is there so supply is there as well. But I love watching comedy and I would like to be a part of it. 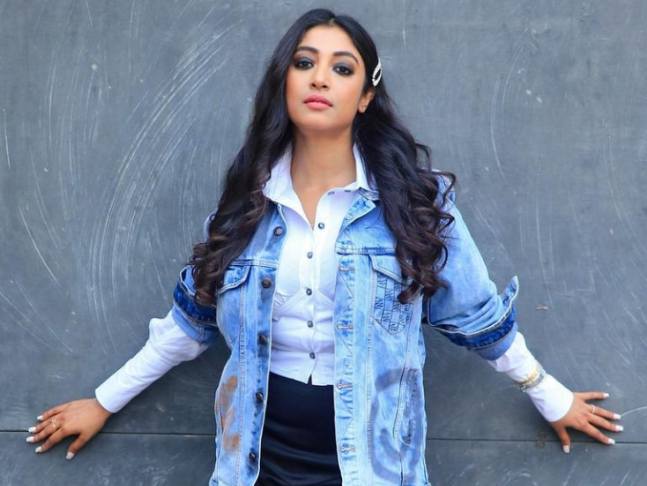 What do you have to say about the OTT censorship?

I believe freedom of expression especially for creative people because if they can’t be free how can they speak to the world through their art. However, at the same time there are people who take advantage of the system so there needs to be some kind of censorship in your own head instead of someone coming and telling you what you can and cannot do is much better. But yes, that ownership, that responsibility and that balance need to be maintained.

What are your future projects, could you share some deets?

I am shooting some web series but it is too soon to talk about that. Right now I just want people to watch and enjoy Raat Baaki Hai.