PeepingMoon Exclusive: Karma comes around to bite Kartik Aaryan as Akshay Kumar is signed for ‘Dostana 2’

It is said that Karma is a bitch. And if the news that Akshay Kumar, Bollywood’s most bankable superstar, is going to replace Kartik Aaryan in Dharma Productions’ Dostana 2 is true – then Karma has indeed come around to bite Kartik in the rear. And industry sources say he deserved it. Kartik, who was last week removed by Karan Johar from Dostana 2 for behaving unprofessionally and unreasonably, had showed unholy glee when he was signed last year to take forward the franchise in Anees Bazmee’s Bhool Bhulaiyaa 2 and not the original actor of Priyadarshan’s 2007 horror comedy that was Akshay.

Now while the fate of Bhool Bhulaiyaa 2 remains uncertain, it is believed that an exasperated KJo got on board the actor he is most comfortable working with for  Kartik’s role in Dostana 2. While both Karan and Akshay were unavailable for comment, the industry could not help rejoicing at the news. Akshay has earlier worked with Dharma Productions in Kesari and Good Newwz that both came in 2019. It is expected that Karan will tweak the lead character of his romcom to suit Akshay’s personality, but sources in Dharma said there might not be any need for that, Akshay was a consummate actor and would play any role. 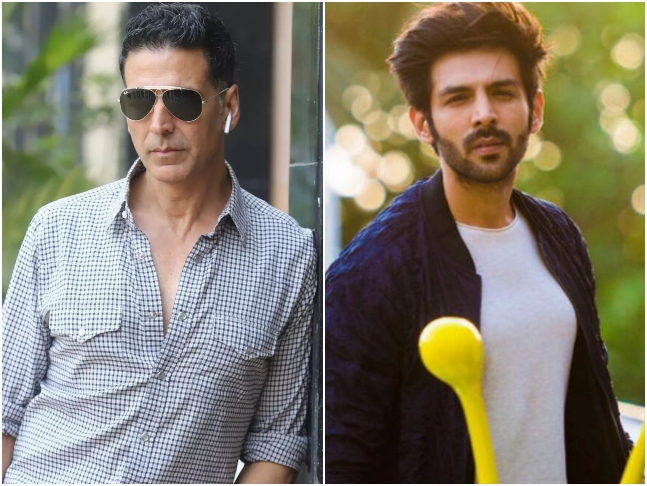 There was massive speculation about who would step into Dostana 2 after PeepingMoon.com exclusively broke the story of Kartik’s ouster last week. About 20 days of shooting had already been done before KJo took a call on Kartik. It is not known whether he decided to ask Akshay to join the film before or after letting Kartik go.