Advertisement
HomeBOLLYWOODEXCLUSIVEPeepingMoon Exclusive: Irrfan was nonchalant about his success, there was no 'kafila' surrounding him- Co-star & friend Imran Hasnee

PeepingMoon Exclusive: Irrfan was nonchalant about his success, there was no 'kafila' surrounding him- Co-star & friend Imran Hasnee

Irrfan left behind a legacy in Hollywood and Bollywood that can never be matched. After a 2 years-long battle with Neuroendocrine Tumour, the actor embarked on a journey to his heavenly abode. A year later, the void that Irrfan left behind is still felt. On his 1st death anniversary, PeepingMoon.com got in touch with Irrfan's closest friend and Paan Singh Tomar co-star Imran Hasnee to dive deep into the actor's lesser-known personal life.

Talking to PeepingMoon, Imran recalled the initial days after Irrfan's demise and said, "My hand used to go inadvertently to my phone without realizing he is no more to take the call. He further said that he misses Irrfan more as they would discuss books and talk about everything except films. 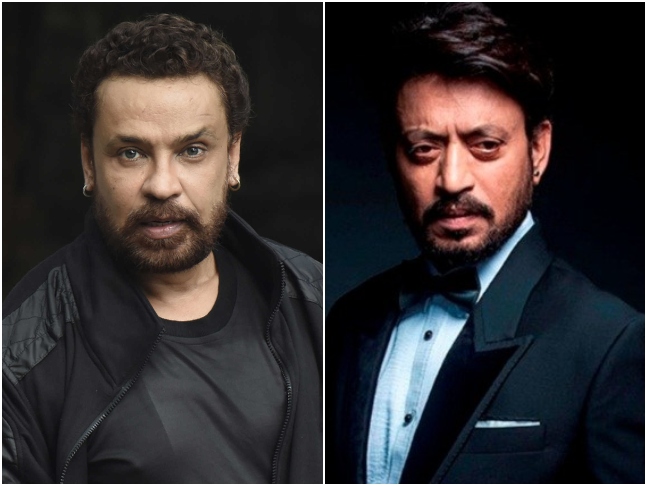 RECOMMENDED READ: PeepingMoon Exclusive: Had Irrfan been among us, in the next 30-35 years he would have written 'script of acting' - Jaideep Ahlawat

Imran, showering love on his best friend, said Irrfan never behaved like a star and was always grounded. "Irrfan was so nonchalant about his success; there was no kafila surrounding him unlike other stars," he shared.

Irrfan's last film was Angrezi Medium which released in March 2020, just before the nationwide lockdown was announced. The film marked the actor's return to the big screen post his treatment. But Imran revealed that Irrfan was in pain while shooting for the film. However, it somehow managed to heal him, he said. "He shot Angrezi Medium in pain, the film nearly healed him but no one knew that will be his last," Imran told.

Irrfan's son Babil I. Khan will be making his acting debut opposite Tripti Dimri in Anvitaa Dutt's Netflix film, Qala. Reacting to that, Imran said, "Babil has Irrfan's DNA, there is no doubt he will take ahead his legacy, I'm excited for his debut."

Before signing off, Imran, remembering his best friend, said, "There is only one word that can define Irrfan, and that is 'Honesty'."