Advertisement
HomeBOLLYWOODEXCLUSIVEMother's Day Exclusive: I'm obsessed with Ranveer Singh, would love to see daughter Shanaya Kapoor with him in a film- Maheep Kapoor

Sanjay Kapoor and Maheep Kapoor's daughter Shanaya Kapoor is just a few months away from starting the shoot of her big Bollywood debut. Shanaya, an Assistant Director for Gunjan Saxena: The Kargil Girl, will be launched by Karan Johar. The new star on the block has been preparing for her debut. While not much about her first film has been disclosed, Shanaya's mother did confess that she wants to see her daughter share the screen space with Ranveer Singh.

Maheep, in an exclusive interview with PeepingMoon ahead of Mother's Day, told that she is personally obsessed with Ranveer and or is her mother and daughter Shanaya. The entrepreneur, who featured in Netflix's Fabulous Lives Of Bollywood Wives, told, "I am obsessed with Ranveer Singh. It’s not just me, it is my mother and Shanaya too. All three generations go crazy when we see him." 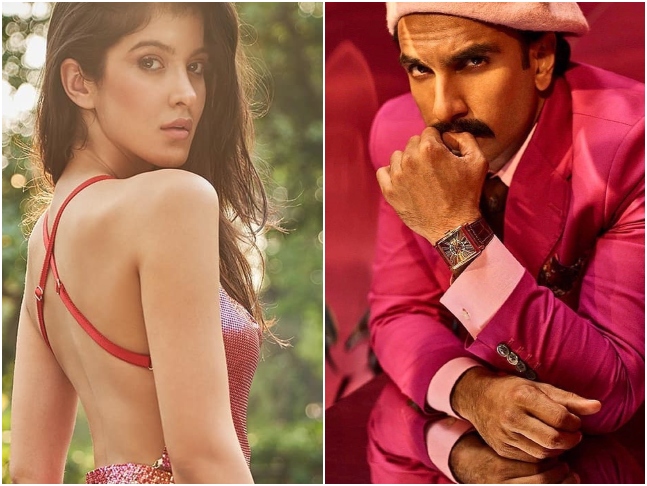 Recommended Read: PeepingMoon Exclusive: Trolls are part and parcel of the industry, Shanaya Kapoor and I don't give any energy to them- Maheep Kapoor

Before concluding, Maheep put it out in the universe that may Shanaya get Ranveer as her hero in her second film. With an energetic smile, she said, "Never say never."

According to reports, Shanaya's debut film will also star Lakshya and Gurfateh Pirzada. All three of them are being managed by Dharma Cornerstone Agency. The film is expected to go on floors in July 2021.

PeepingMoon Exclusive: The Family Man 2 has the potential to make it t