Advertisement
HomeBOLLYWOODEXCLUSIVEPeepingMoon Exclusive: ‘No pressure on being a part of Akshay’s & Kareena’s song, but excitement to do something that I dreamt in childhood,’ says Krystle D’Souza on ‘Ek Bewafaa’ song

Krystle D’Souza, who is well-known for shows like Ek Hazaaron Mein Meri Behna Hai and Brahmarakshas has lit the internet on fire with her new music video, Ek Bewafaa. The song is the remake of Akshay Kumar’s and Kareena Kapoor Khan’s popular number from the film Bewafaa and is sung by Sameer Khan. The video also stars Siddharth Gupta and Akshay Kharodia.

In an exclusive interview with PeepingMoon.com, Krystle spoke about working on the music video during the pandemic and looking forward to her Bollywood debut, Chehre. Talking about feeling any pressure on starring in the remake of Akshay’s and Kareena’s song, Krystle said, “No, not at all, I remember listening to the song in my childhood and thinking that one day I will be a part of such filmy song and boom, here I am doing the remake. So there was no pressure, it was so much fun. There was no pressure but a lot of fun and excitement to be a part of something that I dreamt in my childhood.” 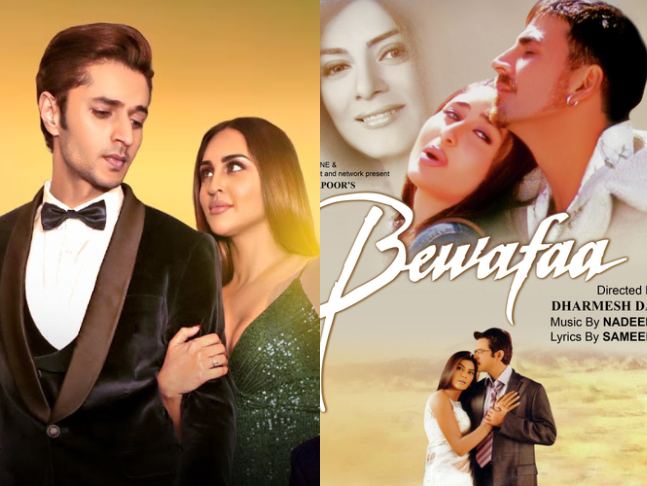 She further lauded the team of Tips headed by Ramesh Taurani and Kumar Taurani and said, “My experience for shooting for Ek Bewafaa was amazing. I think Tips’ entire team was so professional, so homely, so well-planned, of course my director Adil Shaikh made us all feel so much fun and we had a blast on set. Siddharth and Akshay were amazing to work with and Sameer Khan has really sung it so smoothly and so amazingly. I enjoyed being a part of it as the song is connected to my childhood. The Tauranis made me feel so much at home and so comfortable and we shot it last year on December 23 and all protocols of Covid-19 were taken care of and all us were tested and there were sanitizers every two meters and people maintained social distancing. All the protocols were taken care of only because it was headed by Ramesh Taurani and Kumar Taurani and they were so careful and took such great care of all their artists and crew that I felt extremely comfortable on the sets.”

Krystle also spoke about her look in the music video which is generating the right buzz and gave credit to the director Adil Shaikh and said, “Honestly, we did one day of rehearsal and the same day we had a dress rehearsal. There was this amazing green sequined gown and we just tried it and it looked stunning. Even with the other white one looked amazing. Everything was well thought of by the team and Adil had everything in mind how he wanted the look to be. There was not even one extra shot and it all boiled down to just fifteen minutes of trial.”