Advertisement
HomeBOLLYWOODEXCLUSIVEPeepingMoon Exclusive: Sonia Rathee opens about her intimate scenes with Sidharth Shukla in 'Broken But Beautiful 3', says 'had clarified what I was comfortable with'

Actress Sonia Rathee is all set to step into the shoes of Harleen Sethi for the third season of Broken But beautiful. Sonia will be seen as the lead female protagonist, Rumi Desai, alongside Sidharth Shukla, who will be seen playing the role of Agastya Rao. Broken But Beautiful 3 is all about passionate love, obsession and heartbreak. It also has quite a few romantic and intimate scenes.

Talking about the same, in an exclusive chat with PeepingMoon, Sonia opened up about her intimate scenes with Sidharth. She said that she had a talk with her director Priyanka Ghose, discussing what she was comfortable with, even before the shoot started. Sonia said, "So, I actually clarified quite a few times actually. In the beginning when I first got the role and we were going through the scripts, the number of scenes there are, in the first version of the script, there are actually a lot more. Somehow through workshops and stuff, we got it down and it’s still a lot. But then I called my director Priyanka up and this was before we even started shooting and I was like 'listen this is what I’m comfortable with, this is what I’m not comfortable with' and she was so sweet and she was like 'I’d never make my actors uncomfortable and I’m glad that we got this out of the way so when we go on set, you can just focus on what you have to do'. Even when we were there and we were doing intimate scenes, we were able to workshop them. We were like this doesn’t make sense, maybe we should do it this way. So it became a scene study rather and we all just worked at it together." 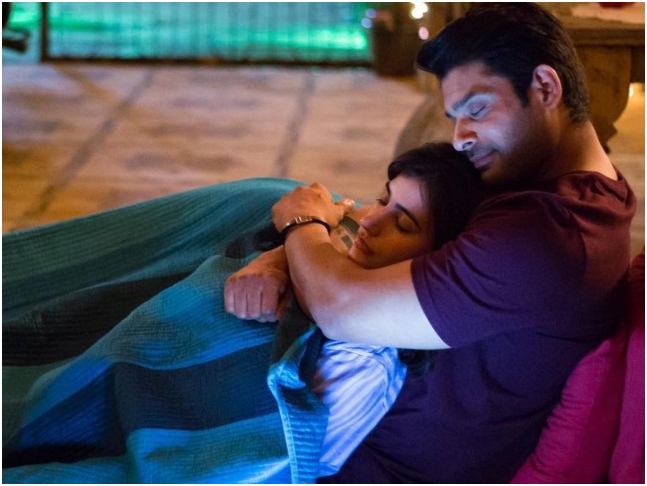 Recommended Read: Watch: Sonia Rathee as Rumi Desai is here to breaks hearts and rules in 'Broken But Beautiful 3'

When asked about her experience working with Sidharth, she called it awesome. "It was awesome, he is a great guy and he’s so fun loving. There’s never a boring moment on set, he is always making fun of someone. He’s always cracking jokes, we would just have fun. After they’d call cut, it would just be me, my director, Sid and we would just like crack jokes the whole time and keep each other laughing. So, it was a lot of fun working with him," she added.

Broken But Beautiful 3 is the story of Agastya Rao and Rumi Desai — two people from very different worlds. Not only are their worlds poles apart, but they are also a complete contrast to each other. Both Agastya and Rumi knew what they wanted, but not what they needed. Eventually, they both experienced love and heartbreak. Produced by Sarita A Tanwar and Niraj Kothari of 11:11 Productions and directed by Priyanka Ghose, Broken Beautiful 3 features Sidharth Shukla, Sonia Rathee along with Ehan Bhat, Jahanvi Dhanrajgir, Manvir Singh, Taniya Kalra & Saloni Khanna in prominent roles. The show will release on May 29, 2021.