The OTT platforms have given some actors the kind of recognition they never received despite working in films for decades. Manoj Bajpayee is one such actor who's finally getting his due thanks to his Amazon Prime series, The Family Man that has widened his fan base among all age groups of viewers. With the second season dropping to rave reviews from critics and audiences alike, Bajpayee has established himself as one of the digital superstars. Thrilled by the praise coming his way for his portrayal as the intelligence officer Srikant Tiwari, we heard Bajpayee is now sticking to web space for some time.

Peepingmoon.com has exclusively learned that Manoj Bajpayee has signed one more web series. It's a Netflix show and will be directed by Abhishek Chaubey who has previously helmed critically acclaimed films like Ishqiya, Udta Punjab, and Sonchiriya. The yet-untitled series is said to be a black comedy set in South India and will have an ensemble cast that consists of a mix of both North and South Indian actors. It will also have an equally important female lead and while one is locked for that role her name is not being revealed at this moment. We also heard the characters of the show are all wacky and edgy and will remind audiences of Chaubey's 2010 debut film, Ishqiya that starred Naseeruddin Shah and Arshad Warsi as two criminals who fall for a kidnapper's seductive widow, played by Vidya Balan. 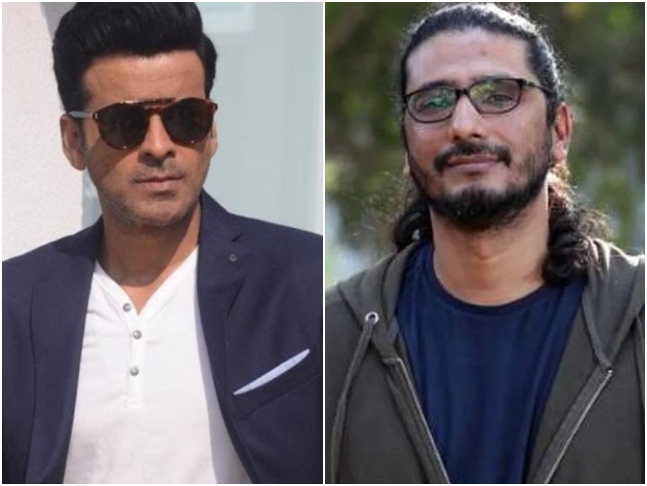 This Netflix show was earlier scheduled to get off the ground in September, however, it's likely to get postponed by a month or two now as actors and technicians' dates have gone haywire due to COVID-19 and they'll have to finish the projects they committed first before heading to a new one. Chaubey has completed the recce and is currently working out on a fresh shooting schedule to begin the work on the show that marks his hat-trick of collaboration with Bajpayee after the 2019 dacoit drama Sonchiriya and the upcoming Netflix anthology, Ray that's based on the four short stories written by legendary filmmaker Satyajit Ray. Chaubey's segment titled Hungama Hai Kyon Barpa is a satirical tale of two men and their intertwined fates and will see Bajpayee playing the role of a popular ghazal singer with a secret past who finds himself in the company of an ex-wrestler turned sports journalist (played by Gajraj Rao) on a train journey. The anthology is scheduled to premiere worldwide on June 25.

Apart from Ray, Manoj Bajpayee has two more films — Dial 100 and Despatch — ready to release directly on OTT this year. While Rensil D'Silva's thriller drama Dial 100 stars him alongside Neena Gupta and Sakshi Tanwar, Kanu Behl's investigate thriller Despatch sees him as a crime journalist who finds himself sucked into the murky underbelly of business and crime. Abhishek Chaubey, on the other hand, is simultaneously also working on the biopic of Dhyan Chand for Ronnie Screwvala's RSVP banner.