Tanya Maniktala who shot to fame with Mira Nair's BBC Television series A Suitable Boy is slowly and steadily making her presence felt in Bollywood. The actress recently got selected for the first-ever BAFTA Breakthrough India Initiative alongside nine others working in films, games, and the TV Industry. The initiative will give them opportunities to connect with and learn from some of the best in the British and Indian creative industries, share their expertise with peers around the world, gain access to opportunities beyond geographical borders, and be promoted as BAFTA Breakthrough artists globally. While Tanya is looking forward to her BAFTA experience, Peepingmoon.com has learned that she already has plenty of projects in her hands.

We've learned from industry sources that Tanya has signed a new web series for the streaming giant Amazon Prime Video. The show titled The Girl is a thriller set in North-east India and will star Tanya in the lead alongside an ensemble cast that consists of actors from both the Hindi and Bengali film industry. While the makers have got on board Jisshu Sengupta, Parambrata Chattopadhyay and Saurav Das from the Bengali industry, the show also features Bollywood actors such as Samir Soni, Vinay Pathak and Zarina Wahab in pivotal roles alongside Maniktala.

RECOMMENDED READ: Muse Tanya Maniktala in and as ‘Naveli’ narrates the story of a new bride for Torani’s latest collection

Billed as a thriller with a difference, The Girl has been written and created by Arindam Mitra while Bengali filmmaker Debaloy Bhattacharya will be directing it. Known for Bengali films like Dracula Sir, Biday Byomkesh and Roga Howar Sohoj Upay among others, Bhattacharya will be making his Hindi directorial debut with this series that's scheduled to go on floors later this month in Kolkata. The show marks Mitra's second collaboration with Bhattacharya after the later edited the promos of his 2004 Hindi production Black Friday, directed by Anurag Kashyap. 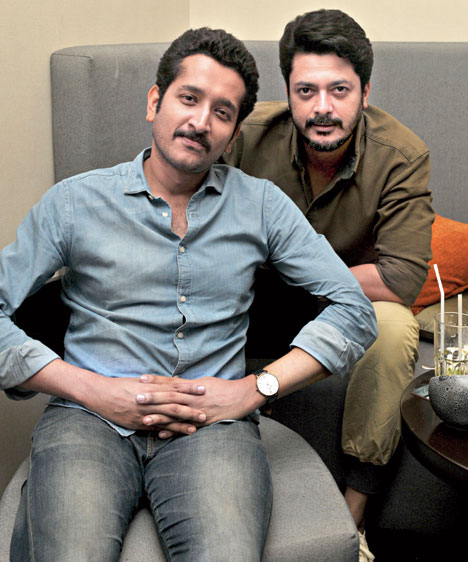 PeepingMoon Exclusive: Payment is dependent on the box office you can

PeepingMoon Exclusive: I took my family to watch Laila Majnu on 3rd da