Advertisement
HomeBOLLYWOODEXCLUSIVEPeepingMoon Exclusive: 'I'm in talks for something, but nothing is concrete as of now,' says birthday star Shweta Tripathi on her Hollywood debut

PeepingMoon Exclusive: 'I'm in talks for something, but nothing is concrete as of now,' says birthday star Shweta Tripathi on her Hollywood debut 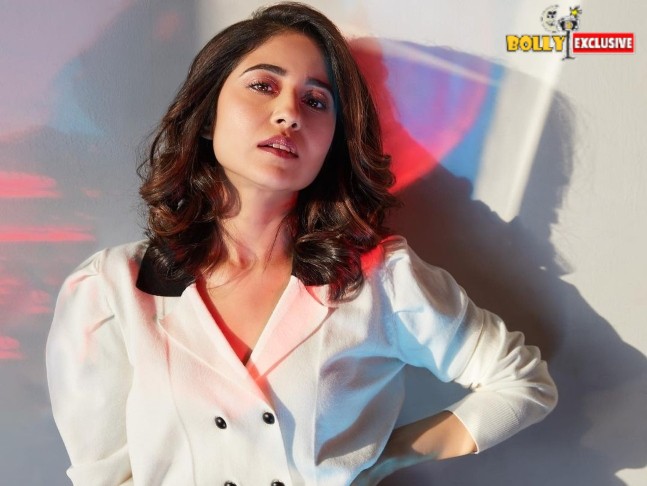 Call her Shaalu Gupta or Gajgamini 'Golu' Gupta, Shweta Tripathi has been impressing the audience with her earnest performances in the projects that she signs. She started her acting career in 2009 with Disney channel's Kya Mast Hai Life and went on to make her Bollywood debut in Masaan as Shaalu. In a career spanning over a decade, Shweta has become a household name and continues to be a bankable star with every new project.

Today, as "Battatawada" (Shweta's social media handle name) celebrates her birthday, she spoke to PeepingMoon about her future plans and confirmed being in talks for a Hollywood project. During the conversation, Shweta also spoke about what kept her going throughout the lockdown and how she dealt with COVID-19. 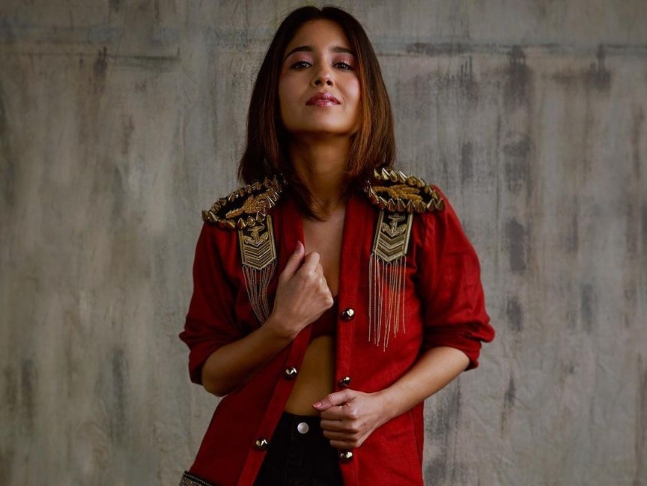 What’s the plan for your birthday?

It will be a working birthday for me and I'm glad that we are shooting after a long gap. The celebration kickstarted over the weekend. After wrapping my work, I'll be spending time with my friends and family members. I'll also be binging on my favourite food as I don't have to shoot for another week. I won’t feel guilty (laughs).

You recovered from COVID-19. How mentally stressful was it?

Not just COVID-19, but the lockdown, people testing positive in the family etc. wasn’t easy. Now, people have realised that physical fitness and mental fitness both are equally important. It goes hand-in-hand and we have to take care of ourselves. When I tested positive, I was supposed to be on the sets for 2 days. But after the diagnosis, my first forward was to my director. I felt bad because of the changes that had to be made in the shooting schedule. But my director assured me and asked me to not worry. COVID-19 can happen to anyone even if you take all the precautions. I feel the time and money invested by the producers shouldn't be wasted, but in such cases, nothing can be done. I took that time off and rested it out. I didn’t exert at all.

I feel we are our best therapists. You might not be saying your thoughts aloud but your body listens. It is very important to be mindful of what you are saying. I also realised that all days are not the same. We pay a lot of importance to how our day should be. We should take it easy and not be hard on ourselves. The lockdown has been difficult financially for many, even actors. How have you been dealing with it?

Thankfully, social media kept me busy with the kind of content I created. It is a great source of income. During the lockdown, there were a few things that I did and The Gone Game happened. Financially, I have been fortunate enough that the year wasn’t that bad.

You’ve been doing content-driven films to date. What’s keeping you away from commercial masala drama?

I think the trend is only changing. 90s mein joh content banta tha na, voh ab nahi banta hai. The world has opened up because of the OTT. You are watching different content, be it from Spain or Russia. Everything has become real now. I want to be a part of good projects, be it commercial or content-driven. The story should strike a chord with me.

Actors like Ali Fazal, Huma Qureshi and many others are representing India in Hollywood. Any international plans for you?

You recently celebrated 3 years of marriage. How has the journey been with Chaitanya Sharma (SlowCheeta)?

We’ve been together for 8 years now. We are each other’s biggest fans. There is so much that we keep learning from each other and growing together. We recently released our wedding video and it aptly showcases how the journey has been.

Can you shed some light on Yeh Kaali Kaali Aankhein?

It is a little too early to talk about it. We finished the shoot and it is under post-production right now. But, all I can say is it is high on drama.

What’s the update on Mirzapur 3?

I’m not sure whether we are going on floors this year. Mirzapur ka aapko jitne intezar hai utna hume bhi hai.

The Gone Game is returning with its second season. What can fans expect this time?

It is bigger than the first one. We have already shot for a week. It is one of the most challenging characters I have played. We shot virtually for the first season and the director would instruct us on video calls. Now, the entire team has come together. A character isn’t created by just the actor but the entire team. Content-wise, it is so much fun because we are doing it for the first time.