This is as big news as it is exclusive and exciting. Manish Malhotra, contemporary fashion’s pin-up boy, is stepping up from designing and styling Bollywood films to directing them next. And Manish’s debut film will be for best friend Karan Johar’s Dharma Productions. PeepingMoon.com has learned that the celebrity couturier is going to direct a dramatic musical love story set in the Partition era that Dharma will magnificently mount on a large scale.

A Dharma source said that the story and screenplay for this period musical drama romance had been written by Manish himself and it was being developed by the production house with the help of a historian. “It’s a solid script, one of the finest Dharma Productions has worked on, and everybody is very excited,” the source added. At the time, the film is on the drawing board, but it is expected that Manish and Karan Johar will soon get down to the nitty-gritties of making it. 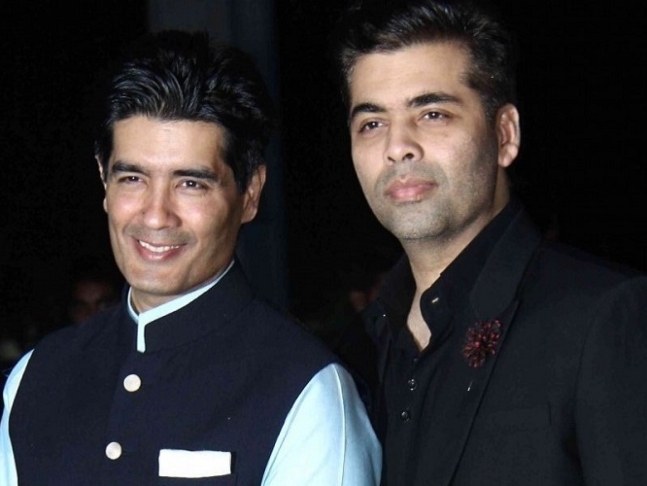 Recommended Read: PeepingMoon Exclusive: To all those criticising Toofaan, all I want to say is, 'Get Well Soon'- Mrunal Thakur on film being accused of promoting 'love jihad'

Manish was a model and runway fashion designer who used to style Bollywood actresses like Sridevi, Juhi Chawla, Karisma Kapoor, Raveena Tandon, Manisha Koirala and Rani Mukherji for films. His costumes for Kajol in Dilwale Dulhania Le Jayenge (1995) and Urmila Matondkar in Rangeela (1995) were so fashionably sassy, that Manish got pitchforked into the limelight, and Karan coaxed the shy designer to entirely style Kuch Kuch Hota Hai for Dharma Productions in 1998.

This, his debut into film styling, was Manish’s big fashion revelation. His styling was so voguish in Kuch Kuch Hota Hai, other designers say, that everything the cast of Shah Rukh Khan, Kajol and Rani wore is still trendy. Manish’s genius was seen in the athleisure and street style look he gave the film. Since then, he’s styled every big-ticket Dharma Productions’ film from Kabhi Khushi Kabhie Gham and Kal Ho Naa Ho to Student of The Year and Kalank. 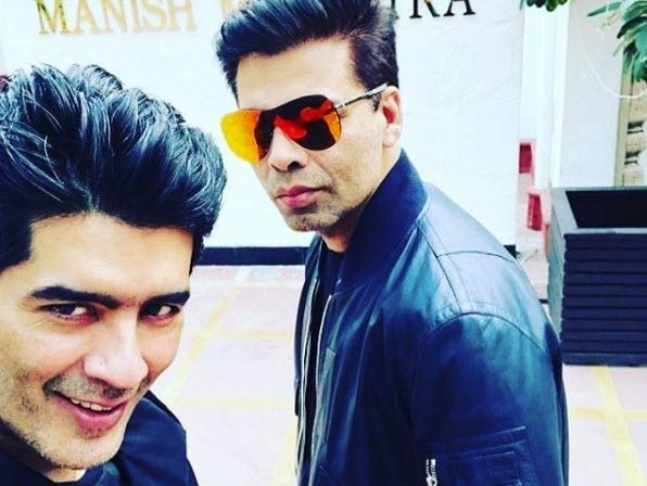 Directing a film had always been in Manish's imaginative mind. Way back in 2007, in a Bombay Times interview, Bollywood’s leading stylist had revealed, “Directing a film or writing a book – I’m going to be doing either soon.” But it was his nephew Punit Malhotra who made a directorial debut first in 2010 with Dharma’s romantic-comedy I Hate Luv Storys. Now Manish has come full circle. And there will be high anticipation for his Partition era musical-drama romance.

A glam Bollywood actress who is a front-row A-lister for all of Manish’s grand fashion shows when she is not being the show stopper herself, said, “His film will be spectacularly done, high in star quotient, and like the grand finale to a Fashion Week. When Manish shows – he shows! Since it’s a period film, the costumes are bound to be traditional but with a forward-looking young and modern twist, with ornate jewellery, beautiful embroidery, glamour, colour and the feel of a star.”

PeepingMoon Exclusive: Not fearing competition from The Kapil Sharma S

PeepingMoon Exclusive: ‘36 Farmhouse is a mass entertainer, it has e

PeepingMoon Best of 2021: That kind of motivation propels you to do more - Ranveer Singh on being the potential contender for winning the National Award for '83

PeepingMoon Best Of 2021: If the title of Chaka Chak is now left with me forever, I think that's just amazing - Sara Ali Khan