After wrapping up as much as 70% of the shoot, Netflix’s ambitious project, Bahubali: Before The Beginning, was put on the backburner. Based on Anand Neelakantan’s novel The Rise of Sivagami, the series reportedly didn’t turn out the way it was visualised. The fictional show was directed by South Indian filmmakers Deva Katta and Praveen Sattaru and shot with Mrunal Thakur as young Sivagami. Last December, PeepingMoon.com informed you about this development and also said that the series would be reshot with a fresh cast and director.

Now, a source close to Bahubali: Before The Beginning exclusively confirmed to PeepingMoon.com that Punjabi actress Wamiqa Gabbi has stepped in as the new Sivagami and is all set to report to the set. The production house is waiting for the monsoon to end before revisiting the fictional kingdom of Mahishmati. Lavish outdoor sets will be constructed and Wamiqa is expected to start shooting by September or October.

Recommended Read: PeepingMoon Exclusive: Mrunal Thakur opts out of Bahubali: Before the Beginning series after wrapping up 70% shoot due to lack of clarity from the production house

Meanwhile, PeepingMoon has learned that there’s another female lead in Bahubali: Before The Beginning besides Wamiqa. Lady Superstar of South Indian cinema Nayanthara has come on board too. Her character is being kept under wraps. This is the prequel to S S Rajamouli’s magnum opus blockbuster franchise Bahubali starring Prabhas, Anushka Shetty, Rana Daggubati, Ramya Krishnan, Tamannaah and Sathyaraj among others.

Billed as the most expensive Indian series coming out from Netflix, Bahubali: Before The Beginning is divided into two parts. Initially, the series written by Gaurav Shukla (of Asur fame) went on the floors in September 2018 and was successfully wrapped up in August 2019. Envisioned like a Game of Thrones, it will document the dramatic rise of Sivagami from a rebellious and vengeful girl to a wise and unequalled queen while the Kingdom of Mahishmati rises from being a city-state to an influential empire. 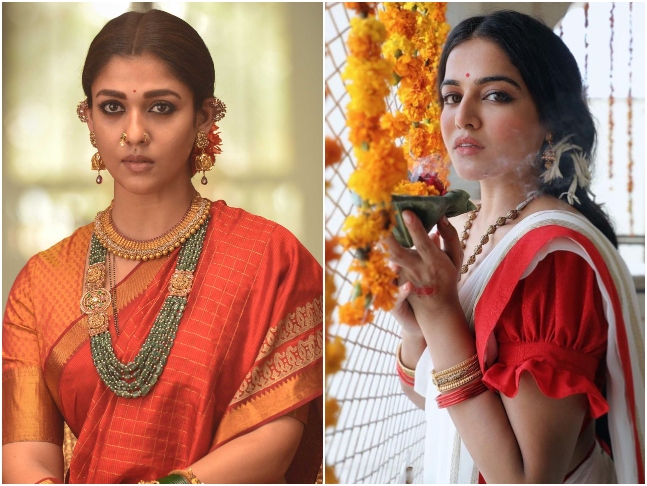