It’s an Akshay Kumar film. The first big ticket Bollywood entertainer to hit theatres after Covid and its many lockdowns. So naturally, the degenerate Fake News Bogeyman has stepped out of hiding from the dark shadows to try and discredit Bell Bottom with falsified information.

Today, the fabricated story on Twitter was that Amazon Prime, which is to pay Rs. 65-70 crore for the OTT premier of Bell Bottom, revised the deal after the film’s makers opted for a theatrical release and is now paying approximately Rs. 45 crore. It came after the trailer of Bell Bottom got ra-rah reactions worldwide.

Well, co-producer Pooja Entertainment was not taking any of this venomous news. It promptly counterattacked on Twitter. Calling out the tweet’s author Sumit Kadel and saying, “No truth to this #FakeNews twitter.com/Sumitkadel”. Exposed for what he is, Mr. Kadel deleted the tweet immediately. 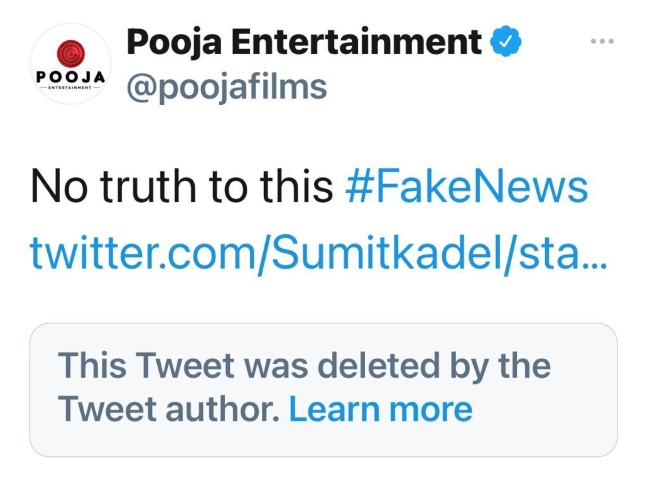 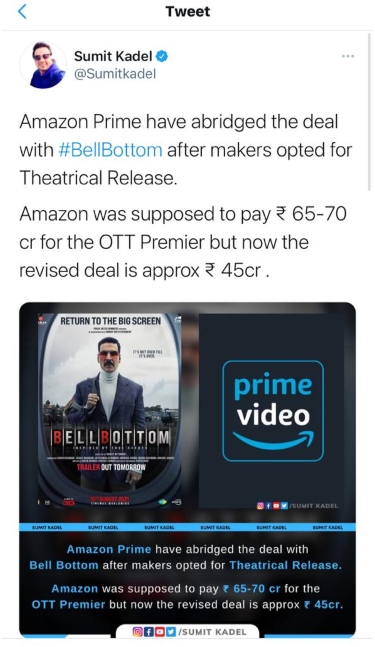 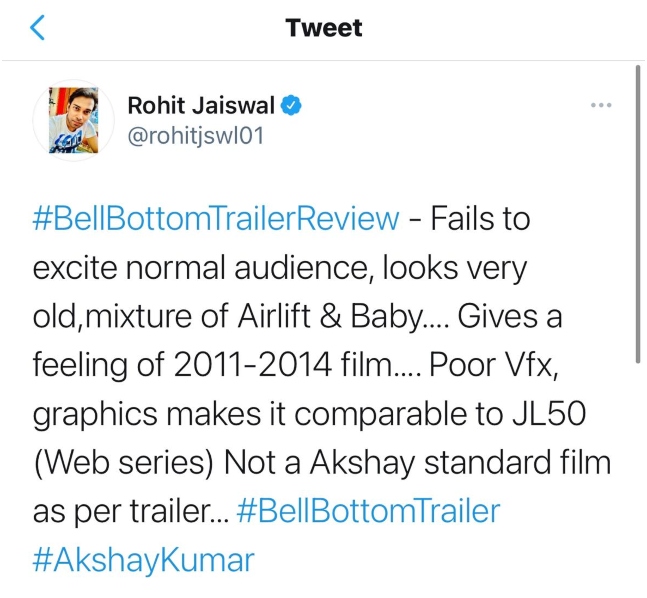 A Bollywood trade source alleged that the Fake News was an extortion racket carried out by immoral people insensitive to cinema who threatened filmmakers they would discredit and shame their new releases unless a hefty payment was made to them. It is believed the Cyber Police is now looking into this.