Sameer Nair's Applause Entertainment in association with Banijay Asia is all set to bring the hit French series Call My Agent to India. The coming-of-age dramedy's Indian adaptation that went on floors in November and was wrapped up early this year is currently in post-production. And now, Peepingmoon.com has learned that the show's streaming rights has been bagged by Netflix. The streaming giant has picked up this six-episode series under a lucrative deal with Applause Entertainment and will stream it sometime early next year. Netflix has already been home to the original French drama that ran through four seasons between 2015-2020.

Call My Agent is a workplace comedy that explores the world of talent managers in the film industry. While the original followed the lives and daily grind of four agents at a talent firm in Paris, the Indian version will be told through the eyes of four high-profile agents of Bollywood celebrities as they juggle the glitz, egos, and expectations of the industry alongside their own personal lives. Soni Razdan, Rajat Kapoor, Ahana Kumra, Ayush Mehra, Radhika Seth, and Suchitra Pillai among others star in the lead roles in this dramedy, directed by Sathiya and Bunty Aur Babli fame Shaad Ali. 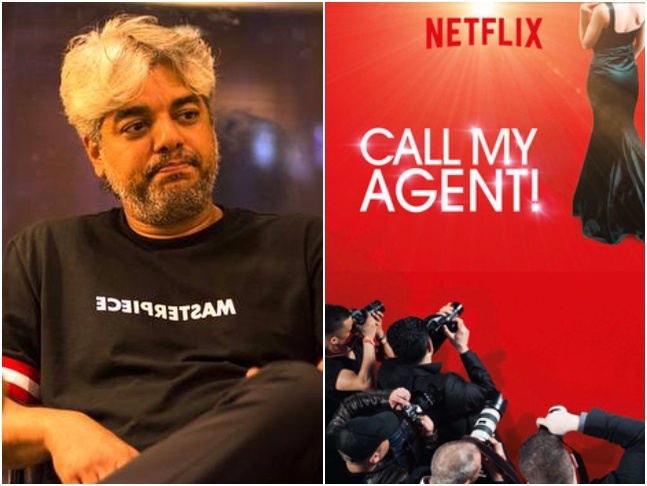 The Indian version of this witty and wicked drama series that's been scripted by writers duo Abbas and Hussain Dalal promises to take audiences on an enthralling, comic, and exciting journey into the lives of their favourite Bollywood stars. Besides the lead cast, the show also features Bollywood celebrities like Dia Mirza, Ali Fazal, Richa Chadha, Jackie Shroff, Lara Dutta, Shruti Hassan, and Farah Khan who will be seen in cameo roles playing exaggerated versions of themselves. The show is believed to be the first of its kind in India that narrates the story of celebrity managers who leave no stone unturned to ensure their star clients are at the top of their game in Bollywood.