Advertisement
HomeBOLLYWOODEXCLUSIVEPeepingMoon Exclusive: 'Bollywood is my ultimate goal, I understood from Pankaj Tripathi that consistency is the key to achieve it,' says Divya Agarwal

PeepingMoon Exclusive: 'Bollywood is my ultimate goal, I understood from Pankaj Tripathi that consistency is the key to achieve it,' says Divya Agarwal 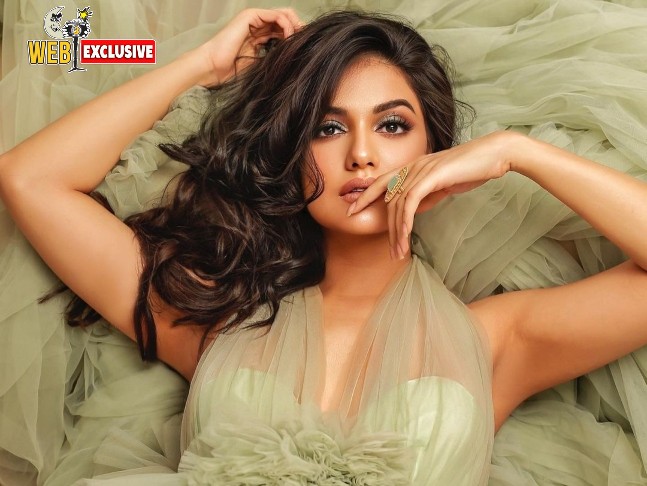 Divya, before entering the Bigg Boss OTT house, spoke to PeepingMoon.com about playing 6 mysterious characters in Cartel. She further opened up about working with an ensemble cast. Divya shared that after doing 14 music videos, she is willing to explore more in that space. Talking about collaborating with beau Varun Sood for a project, Divya said that will happen only if something meaningful and special is offered to them. Tell us something about your character in Cartel. Why did you sign a dark show?

My character is Cartel is quite mysterious. I’m be playing 6 characters. That's all I can reveal for now. For me, Cartel is not a dark show. It is a bitter reality. I'm born and brought up in Mumbai so I've heard stories of mafia and gangsters. I am quite intrigued to know the raw and real side of the city, what's going on in their criminal minds and their mentality.

Cartel has established actors like Supriya Pathak, Rithvik Dhanjani and others. Did you feel your character will get lost in an ensemble cast series?

For me and my love for cinema, it is always great to have such a cast on board. It is an honour for me to work with them. Before Cartel, I did an ensemble cast show titled Ragini MMS on ALT Balaji. In that series, most of us were young and freshers. After that, I realised that working with established actors and a huge cast will only give me more knowledge about cinema. Yes, 137 actors are too many but I had belief and trust in my characters. I have 6 different characters for me, so I'm sure I'll get enough limelight. With prosthetics and makeup, I feel I'll be a notch above the rest of them.

Ishq Nibhava was your 14th music video. Are you keen on exploring more ideas in that space?

Of course, music videos are like starters in a nice 5-course meal. They add more flavour to the menu. I would like to experiment more with songs because I’ve always wanted to be a rockstar and do something related to dance. I’ll keep trying new things through music videos.

You’ve done music videos, reality shows and web series. Any plans to get into mainstream TV shows and Bollywood films?

Obviously, that's the ultimate aim. If not now, you'll see me killing it at the age of 50, just like Supriya Pathak and Pankaj Tripathi. Looking at Pankaj Tripathi, I have understood one thing that consistency is the key. Today, tomorrow, or whenever, if you are consistent, the world will know you.

You started your own clothing brand, Bohoraani. What prompted you to venture into entrepreneurship?

Though I am making a career in acting, it was always fed in my head that there has to be some side business. Being in the entertainment industry, not every day is the same for actors. At times, actors have a gold kingdom and at times, they have nothing. I always knew that I am a good entrepreneur. When nothing in the entertainment industry was planned, I had my own dance classes and a retail clothing shop. Maybe I failed or deviated back then, but today, by God’s grace I have all the necessary resources to make Bohoraani a big brand. 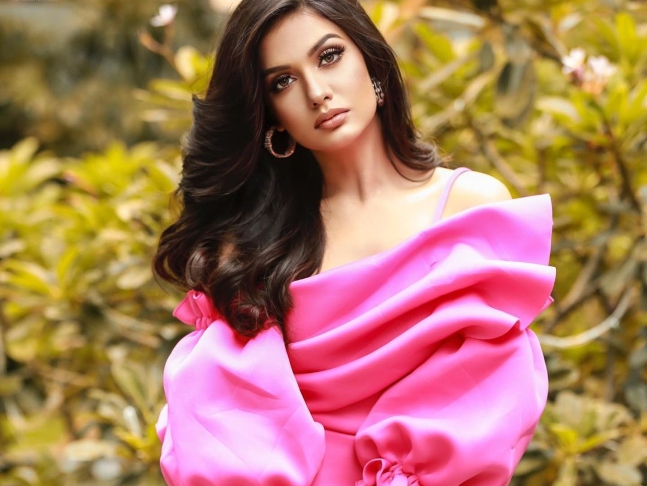 Being a social media sensation, you must be facing harsh trolls. How do you deal with it? Does it affect you?

It doesn’t affect me but it makes me wonder what kind of society we live in. I have friends across the globe and I have never heard such things from them. They are also celebrities in different parts of the world and I have never heard such demeaning trolls from any country but India. I know it is a sad truth and I am here to change that. For the last 3 years, I’ve been standing up against trolls. I think this is because of a lack of education and some cultural habits that have been developed. Being somebody who is fighting trolls, I don’t want to come across as arrogant or violent. I don’t want celebrities to troll them back but to teach them a lesson.

Varun Sood and your fans are eagerly waiting for your wedding. Are you planning it anytime soon?

There are so many things happening in our lives and that is why we don’t want to plan any wedding right now. Currently, we are excited about our work in the industry. Marriage is a huge responsibility and it is not just about us. Our families and fans unite, making promises. We are not ready for those promises but the moment we are secured with our dreams and promises, you'll get to know.

Any plans to team up with Varun for a project?

We are not planning anything right now. It was all about Divya and Varun in 2018-19. When Varun and I saw the dream of being actors or public figures, we never imagined sharing it with anybody. Varun and I are inclined towards our individuality. We don’t mind doing a project together but that has to be meaningful and special. That’s when Divya and Varun will collaborate.