Bhoot Police starring Jacqueline Fernandez, Saif Ali Khan, Arjun Kapoor and Yami Gautam is one of the much-awaited films of the year. The horror-comedy has preponed its release date and is all set to premiere on Disney+Hotstar on September 10, a week before its previous release date of September 17.

Directed by Pavan Kirpalani, Bhoot Police is going to bring in festive cheers to fans on Ganesh Chaturthi. In an exclusive interview, producer Akshai Puri spoke about shooting the film during pandemic, getting Arjun and Saif onboard to play ghostbusters and releasing the film on OTT and more. 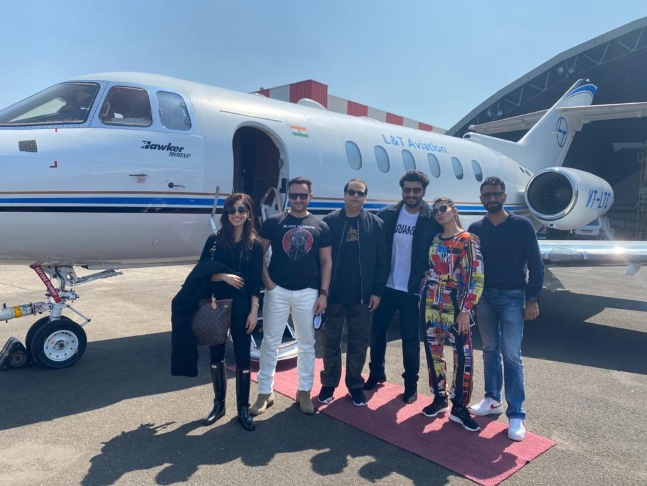 How difficult was it to shoot Bhoot Police during the pandemic? How did you ensure safety on the sets?

It was not very difficult as all the actors Saif, Arjun, Yami and Jacqueline were well prepared and took everything in their stride and we had to take the right precautions. We started to shoot the film on November 4 and we all left for Himachal Pradesh on October 30 on a chartered flight. The whole crew was there and we stayed in a bubble at the same hotel and we used to travel to the shooting location from the hotel and back in a bubble and we did not interact with anyone from the outside world and by god’s grace we were very lucky that we did not report a single case of coronavirus in the entire 6o days of schedule. We shot the film extensively in Himachal fro 30-35 days and then for 15 days in Jaisalmer and 5-10 days in Mumbai but thankfully we did not have even a single Covid-19 case on our hands. 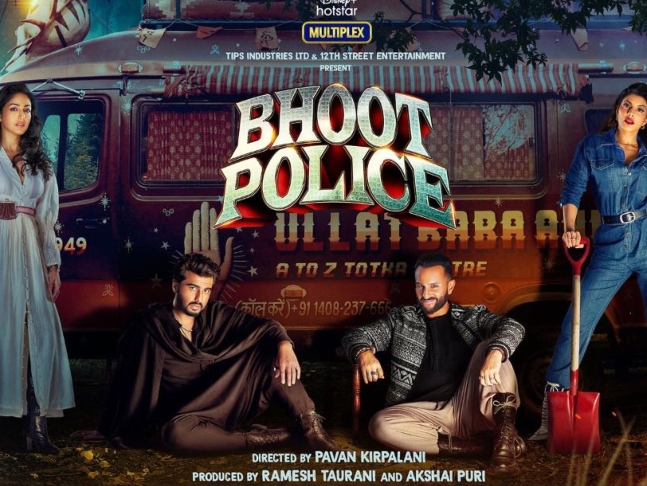 How did you embark on Saif and Arjun as the male leads, that too playing brothers with different nature and the love-hate relation between them?

When I bought the script from Fox, Saif was already on board. He gave the script to me and asked me whether I would like to produce it. I really loved the script and bought it from Fox and then offered it to Ramesh Taurani ji and he was happy coming on board the film as he liked it too. From there on we started the casting process, and the first name we thought of Saif’s brother was Arjun. He was very happy with the role and came onboard within two meetings and that’s how we cast them.

The release date has been shifted and brought nearer for the film, your insight? Also releasing the film on OTT, a compromise or a boon?

In today’s times getting a release on a premier platform like Disney Hotstar so it’s definitely a boon and you have to do the best during the circumstances and I believe this is the best for the film and the audiences who will get to see a new film that is ready so I think there is nothing to complain about. Once the theatres are open we will be back to theatrical releases but till that time OTT is great and I don’t think it’s a compromise at all from any angle. We’ve made the film in a certain way and we are promoting it in a certain way so the audience will definitely like it.

How was it working with Arjun, Saif, Yami and Jacqueline?

It was lovely. I’ve worked with Saif earlier also. It was great to work with Arjun and Jacqueline. Yami was a delight to work with, she is really professional. The whole team including Jaaved Jaaferi and everyone on the film came together and we were all coming out of the covid lockdown and everyone was flying out of Mumbai for the first time so was a bit scared, but when they saw how the bubble was maintained it became a close-knit family when we started shooting the film.

As Saif and Arjun are playing ghostbusters were there any inhibition or care you all took to portray the tantric community of India in a certain way?

We’ve taken utmost care to ensure that we don’t hurt any sentiments, and it’s a make-believe world, it does not portray anybody or is based on anybody; it’s just that these two brothers come across a case and how they solve it, it’s our own fairytale world that we’ve created in Bhoot Police, so there is no relevance at all with the real world.

Could you share some deets about Yami and Jacqueline’s character in Bhoot Police?

The horror-comedy genre has become highly popular now in Bollywood and we have had some really good movies. Can you name one film from either Bollywood or Hollywood which is your favourite from the genre?

Ghostbusters was one of my favourite films when I had seen it and in Bollywood Stree is my favourite that I have seen in the recent past. But this is a different film, Bhoot Police is a horror-comedy but it has action, drama, romance, it’s a proper masala entertainment and pretty wholesome film. It’s a crisp film with only 2 hrs and 8 mins runtime so it will definitely entertain the audience and keep them engaged.

What are your future projects?

It’s too early to say anything right now but there are quite a few projects that I am gunning for.