Telugu actor Bellamkonda Sai Sreenivas' Bollywood debut film Chhatrapathi went on floors in July without a heroine on board. The makers of the film decided to start shooting with the principal cast (minus the leading lady) after they couldn't find a top actress opposite the South actor. It was reported that the makers approached many top Bollywood heroines including Kiara Advani but they all turned it down as they didn't want to play a puppet in a South hero's Bollywood debut. Now, Peepingmoon.com has learned that Chhatrapathi has finally found its leading lady.

Industry sources have informed us that Nushratt Bhharuccha has been locked in to play the romantic lead opposite Bellamkonda Sreenivas in his Hindi debut vehicle. The film is the remake of SS Rajamouli's Prabhas starrer Telugu film Chhatrapathi, and Nushratt will reprise the role played by Shriya Saran in the original. She's said to have been paid an astronomic amount to star in this out-and-out action drama that also features Sahil Vaid, Shivam Patil, Amit Nair, and Rajendra Gupta among others in pivotal roles. Nushratt has already shot for a few days and will join the sets again in the film's next schedule. 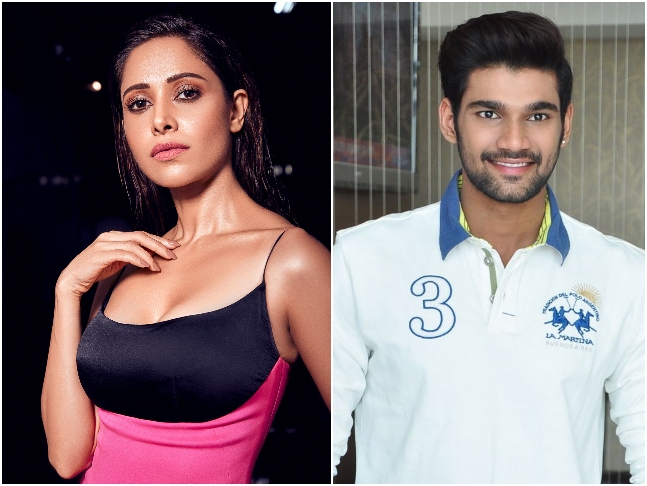 Produced by Jyantilal Gada of Pen Studios, Chhatrapathi revolves around a young man who's in search of his family. It's the story of how he becomes the Messiah of the people of a small hamlet where he grows up after being separated from his mother and brother very early on in his life. The makers are believed to have tweaked the script of 2005 original to match the sensibilities of today's Bollywood audience. V.V. Vinayak who directed Bellamkonda's debut film Alludu Seenu (2014) is at the helm while KV Vijayendra Prasad and Sajid Samji have written the adapted script. Chhatrapathi remake was officially launched on 16th July in Hyderabad in the presence of SS Rajamouli who clapped the first shot to commence shooting of the project.

Chhatrapathi remake is Nushratt Bhharuccha's sixth project in her slate. She has already completed Akshay Kumar's Ram Setu, and Sunny Kaushal and Vijay Varma starrer Hurdang, and is currently filming for Luv Ranjan's yet-to-be-announced silent film with Sohum Shah and Omkar Kapoor. She will then resume shooting for the Bellamkonda Sreenivas film before heading to Raaj Shaandilyaa's Janhit Mein Jaari. Meanwhile, Vishal Furia's horror film Chhorii that sees the actress playing a pregnant woman struggling to save her baby from the spirits out to get her unborn baby is set to premiere on Amazon Prime Video in November.