Karan Johar has some ambitious plans for his banner next year. With his five films already in various stages of production for the 2022 release, the filmmaker is now setting up his next lineup of projects. Sidharth Malhotra's aerial action film that will be directed by Pushkar Ojha and Sagar Ambre is expected to be the first film from the new slate to get off the ground. It will be followed by Gunjan Saxena: The Kargil Girl director Sharan Sharma's cricket-themed film with Janhvi Kapoor and Rajkummar Rao which will go on floors early next year. Now, we are revealing the next and the biggest one.

Peepingmoon.com has exclusively learned that Dharma Productions has got on board Akshay Kumar and Emraan Hashmi for their next comedy thriller. Karan Johar has brought these two superstars together for the first time for Raj Mehta's next directorial. The yet-untitled film is believed to be a full-on entertainer and will see Akshay and Emraan clashing with each other over some misunderstandings. It's supposed to go on floors in the first quarter of 2022, only after Raj Mehta is done with his forthcoming family drama, Jug Jugg Jeeyo, headlined by Varun Dhawan, Kiara Advani, Anil Kapoor, and Neetu Kapoor. 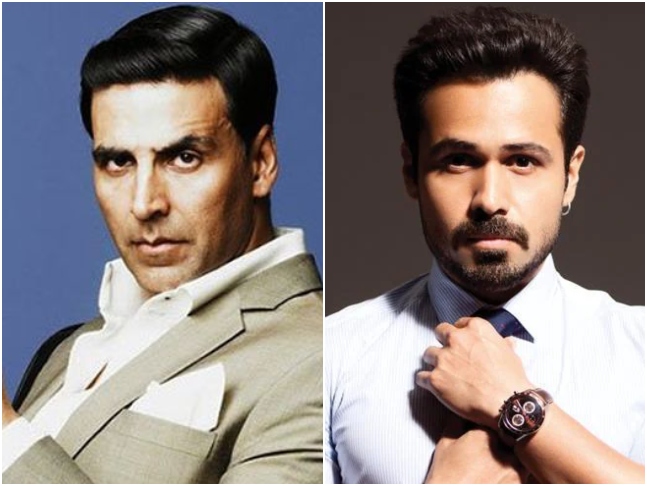 We've also learned that the Dharma Productions venture is the remake of the 2019 Malayalam film, Driving License that starred Prithviraj Sukumaran and Suraj Venjaramoodu in the lead roles. Akshay Kumar will be stepping into the shoes of Prithviraj and play a superstar while Emraan Hashmi will reprise the role of a motor vehicle inspector and the superstar's diehard fan that was portrayed by Suraj in the original Lal Jr. directorial. Described as a captivating drama on pride and pettiness, fandom and fury, the film is based on a simple incident that becomes a major ego clash between a superstar and his die-hard fan, after a series of misunderstandings.

The Raj Mehta next directorial marks Akshay Kumar's fifth collaboration with Dharma Productions after Brothers, Kesari, Good Newwz, and the upcoming Rohit Shetty cop drama, Sooryavanshi. Emraan Hashmi, meanwhile, is returning to the Dharma family seven years after Ungli. Both actors are said to have given their nods to this project and will head to it after completing their current assignments.

PeepingMoon Exclusive: There is an unrealistic sense of pressure as pe

PeepingMoon Exclusive: There is a dream I have where Vikram Bhatt is K

PeepingMoon Exclusive: Didn't have many scenes with Konkona Sen Sharma in Mumbai Diaries 26/11, but watching her perform naturally was a learning experience- Natasha Bharadwaj

PeepingMoon Exclusive: I didn't deserve eviction; for me, Pratik Sehajpal never existed- Vidhi Pandya on Bigg Boss 15 and equation with her co-contestant