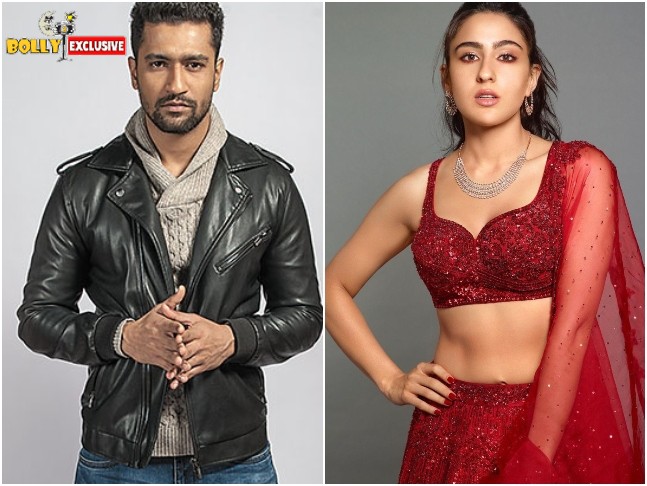 After directing Luka Chuppi and Mimi, filmmaker Laxman Utekar is collaborating with Dinesh Vijan once again. And this time the director-producer duo have got on board Vicky Kaushal and Sara Ali Khan to play the lead roles in their next romantic comedy. Now, Peepingmoon.com has learned that the yet-untitled film is a small-town story that also drives an important social message home. It's believed to be in the space similar to his first directorial Luka Chuppi (2019) which was a comic take on the live-in relationship.

Sources close to the development have informed us that Vicky Kaushal and Sara Ali Khan will be seen playing a married couple in this third Laxman Utekar directorial. It tells the story of a young couple who wants a house of their own away from their joint family. How they use the Indian government's flagship program Pradhan Mantri Awas Yojana (PMAY) to get a house and what dramas unfold to get eligible for the scheme form the crux of the story. The film is said to be a full-on family entertainer and will have an ensemble cast on board just like Utekar's previous movies. This Maddock Films production uses PMAY as the backdrop and sends out an important message in a lighter way.

We've also learned that Ayushmann Khurrana was earlier supposed to play the male lead alongside Sara in this film. However, things didn't work out and Vicky was brought on board to give the project a fresh feel. Laxman Utekar has already started pre-production and will soon conduct a dialect reading session with the cast to give them the flavor of the town it's set in. The film will go on floors on November 15 and will be shot in a start-to-finish schedule across Ujjain and Gwalior in Madhya Pradesh.

For those unversed, Pradhan Mantri Awas Yojana was launched in June 2015 to fuel the concept of "Housing For All". It works towards making life better for homeless people by constructing eco-friendly homes for people belonging to low-income families, middle-income groups, and economically weaker sections. The Narendra Modi-led government is proposed to build 2 crore houses for the urban poor by the year 2022 through the financial assistance of 2 lakh crores. Under the scheme, a subsidy of 2.67 lakh is provided by the government on the interest of a home loan for buying a house.