Minissha Lamba started her acting career in 2005 with Shoojit Sircar's Yahaan. After being lauded for her performance in her debut film, she went on to do notable work in Bachna Ae Haseeno, Kidnap, Shaurya, Well Done Abba and many others. In 2018, Minissha shifted her focus from films to television and starred in shows like Tenali Rama and Internet Wala Love. As Minissha completed 16 years in the industry, PeepingMoon.com got in touch with her to know to get more insights into her journey as an actress.

In the exclusive interview with PeepingMoon.com, Minissha opened up about her journey in Bollywood, which she said was tough and uncertain too. The actress also told us that no Godfather or mentor can assure stardom. In August this year, Minissha confirmed her separation from Ryan Tham. They had tied the knot in 2015. Now, she has found love in Akash Malik, a Delhi-based businessman. Talking about her separation, Minissha told PeepingMoon that people should now normalise it and shouldn't make it a big deal. 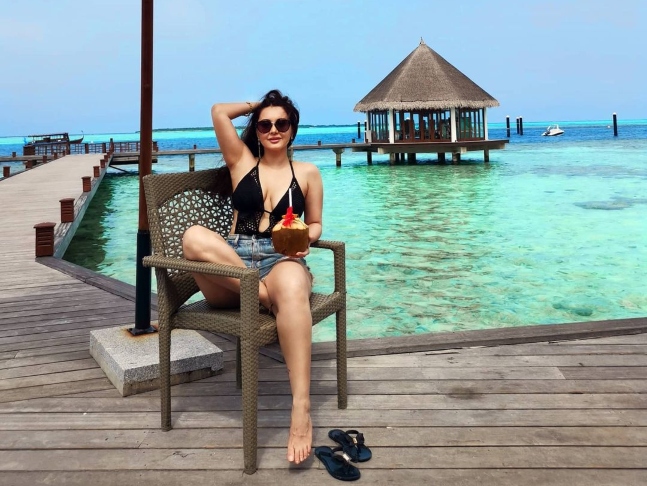 You've been in Bollywood for 16 years now. It must have been a tough and uncertain journey, right?

It was tough and uncertain, but isn't that life? The industry, yes, is a much harder place to be in. But as they say, "When The Going Gets Tough, The Tough Get Going".

When you started your career in acting, did you find any mentor or Godfather to guide you through? If not, do you think better guidance and mentorship would have helped you?

Despite not having any Godfather or mentor, I think I have done pretty decently. Like me, there are a lot of people who have come in and made it big with their own talent and hard work. Having a Godfather can take you to a certain height, when you have to stay on the top, you are all by yourself. Your audience has to love you... You make YOU.

You have done notable films like Bachna Ae Haseeno. But did good offers dry up after a point?

Yes, they did. That's why I did very limited work after that. 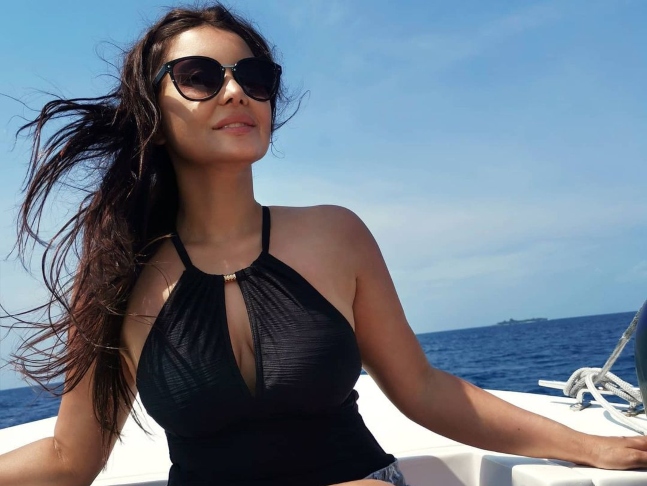 Was it difficult to shed the girl-next-door image?

Not at all. I got the right opportunity to shed my girl-next-door image in Kidnap and it flowed very naturally after that.

Recently, you’ve done some projects on television. Why did you shift your focus from films to TV?

People are consuming entertainment from home now in form of web films/ shows and TV serials. The medium doesn't matter anymore. It is important that you should be a part of good stories.

You’ve seen the film industry change over 16 years. According to you, is the change good or bad?

The change is all good. There is so much work now. Different kinds of stories are being made, smaller budget films with great stories have got a platform to reach out to a wider audience. Earlier, this wasn't possible as producers refused to back them. Even if they get financiers, the audience has to come and watch in theatres. Now, those stories can be experienced from home.

In Bollywood, filmmakers are now writing some interesting projects for women. Were you offered any of them?

I'm sure that I will be. Apna time bhi aayega.

Actors, who do Bigg Boss, see positive growth in their careers. Did you also see a growth in your career for good after doing the show?

I was barely there on Bigg Boss for 6 weeks. I don't think that's enough of a time to make an impact.

Shamita Shetty had participated in Bigg Boss 3 and now, she got another chance to compete for the trophy. Are you interested in doing the same again?

I don't close the door on an opportunity.

You recently went through a separation. How difficult was it for you to move on?

Sometimes two people can be great individually. They can be great people will good values and good hearts but not be able to make it work together.

Rumours stated that you were in a toxic relationship with your husband. Is it true?

I think any relationship where things are not working can be described as toxic. Be it family relations., business partnerships, friendships, etc. When it doesn't work, the cause, conflicts, and strife make it toxic. We end up giving a man-woman relationship more importance in these discussions and ignore the other equally bad-for-you human relationships.

Society views women in a different way post-separation. It is often the woman who has to deal with false rumours, trolls and criticism. What’s your take on this?

I think we should normalise separations. That will only happen when people around you are normal about it. If you treat separations to be a big deal, people want to dig more into it. Keep your privacy and reasons for things going south under wraps.

Now, you are in a happy and stable relationship. Are you planning to tie the knot anytime soon?

That's a very private matter. Currently, I am happy. Life is beautiful. This question right now goes beyond the reach of discussion in the public sphere.