Sajid Nadiadwala's Tadap might not have performed well at the box office but its leading lady Tara Sutaria's performance has grabbed eyeballs from all across. The actress who made her big Bollywood debut with Karan Johar's Student Of The Year 2 is slowly and steadily making a mark with her powerful acts and the RX 100 remake has further made the film industry take notice of her talent. Basking in the appreciation for her December release, Tara has now signed a thriller film that solely revolves around her character.

Peepingmoon.com has exclusively learned that Tara Sutaria is next doing a female-led thriller drama for Kabir Singh producer Murad Khetani's banner Cine1 Studios. The yet-untitled project is a survival story of a young girl and will be directed by Brij Mohan Amar Rahe fame Nikhil Bhat. The film marks the first solo lead film for the actress who has previously played only the love interests of the heroes in commercial Hindi films such as SOTY 2, Marjaavaan, and Tadap. This new surviving drama which is more along the lines of Anushka Sharma's NH10 will allow Tara to carry a film on her shoulder thereby proving her mettle as an actress. 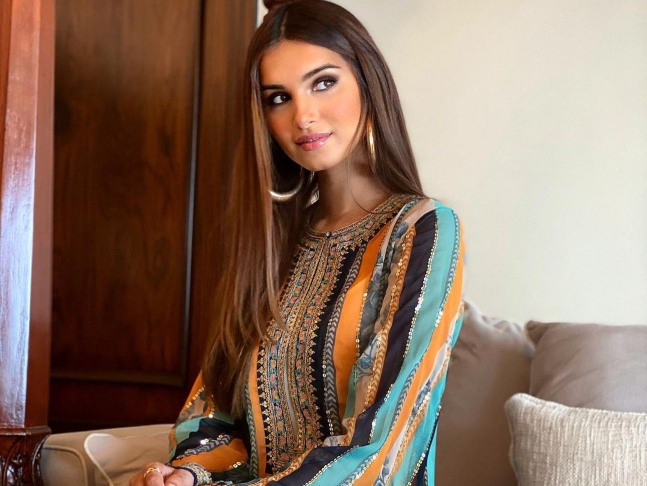 Tara Sutaria is excited about this new challenge and will begin shooting for the film in February or March 2022. The director Nikhil Bhat has begun the pre-production and is currently finalizing the rest of the cast besides simultaneously also working out the shooting timelines which seem uncertain at this point due to the rising case of Omicron across the country. The makers are eyeing a 2022-end release for this film, and will soon officially announce it.

Meanwhile, Tara Sutaria will next be seen romancing Tiger Shroff in Nadiadwala's Heropanti 2 which releases in theatres on 29th April this year. She will then feature alongside Arjun Kapoor and John Abraham in Mohit Suri's romantic thriller Ek Villain Returns that opens in theatres on 8th July. Nikhil Bhat also has two projects lined up for this year before his next survival drama with Tara Sutaria hits screens. While his love story Hurdang with Sunny Kaushal, Nushrratt Bharuccha, and Vijay Varma is eyeing an OTT release, his period adventure show Donali that he co-directs with E. Niwas will premiere soon on a top streaming platform. The Applause Entertainment series stars Barun Sobti, Divyenndu Sharma, Chunky Panday, and Namit Das in the lead roles.

PeepingMoon Stars Unplugged: When I took break to focus on family, peo

PeepingMoon Exclusive: Took 12 years to make Meghdoot - The Cloud Messenger, kept my focus straight to not get lost in the industry - Filmmaker Rahat Mahajan

PeepingMoon Exclusive: Would love to meet Tejasswi Prakash, spend time with her before taking any decision- Karan Kundrra's parents on TejRan