Janhvi Kapoor fans were left worried after the actress shared a picture posing with a thermometer in her mouth. There were speculations that the 24 years old starlet contracted COVID-19 amid the third wave. For all fans of Janhvi, there is nothing to worry about as she has tested negative. But, her sister Khushi Kapoor has tested positive.

According to PeepingMoon sources, Khushi attended a party to welcome the New Year. Days later, she developed symptoms like mild fever and complained of an itchy throat. On January 4, Khushi got herself tested and it turned out to be positive. Janhvi, their father Boney Kapoor and other staff members at their residence are safe. 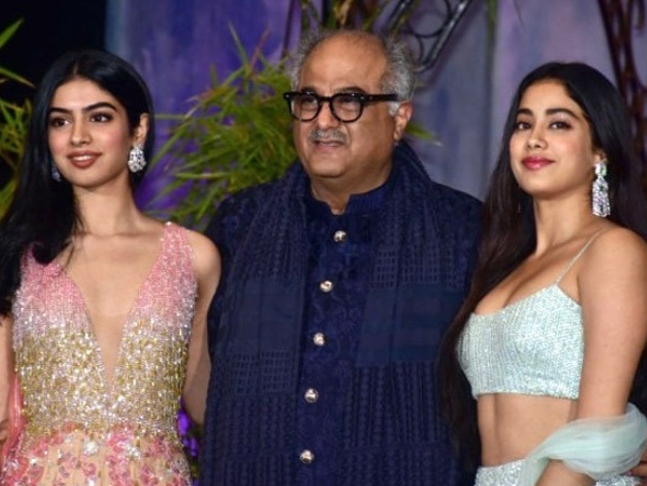 Recommended Read: Hate creating this fake perception that we are one happy family living under the roof: Arjun Kapoor on his bond with sisters Anshula, Janhvi & Khushi

Sources say that the BMC has home quarantined Khushi. The Kapoors have an apartment in a residential complex called Green Acres located in Lokhandwala. As per sources, Janhvi is looking after Khushi while she recovers from the virus.

According to sources, Khushi is vaccinated. Sources say, in the past, the Kapoor sisters had contracted COVID-19. Recently, Janhvi and Khushi's half-siblings Arjun Kapoor and Anshula Kapoor tested positive along with their cousin Rhea Kapoor and her husband Karan Boolani.