Advertisement
HomeBOLLYWOODEXCLUSIVEPeepingMoon Exclusive: ‘36 Farmhouse is a mass entertainer, it has everything and typical of Subhash Ghai’s style of filmmaking,’ says Barkha Singh

Barkha Singh is looking forward to the release of her upcoming film 36 Farmhouse on Zee5. The film has been the talk-of-the-town ever since it was announced, especially since the story is penned by Subhash Ghai. It has also grabbed attention because of its amazing star cast, which includes some talented artists like Sanjay Mishra, Vijay Raaz, Amol Parashar, Flora Saini, Ashwini Kalsekar, Liza Singh, K.K. Gautam, and Pradeep Bajpai.

Now, talking to PeepingMoon.com in an exclusive interview, Barkha speaks about working with Ghai, the stellar star cast and why the film is a complete package for everyone.

After two back-to-back hit web series Silence can you Hear It and Murder Meri Jaan, you’re now back with the film 36 Farmhouse on OTT. Is there any special thought on ruling the digital space?

I feel I have a long way to go before I can say that I am ruling the digital space but having said that, the universe has been kind and I’ve had the opportunity to be a part of some really good projects and in fact I am very excited about the releases that are going to come out in 2022 as well. Sadly, I can’t talk too much about them as they haven’t been announced yet but ‘ruling’ is not the right word because I have a long way to go but I’m still very excited for 2021 as a year and starting with 36 Farmhouse and first film with Subhash Ghai that wouldn’t have been a better year.

36 Farmhouse looks very promising with the right dose of comedy and intrigue, your thoughts on the film? How was it trying your hand at comedy?

36 Farmhouse is a mass entertainer and it has everything. It is very typical of Subhash Ghai’s style of filmmaking where at its crux it’s very simple but then it is very well presented and there is so many things happening, layers added but the idea is very simple; so same for 36 Farmhouse the idea behind the film is ‘some steal for money, some steal for greed’ and around that he has beautifully concocted this story and managed to get some brilliant actors on board, a brilliant director, brilliant camera team, brilliant composer and Subhash Ghai has himself composed music for this, so I think this film has something for everyone. Everybody from every age and every geographical region will enjoy and relate to this film because even the actors, there are actors of all age groups and all kinds of actors; there is comedy, there is seriousness, there is drama so there is literally everything that you can ask for, how in childhood we used to go watch a film and come back all fulfilled, this is one of those films. 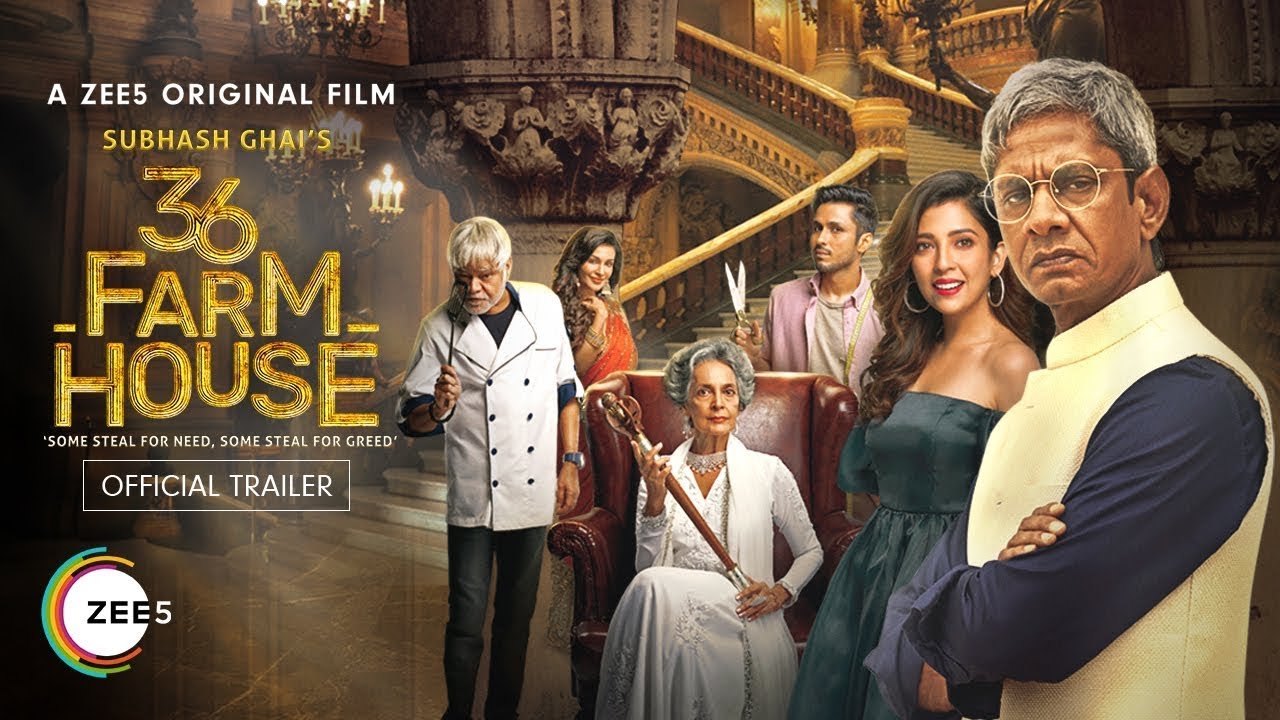 How was it sharing screen space with Sanjay Mishra, Amol Parashar, Vijay Raaz and Ashwini Kalsekar?

It’s been a great learning experience, I must say that starting with Subhash Ghai sir and Vijay Sir, Sanjay Sir, Ashwini Ma’am, they all have years of experience behind them and you know, just having a chance to share screen space with them and to just see the way they were you know, they were very warm, very encouraging and always ensured that if they felt something they would say it in the nicest way possible and we all had a very good bonding even off set where someone would cook for someone, or Sanjay Mishra sir will invite us to his farmhouse for a little party if the call time is a bit late the next day, so I think it was a great experience. But one thing I definitely want to say is that I’ve always believed that theory can’t teach you so much the way practical can teach you and one thing I learnt from this film is that it’s not necessary that you learn everything on set or in-between scenes, sometimes you learn a lot more when you’re off the set and in-between scenes, so overall it has been a great learning experience.

How was it working with Subhash Ghai, did you learn any important lessons from him?

He was the most encouraging person on set and as I said before just having simple conversations with him, there were a lot of times when you know, my team and we used to have lunch together and we would never talk about the film but would talk about his learnings and wonderful conversations we’ve had and not only with Ghai ji but with everyone. The first meeting I had with SG sir, I was like ‘OMG I’ve seen this human growing up since the longest time I can remember and now I am sitting in front of him and hearing a narration all by himself. He has taken out these three hours to narrate something only to me so it was like ‘wow’. It was a very enriching experience and I must say he is a very warm person and very respectful and unka har cheez karna ka ek tarika hai, ek style hai. Unhone kaha ‘Barkha tum apne sab friends and family ko bulao and hum screening rakhenge film ki Whistling Woods mein, hum sirf Barkha ke liye screening rakhenge’ and he did it. I couldn’t imagine, he held a screening only for me, my family and my friends. He has this grandeur and this style and I consider myself lucky that I get to experience this. 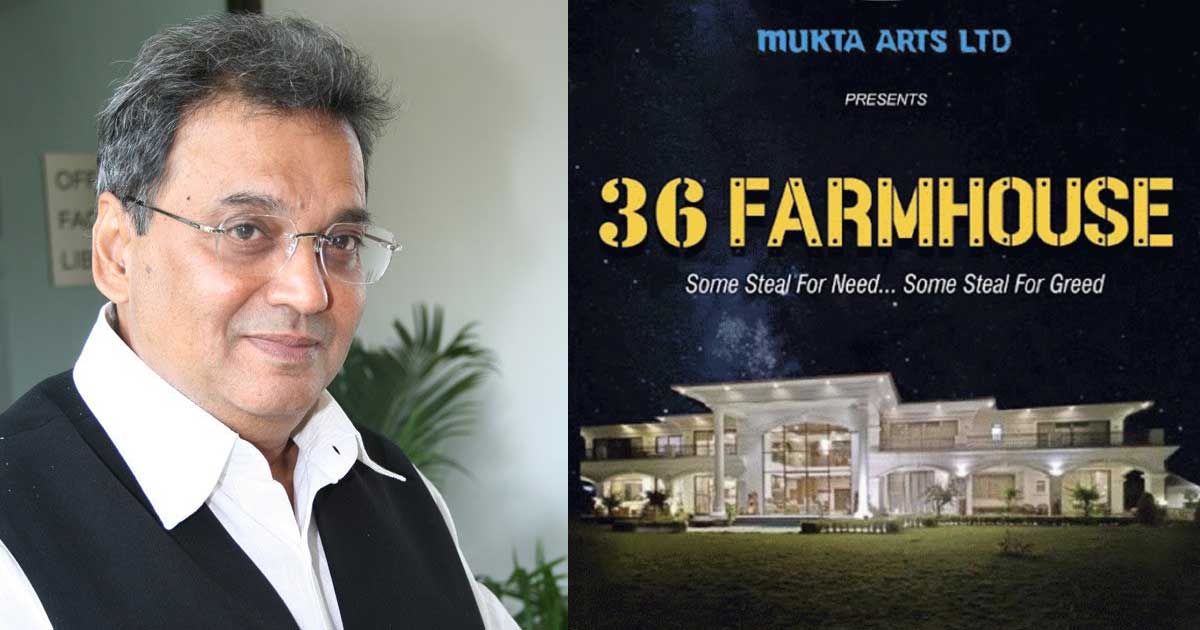 Tell us what to expect from 36 Farmhouse?

You can watch 36 Farmhouse on Zee5 and I feel everyone should watch it with their full family because I think yeh film aisi hai ki ‘more the merrier’, jitne zyada logon ke saath yeh film dekhoge utna hi mazaa aayega as it has everything, the whole whodunit aspect, the fun songs, comedy and it’s a great family entertainer and there are not many shows that you can watch with your entire family.

After 36 Farmhouse, what else is in store for you?

There is not much I can disclose because the shows and films that I have shot through 2021 haven’t been announced yet so I can’t be the one announcing them. But there is a show on Voot Select The Great Wedding of Munnes that have been announced which will come out in the later part of the year. 36 Farmhouse has been announced and besides these there is a whole bunch of releases on some great platforms that I am very excited about.