Vidya Balan’s Shakuntala Devi: The Human Computer was one of the first Hindi films to opt for an OTT premiere when the whole world was grappling with the COVID-19 pandemic in 2020. The actress skipped theatrical release again last year during the second wave of the deadly coronavirus and released her critically-acclaimed human-wildlife story, Sherni, on Amazon Prime Video. With theatres in most of the states shut down again courtesy of the highly transmissible new COVID variant across the country, Vidya has no option but to take the digital route for her next release as well.

Peepingmoon.com has exclusively learned that Vidya Balan’s Jalsa is skipping the mainstream theatrical release and will premiere directly on Amazon Prime Video. The Vikram Malhotra production is the third consecutive Vidya Balan film to opt for direct-to-web release on the global streaming giant. "Vidya Balan is not sceptical about the OTT release anymore. The success of her previous two movies, Shakuntala Devi and Sherni, which also premiered straight on Amazon Prime Video, has proven that a solid content film works and wins hearts irrespective of whether it is released in theatres or on a web platform. Moreover, Jalsa’s promising and high-quality theme is not something theatre audiences usually vie for, and hence the makers decided to give it a worldwide release on OTT," a source close to the project told us, adding that Amazon Prime is expected to premiere the film in March 2022. 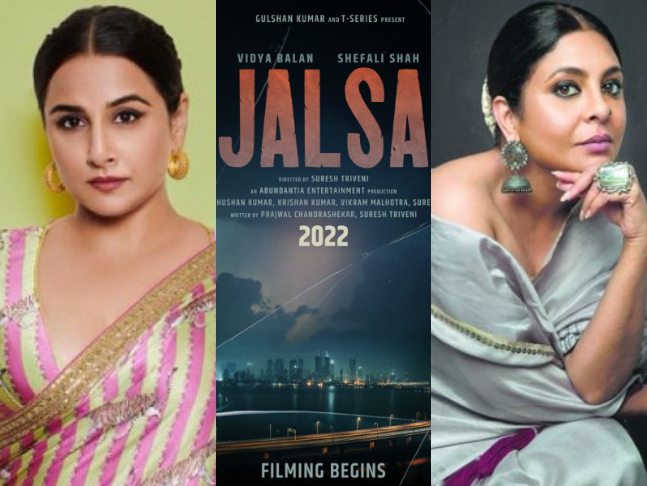 Jalsa is a drama thriller about class differences in society and sees Vidya Balan sharing screen space with the power-packed performer Shefali Shah. It’s an edgy but human story that promises to engage, thrill, and entertain audiences with a unique tale of powerful characters and precarious circumstances. Vidya plays the role of a TV news anchor, while Shefali portrays the character of her maid, and what happens after the latter's son dies in an accident forms the crux of the story. Directed by Tumhari Sulu fame Suresh Triveni, and written by Suresh and Prajwal Chandrasekhar with dialogues by Abbas-Hussain Dalal, the film features an ensemble of brilliant actors, including Rohini Hattangadi, Iqbal Khan, Gurpal Singh, Vidhatri Bandi, and Surya Kasibhatia. Vidya’s Tumhari Sulu co-star Manav Kaul also plays a cameo in this Abundantia Entertainment production.