Sidhant Gupta and Vedika Pinto have finally stepped into the world of cinema with Neeraj Pandey-backed Operation Romeo. The actors are playing the lead in the thriller which released in theatres today. The film based on moral policing revolves around their characters.

In an exclusive interview with PeepingMoon, Vedika and Sidhant spoke about Operation Romeo, sharing the screen space with senior actors like Sharad Kelkar and Kishor Kadam and feeling intimidated initially. 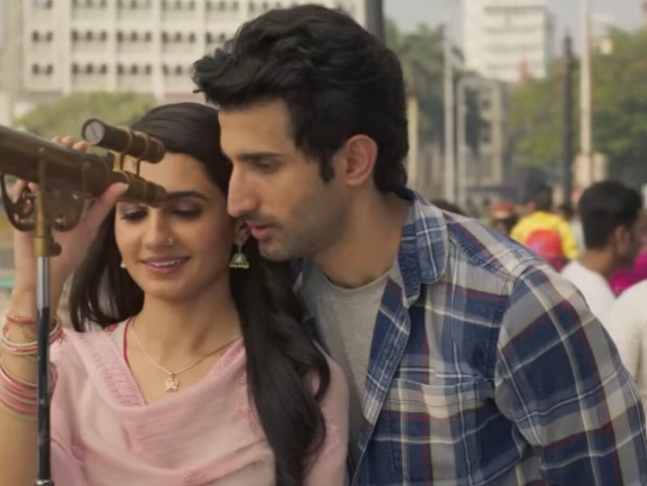 Tell me something about yourself.

Vedika: I am from Mumbai and I have grown up wanting to be an actor. However, it took me a long time to accept that. Acting requires a lot of self-confidence and courage and I believed I lacked in that department. In the meantime, I went to the UK to study politics and literature.

Sidhant: Acting is my life. Operation Romeo is not just a film for me or Aditya isn't just a character. It is much deeper, I cannot even call it my passion. This craft has given me a direction in life as I was lost trying to find my way to make it big. There are thousands of people who come to Mumbai to make a career. I empathise with them because I have been there.

Did you feel intimidated while working with experienced actors like Sharad Kelkar, Kishor Kadam and Bhumika Chawla?

Vedika: This is my first film so the whole process left me intimidated. I didn’t know how the cameras worked and there is something called continuity. As a young and budding actor, one can certainly feel insecure working with experienced actors but once you approach it with honesty and give it your best, there is no room to feel those things. Sharad sir and Kishor sir are wonderful people to work with. They encouraged us and guided us and this made the experience fun and fulfilling.

Sidhant: Since it was my first, whatever you do makes you feel intimidated. This is what happens when you are delving into something. You need to know what is happening around you and overcome it. The period of preparation was important for me because I got over my intimidation. I have come to the city to work in films. While it had a lot of meaning, there was a lot of pressure. We just had 20-25 days to prep and that’s when I realised that it is an intense film and I had to find the character within me. Love is an emotion that everyone doesn’t value. For the dark part, I had to carry the emotions experienced by the character even after pack up. When you do a film, it has to be give and take. You give the film something and it gives something in return. I did overcome many fears while doing Operation Romeo.

Overcome fears? Can you elaborate?

Sidhant: I am from Jammu and there is conditioning for everyone. It is all about the life that you have lived, my father is very strict and those things don’t leave you since you have been brought up like that. To understand and move from that personality, I see this as a profession which has the ability to change you. Fears, in this sense, mean emotions and my vulnerabilities.

Vedika, did you also overcome any fears?

Vedika: The fear of being harassed will never leave anybody; harassed in the film. Sharad’s character is harassing us and one cannot overcome that feeling. Personally, I did overcome many fears. Someone who wants to get into the industry has his/her own set of insecurities. The more you put yourself out there, hone whatever you have inside you, if not get rid of those insecurities, you tend to address them and make peace with them. That allows you to move forward. I learned a lot about myself while playing this character. I used to feel I am a very confident, extrovert type person but after playing Neha, there was a vulnerable and shy side to me that I discovered. I got to be in touch with my feminine side and that’s a beautiful feeling. I feel fears in some way also encourage you. They motivate you but if they govern your existence, it is bad.

Operation Romeo is the remake of Ishq. Have you watched it?

Sidhant: I have not seen the film because I believe it is someone else’s world.

Vedika: I did watch it but that was 8 months before we started Operation Romeo.

How did you prepare for your role?

Sidhant: Once you find the person within, you get everything right.

Vedika: For me, the preparation meant creating Neha's world. For that, I had to leave Vedika at home.

What do you have to say about Operation Romeo's clash with Jersey?

Sidhant: We had an empty weekend and the news of Jersey’s delay was sudden. Even before the date change, I wasn’t worried about it because I know how pure our film is.

Vedika: I wasn’t surprised. From a trade perspective, it was the smarter option. At the end of the day, people will watch what they want to. We have to believe in our content. 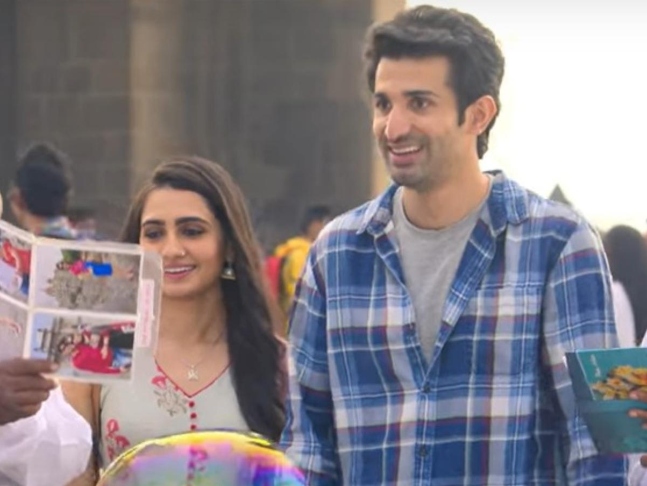 It is not easy to fall in love in the country...

Vedika: I don’t believe loving somebody is a crime.  I am a firm believer and lover of love. It is one of the most beautiful feelings. I would love to live a life where it is embraced than admonished.

Sidhant: Everyone is running somewhere and most of them don’t know where they are heading. They are chasing something. The one thing you hold onto is love. If you don’t value love, what are you chasing?