Advertisement
HomeBOLLYWOODEXCLUSIVEPeepingMoon Exclusive: I will forever be there for Sandeep Unnikrishnan's parents as their second son- Major actor Adivi Sesh

The story of Major Sandeep Unnikrishnan, who was martyred in action during the November 2008 Mumbai attacks, was told on the silver screen in Mahesh Babu-produced Major. Headlined by Adivi Sesh, the film was directed by Sashi Kiran Tikka. Major released in theatres globally on June 3 and opened to positive and rave reviews. The film was shot in Telugu as well as Hindi.

Major is completing almost a month-long run at the box office. As it continues to create waves across the country, Adivi Sesh, the actor who essayed the titular role, spoke to PeepingMoon.com about the film's success. Talking to us, the actor opened up about being the writer of the film, taking creative liberty to make it palatable for the audience, and not meeting Major Unnikrishnan's partner for privacy purposes. 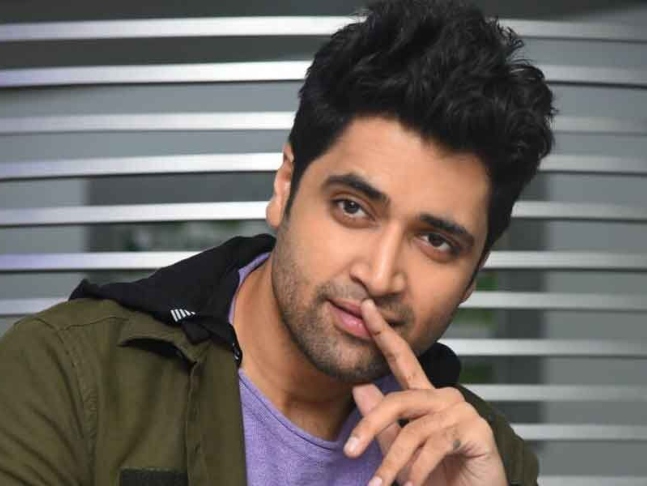 Major has completed almost a month at the box office. How’s the feeling?

To have a film finish a month at the box office, to have people discover the film even now, the results of this movie are exactly what we had hoped for when we envisioned this film. It's very rare that an actor is fortunate enough to have their dream result come true on a film. Major is all that and more.

What was your biggest takeaway from Major?

My biggest takeaway from Major is that life can keep surprising you. Each day we receive a compliment from someone that is bigger and more meaningful than the previous day. Not in our wildest dreams did the team expect this level of love.

You’ve written Major. Did you take any creative liberty to make it palatable for cinemagoers?

While there is no doubt we fictionalised things for several reasons, our goal was to find the spirit of truth in each scene that we saw. Almost all scenes in the film have their DNA ingrained in the truth. It's the details and the lens through which we saw that truth, that makes the film beautiful.

At the success meet of Major in Mumbai. You revealed Major Unnikrishnan’s mother wore the same saree at the screening that she had worn 23 years ago for his graduation ceremony. What was your first reaction to this?

The moment Amma (I call aunty that) told me about the sari, I got tears in my eyes. I knew what the gesture meant. I will forever be there for Uncle and Amma, as their second son.

After Major Unnikrishnan’s parents watched the film, what was their very first reaction or comment?

Amma hugged me the moment she saw me. Uncle reviewed the film and hugged me. Following this, I remember sitting in the theatre's manager's lounge holding uncle's hand as he looked into my eyes with pride.

Recreating a real-life character on the big screen can be a challenge. What were the measures taken to make it as authentic as possible?

I'm naturally left-handed. From changing my entire bodily movement to fit that of a super-soldier who is right-handed, to changing my weight and fitness levels to match that of Sandeep sir in different eras, the physical toll was extraordinary. The attempt at emotionally understanding him by just trying to "be" and just trying to "react" rather than trying to "fit" into his character, was important. This is probably my most internalized performance. Did you meet Major Unnikrishnan’s partner before or after Major’s release?

We did not meet Sandeep's partner before release out of respect for Aunty's wishes. We also had to respect her privacy as she has another family now.

Major's release got hampered due to the pandemic. Was it ever considered for an OTT release keeping the situation in mind?

Major, without question, is a big-screen experience. Other than the entire worldwide theatre ecosystem shutting down, there was never any plan for Major to be on an OTT platform before a theatrical event.

After the success of Major, are you planning to sign a proper Hindi film?

I just did a "proper" Hindi film called Major. Every scene, every dialogue, and every moment was shot authentically in Hindi and designed for a native audience. A true blue Hindi film from Hyderabad. I shall continue to make films for ALL Indian audiences.