One of the most loved Hindi comedy films of all time, No Entry, is finally getting a sequel. The comic caper that tickled the funny bones with its hysterical situations and witty dialogues seventeen years ago is returning for yet another joyride with Salman Khan, Anil Kapoor, and Fardeen Khan reprising their parts as Prem Khanna, Kishan Singhania, and Shekhar Gupta, respectively. Anees Bazmee, fresh off the blockbuster success of Bhool Bhulaiyaa 2, will call the shots again, and he has already started prepping for it. Now, Peepingmoon.com has learned that the much-awaited sequel, titled No Entry Mein Entry, will get off the ground in January 2023, with an eye on a release later in the same year.

"Salman, Anil, and Fardeen are all excited to get back into the zone of No Entry and have cleared out their schedules from January 2023 onwards. They will be seen playing double roles in this new installment and will be paired opposite ten heroines. Anees is currently giving the finishing touches to the script, and soon after it is locked, he will get into casting for the heroines. He had written the script a long time back, and it requires certain modifications to make it fresh for today’s new, young Hindi audiences, and Anees has already started working on that. It's a big ensemble comedy, planned to be mounted on a large scale across different countries," a source close to the development told us. 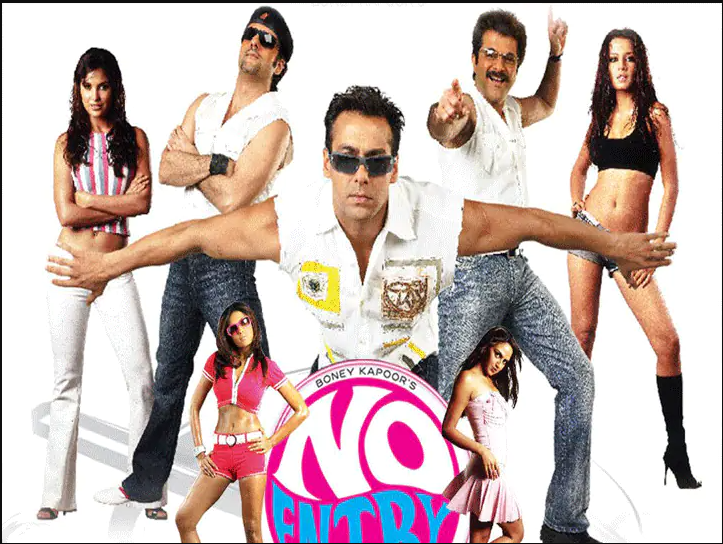 No Entry Mein Entry is said to be a new story with similar themes but set in a completely different circumstance. It’s a spiritual sequel to the 2005 film and promises to click with the masses in a big way, just like the first part. Bazmee knows the anticipation around this film is sky-high and is making sure everything is pitch-perfect before it rolls next year. "He will start the film's pre-production once all the paperwork is completed. There are some legal issues as well, which need to be sorted out before announcing the film. It’s all work in progress right now, "the source further said.

Salman will apparently get into No Entry sequel right after the release of his next family comedy, Bhaijaan, which hits cinemas on the New Year weekend. The superstar is currently on a break and will resume filming for this Farhad Samji directorial at the end of August and shoot for it till October 2022. Salman is then expected to take another short break before getting into promotions for Bhaijaan. The superstar is believed to follow the No Entry sequel with the fourth installment of his popular Dabangg franchise. Tigmanshu Dhulia has been brought on board to write and direct this part, and if everything goes as planned, Dabangg 4 will go on floors in mid-next year.

PeepingMoon Exclusive: Vijay Deverakonda clears the air around his 'Ch