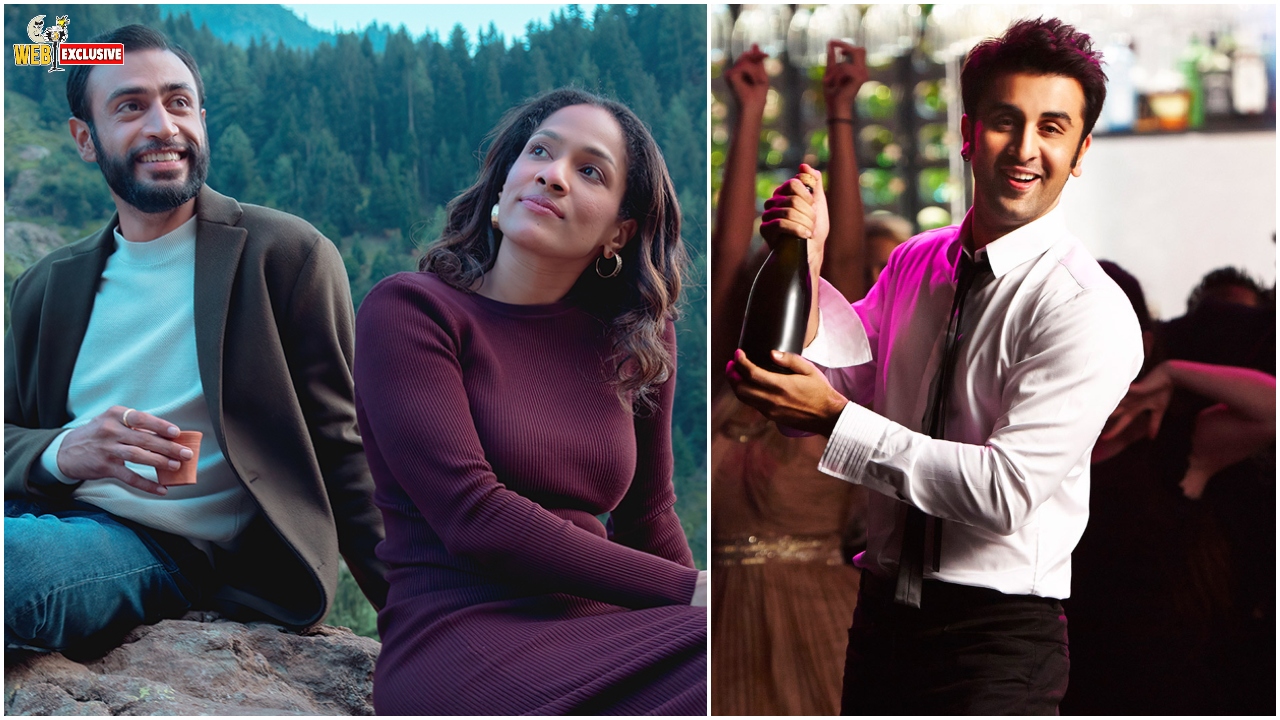 PeepingMoon.com got a chance to speak to Armaan about the show and playing the role of Fateh. Talking to us, the model-singer-actor shared his experience of working with Masaba and Neena, his hunger for good work, and the Bollywood keeda that bit him in his childhood.

What was your first reaction when you were called for Masaba Masaba 2?

I was on top of the world. It was a rigorous audition process and it went on for 3-4 rounds. When I got the verdict, I was very very happy.  After multiple auditions, I bagged a show like Masaba Masaba 2, it was the happiest moment of my life.

After working closely with Masaba Gupta, what were the memories you took back home?

There are so many memories. Masaba is an amazing co-star as well as an amazing human being. She tends to find humour in almost everything.

Any anecdote from Masaba Masaba 2’s sets that you could share with us?

We were working with a few Kashmiri locals. There was a 10 or 11-year-old boy and he was the cutie on the set. Everyone was trying to get his attention. We were always pulling his cheeks. He was having fun but he was comfortable with Masaba and I because we were not always pulling his cheeks (laughs). Every time he needed a place for refuge, he would look for Masaba. We were his comfort zone.

One day, Masaba and I were finished shooting and were driving to our base, an army car was following us and then finally it stopped in front of our car. They asked our driver if they could have a picture with Masaba. Masaba being the down-to-earth lovely person that she is, even though she was tired, got out of the car, gave them 5 minutes, clicked selfies, gave autographs and made their day.

How did you prepare for Masaba Masaba 2?

I read the script. I had multiple meetings with our director Sonam Nair. She knew exactly what she wanted. The first few days of the shoot were daunting for me because I wanted to perform very well. I didn’t want to be the reason behind season 2 not being a success. Sonam understood that and she made me feel comfortable. She gave me an example of Ranbir Kapoor from Yeh Jawaani Hai Deewani and Bachna Ae Haseeno. She wanted me to be cool, relaxed and fun like how Ranbir was in those films.

Would you love to do more OTT shows?

I would love to make a career out of the OTT platform. I am someone who loves to do anything and don’t mind if it is small or big. I’m someone who likes to be on sets. That’s my happy place.

When did you decide to become an actor?

I think I wanted to be an actor ever since I was born. I have always imitated onscreen heroes. I would take out my shirt every time Salman Khan would sing O O Jaane Jaana. Every time the song would play, I would get a guitar, take out my shirt and imitate him. Agar Shah Rukh Khan koi dialogue bolta toh main unki tarah bolta tha. I was the entertainer at home. I always wanted to be an actor but I was afraid as I kept getting older as everybody had a different opinion of what I should do with my life. They would say it is hard to become an actor, you never know what will happen in future, you should be educated, you should try law, be a doctor or a pilot but I found myself just leaving studies. I dropped out of school, and twice out of university in the same year. After dropping out of university for the second time, I just came straight to Mumbai. Even though I was only making music at that time, I took the opportunity of acting and auditions were happening close to where I was. Acting has been a huge part of me and my life and I am finally pursuing it as a career full-time.

From imitating on-screen heroes to facing the cameras, has the journey been easy?

I feel nothing is easy. Actors or artists who experience success at an early stage also face problems. The universe is constantly teaching you something as an individual. So, I was constantly moving. I went from Hollywood to Bollywood back and forth a lot and that consumed a lot of time. Now, I am familiar with both. I auditioned for everything. People told me that to be in this industry, one should have contacts or be a star kid. But I couldn’t get over the love for acting and faced all the challenges. Now, I am getting work on a regular basis and I am grateful.

Do you wish to do a proper Hindi masala drama?

I want to do everything. Chahiye voh masala ho, masaledar na ho, koi baat nahi. I just want to be a part of it. I want to be on sets. I want the cameras to be rolling.

Is Masaba Masaba 3 on the cards and are you a part of it?

I don’t think so but I’ll leave that up to Sonam. I’m not sure whether she wants to bring me back or not. But it would be nice to be back as it is a special project for me.