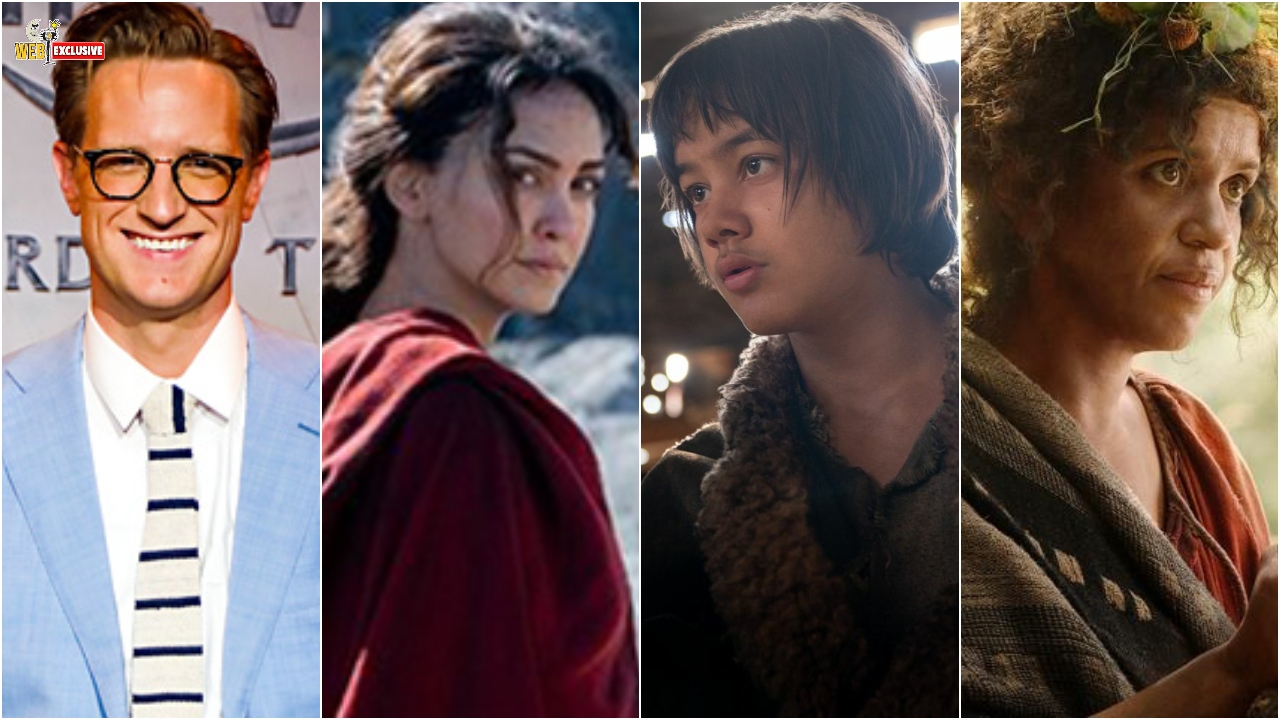 The Rings Of Power, the new Amazon Prime series from The Lord Of The Rings universe, is taking the viewers on the journey of the lesser-known Middle-earth Second Age. Directed by Wayne Che Yip, JA Bayona and Charlotte Brändström, the showrunners of the series are JD Payne and Patrick McKay.

Before the premiere of The Rings Of Power, J.D Payne along with actors Megan Richards, Markella Kavenagh, Sara Zwangobani, Nazanin Boniadi and Tyroe Muhafidin spoke to the media in Mumbai. Answering PeepingMoon.com's questions, here's what they had to say about the series.

For J.D Payne: Why did you choose to explore Middle Earth in The Rings Of Power?

I love Middle Earth. We’ve worked on various other properties before. When it is a film, you spend relatively lesser time on time. We knew The Rings Of Power is something we are going to marry. We were to spend most of our lives on this. We were very careful about it. When the opportunity to work on Middle Earth came, you jumped onto it.

For us, Middle Earth is special. People go there for different reasons. Middle Earth has the power to inspire you. The people there can bring hope. That’s something our world needs today.

For Markella Kavenagh & Sara Zwangobani: Is it easy to play an author-back role or create something new with your experience?

Markella Kavenagh: Even though we played our characters with our creative call, they were originally created by the writers and showrunners. That’s pivotal. We were having support from the team.

Sara Zwangobani: It is interesting to play characters never played before. Being someone from theatres, I have quite often done roles played by others because plays have taken place for quite some time. There’s something quite thrilling in the uncharted territory of a character that has not existed.

For Nazanin Boniadi & Tyroe Muhafidin: What's that one thing you took back home from The Rings Of Power?

Tyroe Muhafidin: It has changed my life completely. I got to experience something like this pretty early in my career. I feel blessed and will always be grateful for it. I learnt a lot about myself and how I work and feel. After doing this show, I will understand what works for me and what doesn’t.

Nazanin Boniadi: It was very transformative for all of us. We shot during the global pandemic. We were fortunate and blessed to be one of the only shows that were filming because we were shooting in New Zealand where the pandemic hadn’t hit yet. We were shooting this large-scale epic at a time when most of our colleagues weren’t working. I came out of it with a great sense of gratitude and realised all of this can be taken away from us at any minute.