In the second phase of his career, Arvind Swami is not restricting himself to Tamil cinema. The 52-year-old actor, known for his Mani Ratnam classics Thalapathi, Roja, and Bombay, is doing films across languages, establishing himself as a Pan-India actor in the true sense. The Thani Oruvan villain made his Hindi film debut with Saat Rang Ke Sapne in 1998 and since then has featured in movies such as Raja Ko Rani Se Pyaar Ho Gaya (2000), Dear Dad (2016), and the J. Jayalalitha biopic, Thalaivii, which was released last year. Now, we hear Swami is returning to Hindi cinema again with a thriller film.

Peepingmoon.com has learned that Arvind Swami has signed Sunir Kheterpal’s next thriller, tentatively titled Empire. The film stars Taapsee Pannu in the lead, and Swami will play the role of her father. The project is said to be an edge-of-the-seat thriller revolving around a father-daughter relationship and promises to take audiences on a spine-tingling ride packed with suspense and drama. Kumud Mishra and Govind Namdev also play pivotal roles in this film, directed by Vijay Lalwani. The director has previously helmed Farhan Akhtar and Deepika Padukone’s psychological thriller, Karthik Calling Karthik, and returns to feature film direction after twelve years. His last directorial was a Zee5 series, The Final Call (2019), headlined by Arjun Rampal. 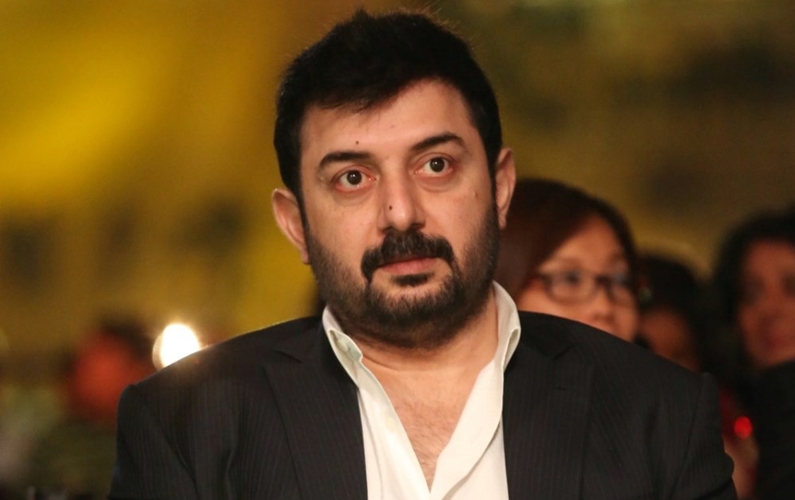 Arvind Swami was recently seen in the Tamil-Malayalam action thriller, Ottu, and has multiple projects lined up ahead. He will next be seen in Nirmal Kumar’s heist film, Sathuranga Vettai 2, which releases in cinemas on October 7th, and then in Zee Studio’s silent film, Gandhi Talks, a dark satirical comedy which also stars Vijay Sethupathi and Aditi Rao Hydari in lead roles. The actor is also doing Karthick Naren’s supernatural thriller, Naragasooran, Rajapandi’s Kallapart, and an action thriller titled Vanagamudi by Selva. Swami is reportedly also in talks to play the antagonist in Naga Chaitanya’s film with Venkat Prabhu.

Taapsee Pannu, meanwhile, has had four releases so far this year and has the same number of movies slated in the coming months. She will next be seen in Ajay Bahl’s horror-thriller, Blurr, where she plays a woman who's slowly losing her sight whilst trying to investigate the mysterious death of her twin sister. The film is a remake of the Spanish thriller, Juliya’s Eyes, and marks Taapsee’s debut as a producer under her banner, Outsiders Films. Taapsee will then be seen playing a cop teaming up with a groom to find his bride in Siddharth Roy Kapur’s investigative comedy, Woh Ladki Hai Kahan? Her biggest release is expected to be Rajkumar Hirani’s much-awaited Dunki with Shah Rukh Khan. The social-comedy drama, also starring Boman Irani and Vicky Kaushal, releases in cinemas on Christmas 2023!