Advertisement
HomeTELEVISION NEWSEXCLUSIVE NEWSPeepingMoon Exclusive: Let them say what they want to, I’ll prove what I am- Taarak Mehta Ka Ooltah Chashmah's Tapu aka Bhavya Gandhi on reports of being 'unprofessional'

PeepingMoon Exclusive: Let them say what they want to, I’ll prove what I am- Taarak Mehta Ka Ooltah Chashmah's Tapu aka Bhavya Gandhi on reports of being 'unprofessional'

As the temperature is soaring and people are locked at home due to COVID-19, PeepingMoon is bringing to you a fun series to relieve you of all stress. Clocking back in time, we got in touch with Bollywood's most successful child artists, who now, are either taking a break, exploring better opportunities, or have said goodbye to films to pursue a different career.

PeepingMoon.com got in touch with Bhavya. During the conversation, Bhavya opened up about the reason behind quitting Taarak Mehta Ka Ooltah Chashmah after working as Tapu for 9 years. He further hinted at doing a Hindi film soon and dismissed rumours of returning to the sitcom. Bhavya said he is looking forward to entertaining his audience with different kinds of roles that bring out his true potential. He reacted to reports that accused him of being unprofessional.

Being on Taarak Mehta Ka Ooltah Chashmah’s sets for almost a decade, what all did you learn?

I learnt everything. From understanding actor to people, how to behave and even live.

How did you bag the role of Tapu?

I went through a proper audition with around 100-200 kids. I was around 10-11 years old and did it during my school vacation.

Reason to quit the show?

I wanted to try something new. I am one of those people who want to be in a relationship but can’t stick to that (laughs) because they want to see, learn and explore more. I wanted to explore how much and what can I do. I'm blessed and feel great that people know me as Tapu. But I wanted to understand whether I can do different kinds of roles and know whether people will like me in that too. I’m happy to say that they like it. I’ve been working in Gujarati films, they are liking what they are seeing. I’m happy that I am able to do something to change my image. That’s more important for any actor. Even Shah Rukh Khan likes to explore. He doesn’t just work as a romantic hero, he has also done negative roles. Such actors are inspiring. If they can do it, we feel motivated to push our limits. 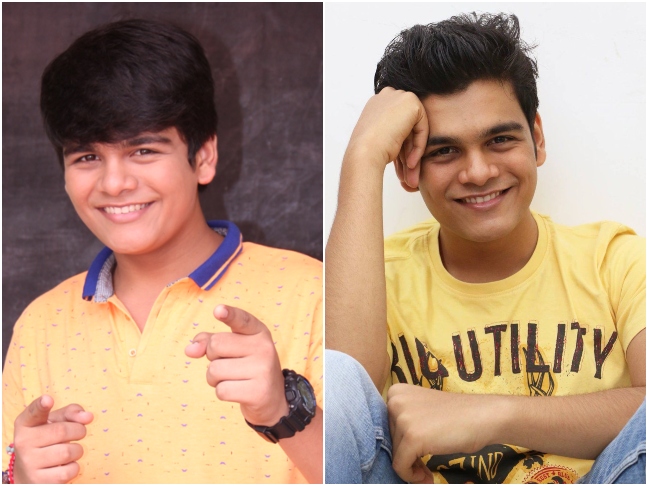 Was it difficult to shed Tapu’s image and get work?

It was difficult, there was no way out of it. But somebody rightly said, "Dilli dur kahan."

I’ll soon announce. You’ll get to know when I’ll do it.

Post your exit from Taarak Mehta Ka Ooltah Chashmah, Raj Anadkat stepped in as Tapu and people started comparing. Do you feel comparisons are unfair?

Comparing is a bad thing. Everybody is different and is good at what they do. You should appreciate them and be happy. 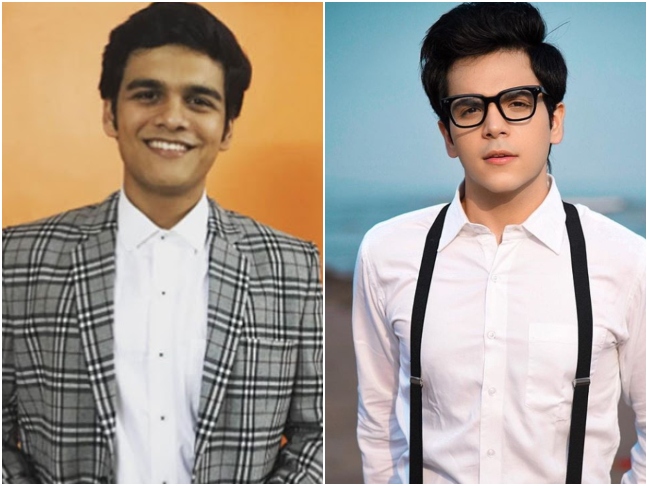 Soon after you chose to quit the show, certain reports accused you of being 'unprofessional'. Did such reports affect you?

I don’t care about all such reports. It is part and parcel of life. Certain things are there today, but they won’t be tomorrow. Being in the industry, you have to face a few things. Let them say what they have to say, I’ll prove what I am.

Are you still in touch with your onscreen mother Disha Vakani? 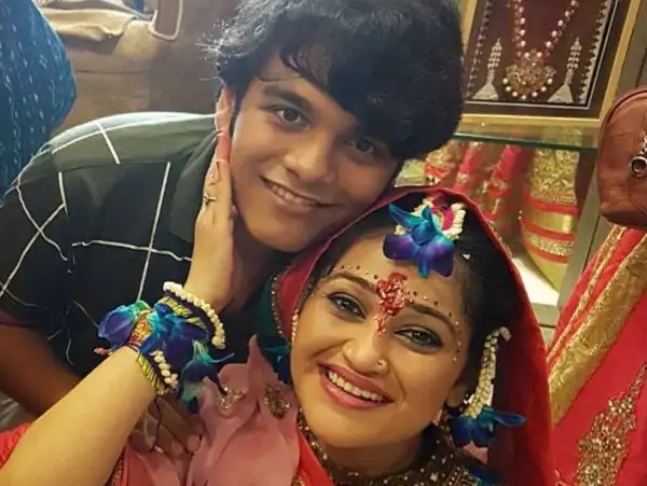 If given a chance, would you like to return to Taarak Mehta Ka Ooltah Chashmah?

People presume child actors don’t make it big in showbiz as adults. Do you think it is because of high expectations?

This is because child artists are being watched. They are told to do certain things, but nobody really knows what they want. There are many reasons behind them not getting success, but it’s okay. 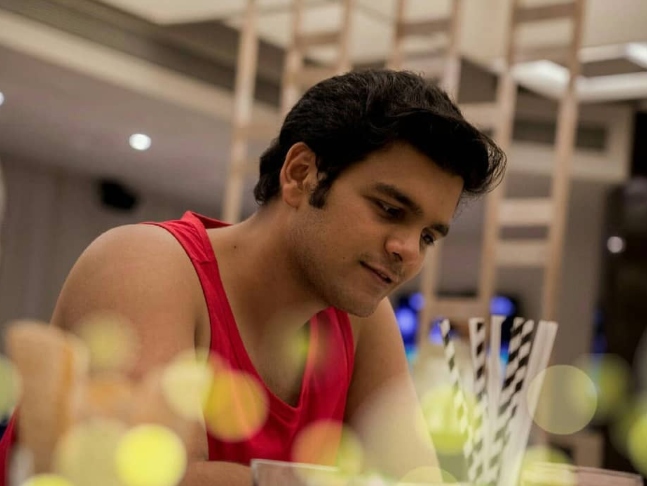 Hollywood actors like Daniel Radcliff shot to fame with the Harry Potter series as child artists. Though they went on to do films, they struggled to find success. Did you ever go through a similar phase?

I don’t think I have faced that. People are very kind to me and God has blessed me. It is always a pleasure to make people happy. I’m not saying that I want to shift to any 'villainish' roles, but I want to make them happy and laugh in different ways. But I don’t know about the future.

Any special memories with the cast of Taarak Mehta Ka Ooltah Chashmah?

There are so many great memories. If I point out one good memory, what about the other one? But all scenes with Tapu Sena and Dadaji (Champaklal Gada played by Amit Bhatt) were very special. 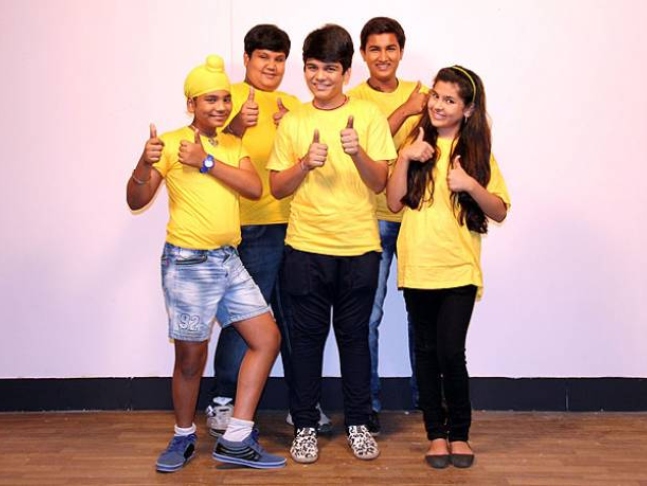 No, I don't get time to watch the show any longer.

Dilip Joshi in an interview said the show has become like a factory. Do you agree?

He meant something else and it was taken in a different way. Har kisi ko masala chahiye. 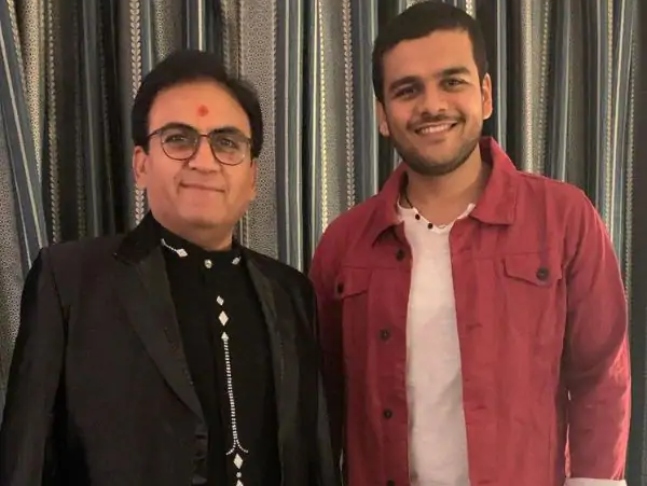 Yes, I’m really excited. I’m happy to say that a few of my friends are associated with the show.