After working as a journalist and as the anchor for Doordarshan's Chitrahaar, Donal Bisht stepped into the world of showbiz and made a name for herself as an actress. Her first major break was in Kalash - Ek Vishwaas and Donal went on to bag her first lead role in the supernatural thriller Ek Deewaana Tha. The actress, in 2019, took the 18th position on the list of Top 20 Most Desirable Women on TV. Donal didn't just restrict herself to television shows, but also explored opportunities on the web and films too.

Now, Donal, who has a million followers on Instagram, is all set to enter them by participating in Bigg Boss 15. The actress, in an exclusive interview with PeepingMoon.com, said that she was offered the show 4 times in the past but she couldn't say yes to it for multiple reasons. Now, she is set to face 'sankat in jungle' with other participants. Talking to PeepingMoon, Donal spoke about her strategy, whether her fans' expectations will add more pressure on her and why she isn't looking for the right partner in the closed house.

Bigg Boss was offered to me four times in the past but finally, this time I was in the right headspace and I had completed all my projects that were lined up. Everything fell in place and that's why I said yes to the show. Also, Bigg Boss is one of its kind, so why not!

Any strategy planned to navigate through the show?

I don’t think one can ever plan how to behave with someone. You don’t know how you will react to some other person's behaviour. Firstly, you’ll welcome everyone with open arms. The changes happen after that.

Controversies in an actor’s life can be harmful. Given the fact that Bigg Boss is known for controversies, how have you prepared to face them?

When I said yes to Bigg Boss 15, I was prepared for controversies. Honestly, I am not a controversial person. If that happens, I know I’ll be handling them well. 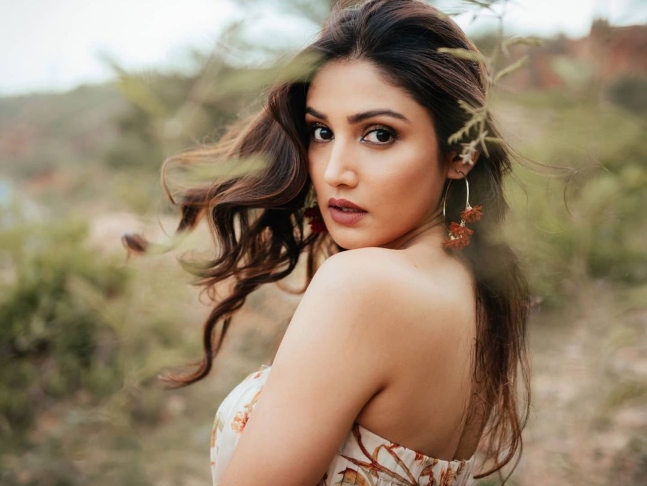 You are a public figure, an actress known to most of the Indian audience. Do you sense any additional pressure on your shoulder? Are you worried about fans' expectations from you?

On television, an image is created of every actor. Shows like Bigg Boss often change people’s perceptions of them. Can we call this an advantage or disadvantage?

There is no disadvantage in that. I have been doing characters that are similar to my real personality. I have done strong characters and I am a strong person in reality.

Bigg Boss is one show that can make or break an actor’s career. Do you agree?

I don't agree with this as Bigg Boss can't make or mar a person’s career. It is dependent on the person’s hard work and what the person wants to achieve in life and their approach can make or mar a career.

It is a notion that celebrities participate in Bigg Boss when they have no job or face financial crisis. Do you agree with this notion?

Not at all. Talking about myself, everybody knows every second day I get a call for one or the other TV show. Right now, I am choosing my projects carefully. I have a lot on my platter and I can’t take everything. I have to be choosy if I have to grow in life. I did web shows, TV serials and now, a film. I want to be portrayed as a good actor. I am waiting for the right script and project to show my talent. If my aim was to only make money, I would have taken on many projects. What’s your current relationship status? Any plans to find the right partner in the house?

I think partners can’t be found in a closed house. When you are out in the world and thousands of people are approaching you, then you choose one, that’s the right approach. I don’t think love happens in a closed house.

PeepingMoon Exclusive: Mika Singh has full intentions of getting marri

Suhana Khan parties with The Archies co-stars Khushi Kapoor, Agastya Nanda & others on her 22nd birthday