The Duke and Duchess of Sussex, Prince Harry and Meghan Markle are all set to make their Brexit. While Her Majesty, Queen Elizabeth and the members of the Royal Family might not be ecstatic about it, Meghan is known to break barriers and stereotypes, even if that makes her the talk of the town.

Gearing up for her final appearances in the UK, the Duchess made sure that she put some meaning behind her outfits. Drawing inspiration from her late mother-in-law, Princess Diana and her Majesty, Queen Elizabeth, Meghan sent these coded messages through her outfits and we're gaping at the sheer courage and spunk!

Here's what every outfit means:

Meghan's red Saafiya number was inspired by Princess Diana's opulent and iconic red-cape gown by Ralph Lauren. Like Diana, Meghan was also never heartily welcomed to the family while also being incessantly bullied by the media for being 'too different'. Only genuine that she would make such an inspired move to render them speechless while paying respect to her late mother-in-law's fashion legacy. 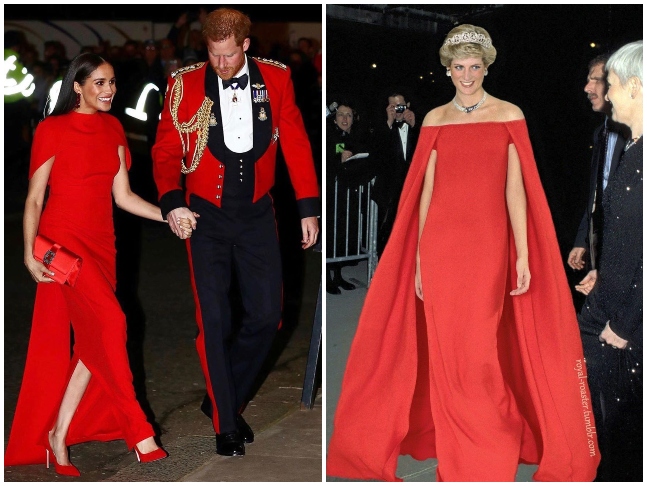 This was also the last time Prince Harry would be seen in his full military uniform. Rightly so, Meghan made sure she matched her hubby's magnificent and striking armor with one of her own. Revenge is best served hot, ain't that the truth?

Fashion enthusiasts would strike the easy resemblance between Princess Diana's maternity green dress and Meghan's Emilia Wickstead number. Even the headgears were eerily similar, we think it's a sign! After all, no-one but Meghan alone has had the courage to send such spikey messages through her outfits after the utterly charming Princess Diana herself. 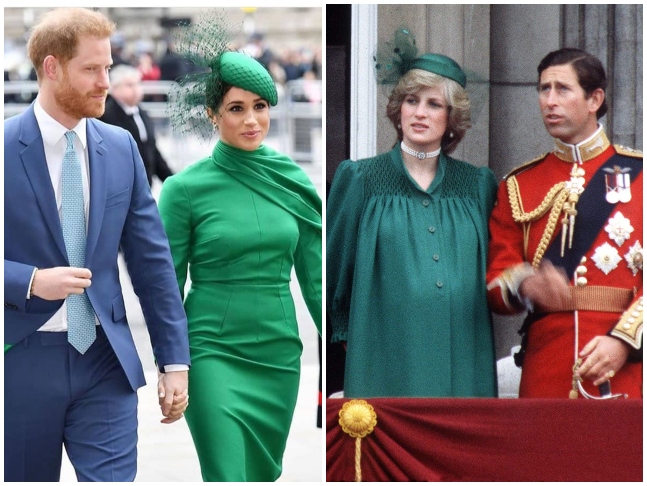 It's freedom-day for Meghan, it's a day of triumph and she's definitely gonna make the most of it!

Known to be Queen Elizabeth's go-to shade of blue, Meghan opted for this Victoria Beckham dress for the last of her Royal roundup. This is indeed, very well-thought-out! *coughs* 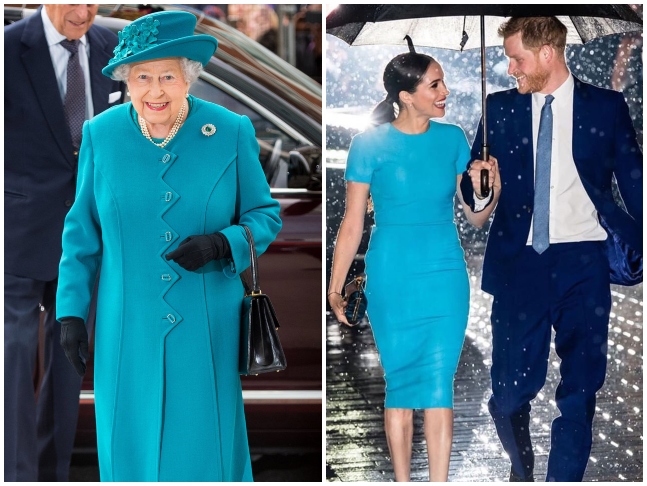 While the hue might not say much, this breath-taking picture, the sheer certainty and the absolute confidence is breathtaking. Wouldn't you agree?

One in the pristine whites

For a visit to the National Theatre, Meghan opted for this TopShop blouse with a Rolan Mouret skirt. Calling for a peace-out, Meghan?

As much as we don't agree to the ways of the Kingdom and Royalty, we do realize that #MEGXIT is actually a big blow to all of them. It's happening, it's inevitable and there's no one who can, should or would want to stop it. While some would agree that Meghan's departure is a deliberate move to keep her away from the Royal affairs, some would also cherish that she would have her freedom and free will at last. At a cost, sure, but something's gotta give, right?

Catch the other looks here:

Bawse babe in a blazer

Grounded with the toffee browns

What are your thoughts?

Being experimental to cosy; practical style lessons to take from Priyanka Chopra Jonas on her birthday!